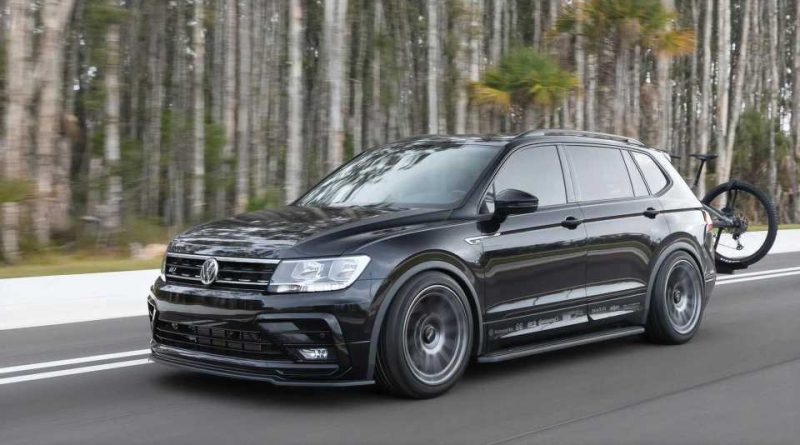 Sacrificing utility for the sake of style.

The latest addition to Volkswagen of America’s 2021 Enthusiast Fleet lineup might come as a surprise since the Tiguan is not exactly the most exciting model from Wolfsburg. That’s especially true when you take into account VoA sadly isn’t selling the high-performance R version launched in Europe with the compact crossover’s mid-cycle facelift.

But I digress. Meet the VW Tiguan SE R-Line Black RiNo Concept as it’s known by its full name. Named after the Riverside North arts district in downtown Denver, Colorado, the low-slung crossover was conceived by Jamie Orr with an assortment of aftermarket bits and bobs. The most obvious change is the low ride height courtesy of a height-adjustable coilover suspension complemented by 20-inch custom wheels with a matte anthracite finish and wrapped in 285-mm tires, some 50 mm wider than the standard rubber. 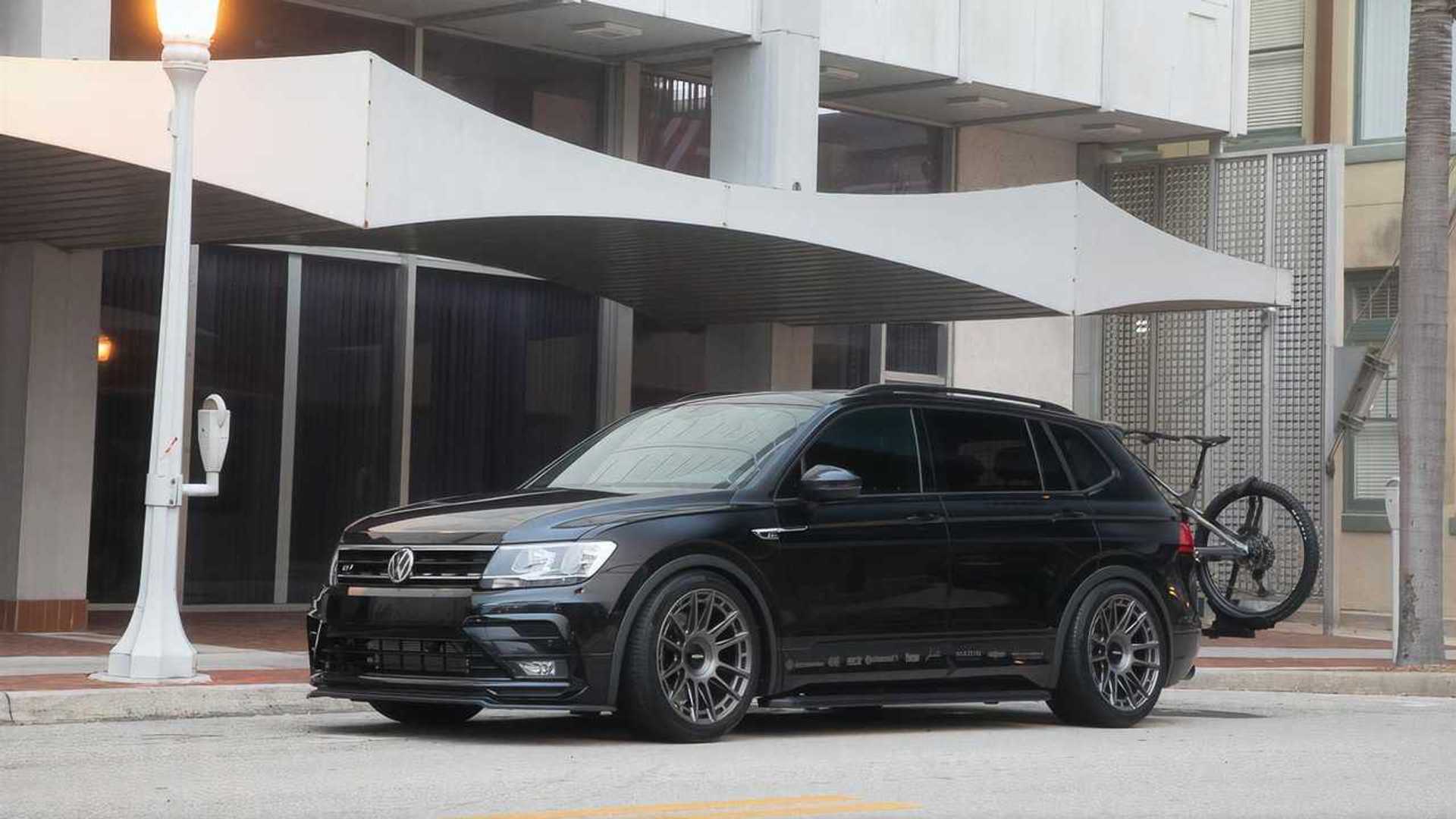 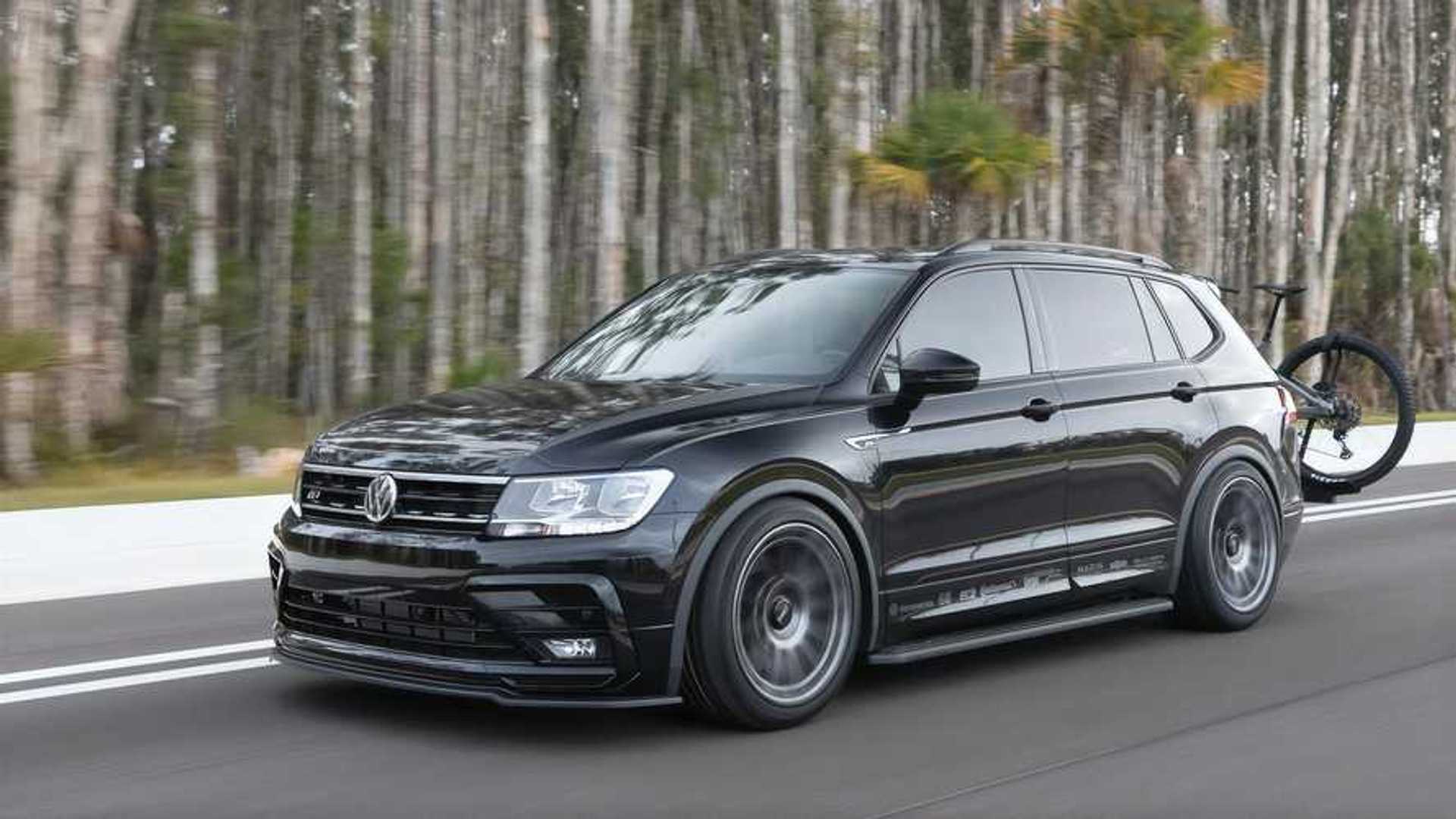 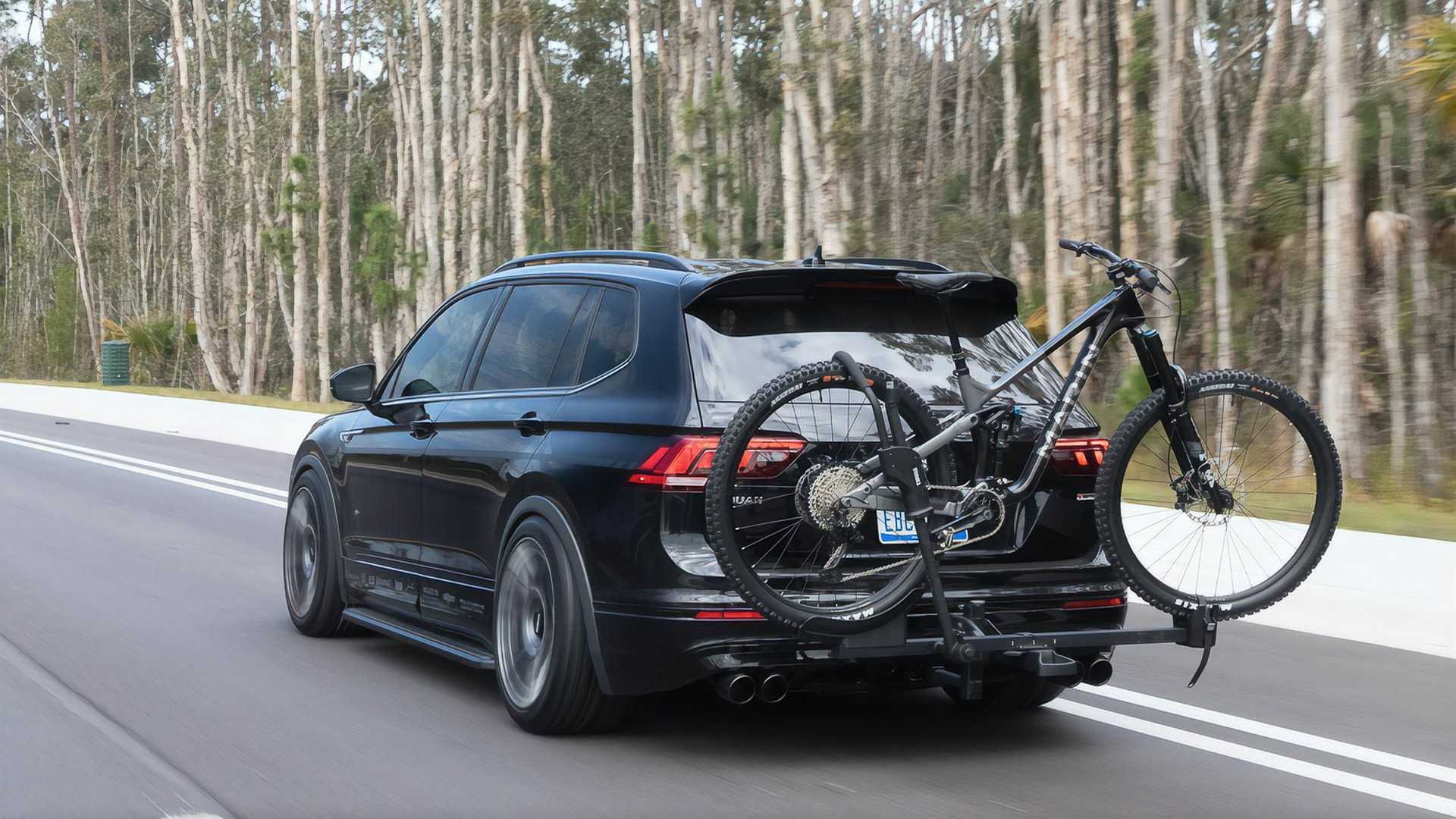 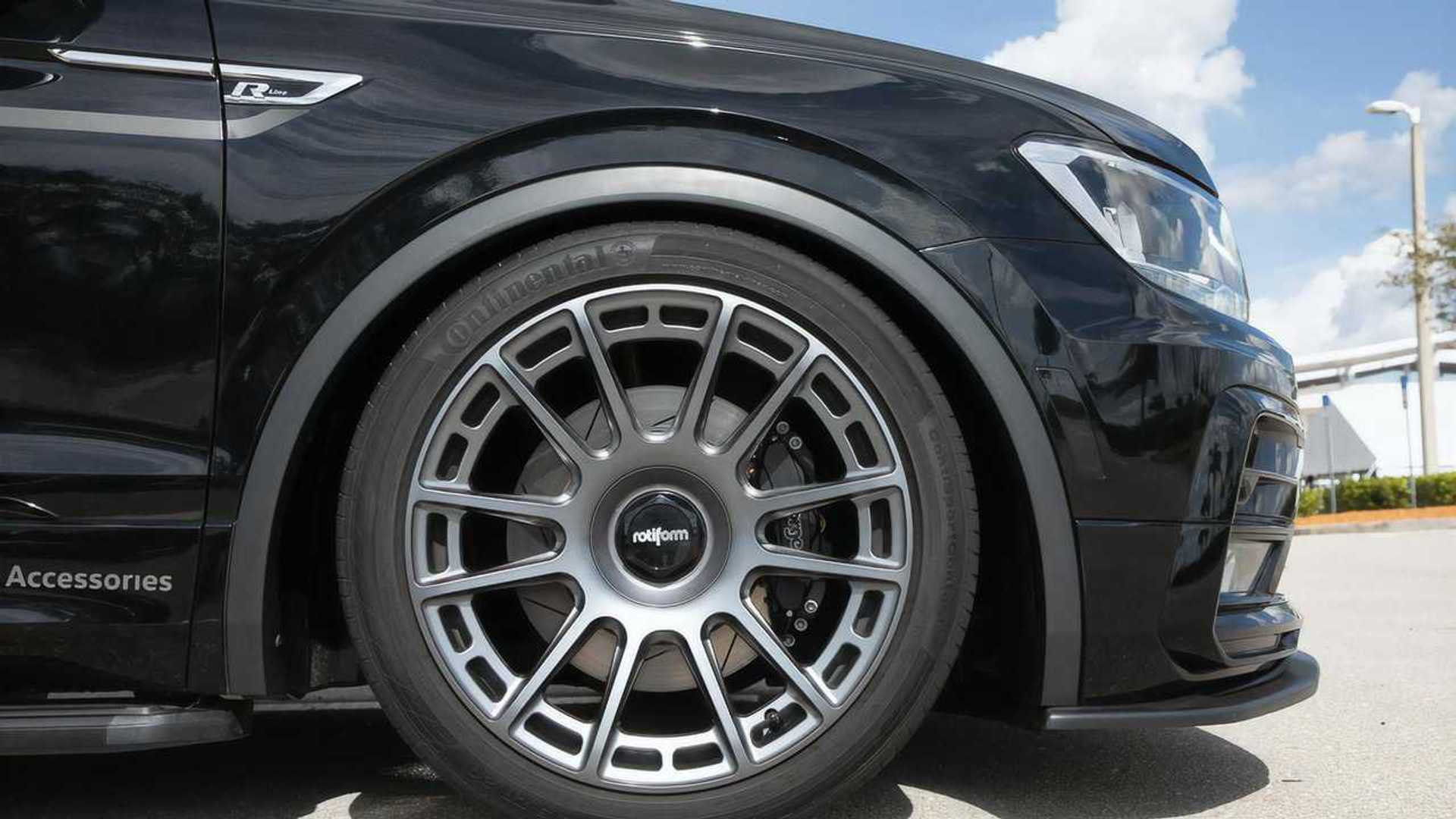 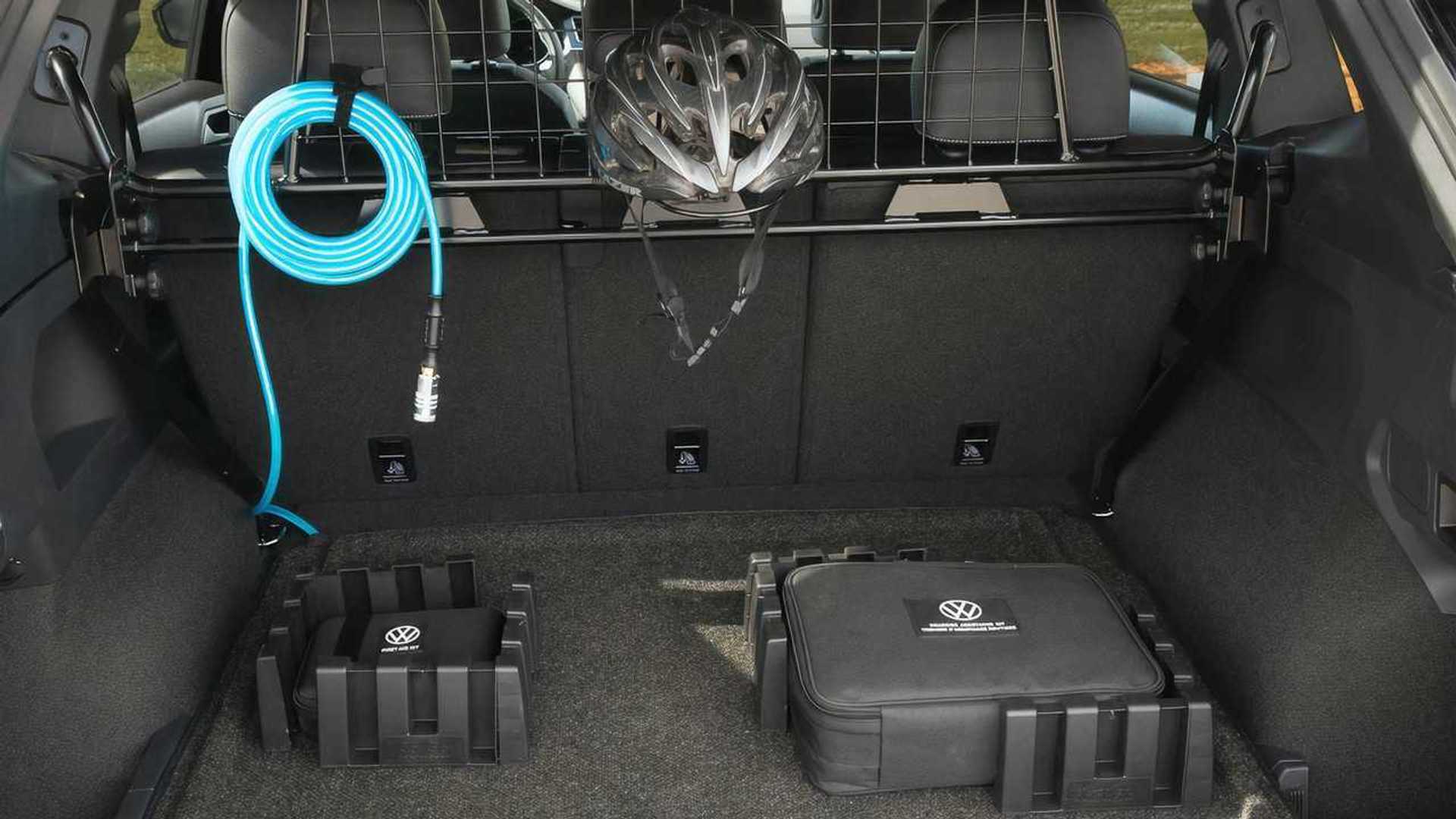 Bigger brakes at the front axle were also added, complete with six-piston calipers for optimal stopping power in any conditions. The sinister crossover went through additional upgrades, which included aluminum side steps finished in black to match the body along with a stainless steel Borla exhaust with glossy black quad tips reminiscent of those fitted on the Tiguan R.

The rear end hosts no fewer than three spoilers but they’ve been tastefully implemented to preserve the OEM look as much as possible. A rear wiper delete makes the Tiguan’s derrière look a little bit smoother, though in this case, a Thule T1 bike rack with a carbon fiber bike has been added since Orr is a cycling enthusiast.

Additional changes were made inside the cabin where the Tiguan Black RiNo Concept has the dock & hook combination base repurposed to hold a bicycle helmet. An LED light bar illuminates the crossover’s cargo area as well as the area outside the vehicle, while a built-in air compressor with tire valve connectors for both cars and bicycles was added.

Rounding off the extended list of modifications is the CNC-made shift knob for the DSG transmission, complete with a hand-stitched Alcantara cover. You can take a tour of the custom Tiguan by watching Orr’s video below. He owns about 20 “rare or unusual Volkswagens,” so it’s safe to say he has a soft spot for the German brand. 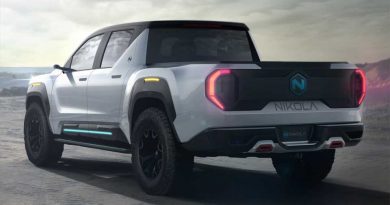 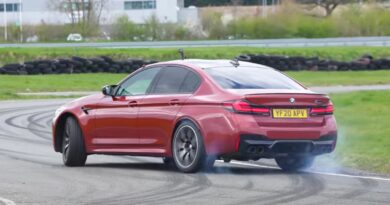