The FIA’s Safety Department on Friday released it’s findings in Romain Grosjean’s fiery crash that occurred on the opening lap of the F1 Grand Prix in Bahrain on November 29.

The investigation report praised the work of safety workers and confirmed that driver safety equipment “performed according to their specifications” in protecting the driver from injuries beyond the burns on both hands suffered by Grosjean in the incident. Safety equipment singled out for doing their job included the helmet, HANS device, survival cell, seat, headrest and the halo cockpit protection.

“Incidents involving fire of this scale are thankfully rare, so it is very important to learn what we can, including the interaction with the high voltage system,” Adam Baker, FIA safety director, said in the FIA’s official findings report. “The efforts of those involved were heroic and have quite rightly been the subject of much praise. Following the approval of our findings by the World Motor Sport Council, we will integrate the actions into the ongoing work.”

The report also concluded that Grosjean crashed into a triple guardrail 180 meters after the apex of Turn 3 at 192 kmh (119 mph) and created a “peak force equivalent to 67g.”

The investigation included interviews with drivers, inspection of the physical evidence, analysis of available video material, as well as examination of the data from the car’s accident data recorder and driver’s ear accelerometers.

“Important learnings have been drawn from these investigations that will drive our continuous mission to improve safety in Formula 1 and global motor sport,” Todt said. “The enduring commitment of the FIA, particularly the Safety Department, on reducing risks associated with motor sport enabled Romain Grosjean to maintain consciousness and survive an accident of this magnitude. Safety is and will remain FIA’s top priority.”

The investigation focused on the two cars that were involved in the accident—the No. 8 driven by Romain Grosjean and the No. 26 Scuderia AlphaTauri car driven by Russia’s Daniil Kvyat, noting that several other cars had a circumstantial but non-consequential effect on the initiation of the accident sequence.

During the opening lap of the Bahrain GP, Romain Grosjean’s car was traveling at 241 km/h (149 mph) when he lost control on the exit of Turn 3 following contact between his right rear wheel and Daniil Kvyat’s left front wheel when attempting to pass from the left to right-hand side of the track.

The car-to-car contact lifted the rear of Romain Grosjean’s car, forcing it to yaw to the right and placing it on an out-of-control trajectory into the run-off area on the inside of the circuit at the exit of Turn 3. Daniil Kvyat also altered trajectory and entered the same run-off area but was able to rejoin the track shortly after without further contact.

Romain Grosjean’s car impacted the triple guardrail barrier behind the run-off area at 192 km/h (119 mph) and at an angle of 29 degrees, with an estimated yaw of 22 degrees to the direction of travel and a resultant peak force equivalent to 67 g. Following the failure of the middle rail of the barrier and significant deformation of the upper and lower rails, the survival cell was able to pierce the barrier and came to rest behind the barrier, constrained by the primary roll structure against the upper rail of the barrier.

The car suffered extensive damage during the impact including separation of the power train assembly from the survival cell. The fuel tank inspection hatch on the left-hand side of the chassis was dislodged and the engine fuel supply connection was torn from the fuel tank “safety bladder”; both providing primary paths for the escape of fuel from the tank.

The driver safety equipment including helmet, HANS and safety harness as well as the survival cell, seat, headrest and Halo frontal cockpit protection performed according to their specifications in protecting the driver’s survival space and managing the forces applied to the driver during the impact.

The high voltage Energy Recovery System (ERS) battery was significantly damaged, with some parts of the ERS battery assembly remaining with the powertrain and others remaining attached to the survival cell.

Fire was ignited during the final moments of the barrier impact, starting from the rear of the survival cell and progressing forwards towards the driver as the fire grew.

The resting position of the survival cell, relative to the upper rail of the barrier significantly restricted the path for driver egress. Due to damage to the survival cell and a number of components within the cockpit environment, Romain Grosjean’s left foot was initially trapped as the car came to rest. The driver was able to free his foot by withdrawing it from his racing boot leaving the boot in the entrapped position in the car and then moved both the dislodged headrest and steering wheel to egress the car.

A comprehensive medical and rescue response to this incident was immediately initiated. The FIA Medical Car arrived within 11 seconds of the incident, a time achieved partly due to the fact a ‘short cut’ was taken to avoid turn 1, demonstrating both local circuit knowledge and pre-planning.

Ian Roberts went immediately to the scene of the incident and instructed a marshal to operate the dry powder extinguisher around the cockpit where he identified Romain Grosjean as trying to make his egress. Alan Van der Merwe retrieved a fire extinguisher from the rear of the FIA Medical Car whilst the local doctor prepared the trauma bag.

Romain Grosjean was able to egress unaided and was out of car after 27 seconds.

Romain Grosjean suffered burns to the back sides of both hands. Following initial examination by the FIA Medical Car personnel he was transported by ambulance to the circuit Medical Centre for evaluation. He was subsequently transported by helicopter to the Bahrain Defence Force Hospital for further assessment and treatment. He was discharged from hospital after three days, on December 2, 2020.

In line with the FIA’s commitment to continuous safety improvement and as a result of its pre-existing body of motor sport safety data, extensive expertise, ongoing research projects and the know how generated by motor sport incidents from around the world in recent decades, including these 19 accidents, the federation is undertaking work in the following areas:

•Regulation of survival cell front geometry, plus additional load tests in that area

•Review of regulation and homologation requirements for headrest assembly

•Update of the FIA Standard for safety fuel bladders

•Fuel homologation to include compatibility of bladder material and specific fuel

•Review of guidelines/process for circuit homologation and licence renewal

•Investigation into improvements to the gloves’ Heat Transfer Index (HTI)

•Ongoing research project: Visor opening/locking mechanisms; project scope extended to include requirements to ensure that visor opening systems are operational after being exposed to fire

Additionally, the FIA Safety Department is also planning further research projects such as:

•Research into novel barrier systems, effective across a wider range of impact conditions 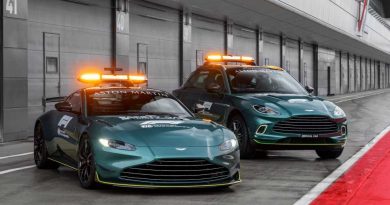 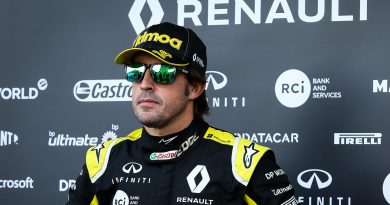 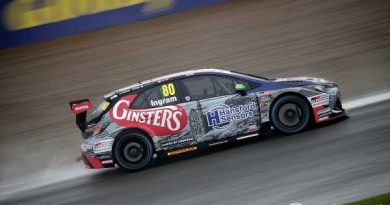