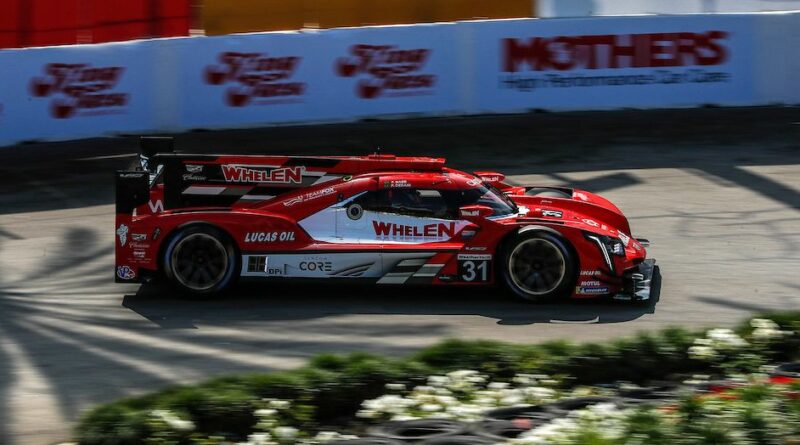 It’s now or never if the Whelen Engineering/Action Express No. 31 IMSA WeatherTech SportsCar Championship Daytona Prototype of Pipo Derani and Felipe Nasr is going to legitimately contend for the 2021 championship.

And “now” means the Acura Grand Prix of Long Beach. 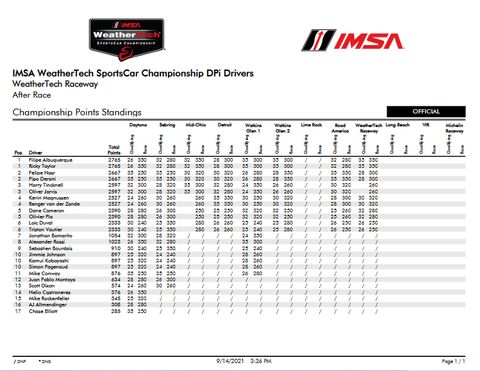 The Cadillac DPi team is close in points to the championship-leading Acura of Ricky Taylor and Filipe Albuquerque, which has a 98-point advantage going into Saturday’s race, but Nasr and Derani are also just 70 points ahead of the third-place car, the Mazda of Harry Tincknell and Oliver Jarvis.

“We’re not really thinking about the Mazda, to be honest,” Derani said. “We want to go for a championship here and we’re trying to make sure that we can try to win because that’s the best way that we can go for it in the last race. If we win here, if we do our jobs right, it will put us in a good position for the final race of the season.”

A win at Long Beach would be the team’s third of the season.

That final race isn’t until November at the Petit Le Mans at Road Atlanta, another track the duo likes. “I love that place,” Nasr said. “It’s a very unique track, pretty traditional in some ways, and I just love the flow especially in the first part of the track, turn one then down through the esses. We’ve won there before, so we know what to do. I think it will play well into our hands, given the success of the team and the success we’ve had there in the past.”

Derani has nothing but good things to say about the Long Beach street course, which is just under two miles long, carved out of downtown roads. “I think it’s a great track, very iconic, a great history around the streets of Long Beach. Its always cool to drive a street track like this one, of course you have the walls really close to you but that gives it an extra thrill. I’m happy to be back after a year off.” The race was cancelled in 2020 due to COVID-19. 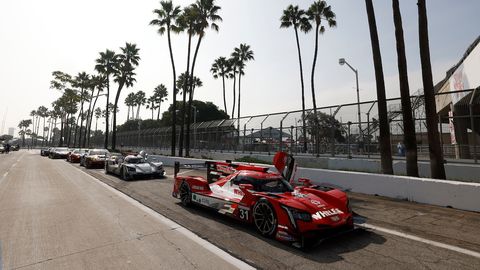 “We like coming here as drivers and a team,” Nasr said. “There are a lot of challenges when you’re racing on a street course to set up the car correctly and maximize the pace on the track. When we were here last in 2019 we were leading the race when we lost a wheel, which took all our attention off winning.” The team still came back to finish third. “We’ve been knocking on the door for a victory and we’d like that to happen this weekend.

“You look at the record and see the history of the Cadillac car, it’s been pretty amazing on street courses and I want to prove that again this weekend,” Nasr said. “We have to make sure we get everything right every session, make sure we put the car in the right place. I’m happy to be here, I love being in California. So let’s get it on.”

The Acura Grand Prix of Long Beach airs at 5 p.m. Saturday on NBCSN. 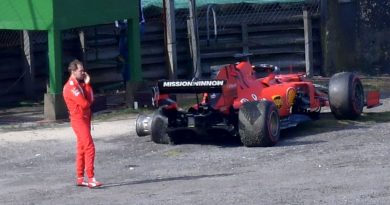 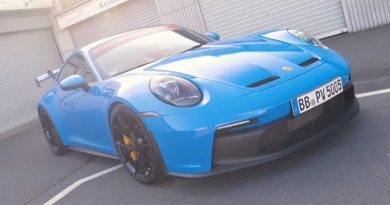