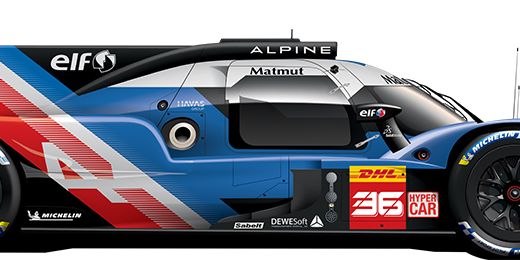 French manufacturer Alpine announced on Tuesday that it is committing to the FIA World Endurance Championship’s Hypercar category for four years, beginning in 2024.

The plan calls for Alpine to enter two LMDh cars in the World Endurance Championship’s Hypercar class. The car will feature an Oreca chassis and Alpine engine. Alpine plans to draw knowledge from its current involvement in Formula 1 to come in handy when time to begin development its hypercar power unit.

Manufacturer and long-time Alpine racing partner Signatech will also be on board to assist Alpine in the new project.

Signatech and Alpine have had several major sports-car triumphs since joining forces in 2013, including those in the European Le Mans Series (ELMS) with driver and team titles in 2013 and 2014. In the ​WEC, the collaboration boasts two LMP2 world titles (2016 and 2019) along with three victories at the 24 Hours of Le Mans in the LMP2 category (2016, 2018 and 2019), plus a podium in the Hypercar class at Le Mans this year.

According to Tuesday’s anouncment, Alpine and its partner Signatech intend to remain involved in the WEC until 2024 before committing to the WEC’s Hypercar category for four years from 2024.

🇫🇷 Alpine is entering the Hypercar class in 2024!
The French make will be joining Toyota, Peugeot, Glickenhaus, Porsche, Ferrari, Audi, Cadillac, Acura and BMW in the premier league of endurance racing.

“The Alpine Endurance program underlines the brand’s dedication and ambition in motorsport,’ said Laurent Rossi, CEO at Alpine. “By competing in both Formula 1 and endurance, Alpine will be one of the rare brands to be present in the two key disciplines of motorsport. We will make the most of Formula 1 and endurance through technical and technological synergies to gain the advantage over prestigious opponents.”

“It is a great pride for Signatech to have been chosen by Alpine for its arrival in LMDh.” said Philippe Sinault, team principal at Alpine. “This represents the culmination of a common project that began eight years ago. More than ever, we have great ambitions, and are happy to take our collaboration to another dimension. After 32 years of career in motorsport, I can’t wait to challenge the most prestigious manufacturers on the planet, with Alpine, a brand that conveys passion and lives only for victory. “

Alpine becomes the latest manufacturer to commit to the Hypercar class, joining Toyota, Peugeot, Glickenhaus, Porsche, Ferrari, Audi, Cadillac, Acura and BMW. Cars in the Hypercar class will also be eligible to race in the top level of the IMSA WeatherTech SportsCar Championship.

“Another prestigious marque has joined the Hypercar class, the new premier league of endurance racing,” said Pierre Fillon, president of the ACO. “There have been so many announcements over the past year and the latest from Alpine is excellent news for our discipline. The Hypercar regulations are a success and we’re delighted to see such a high-quality grid taking shape.” 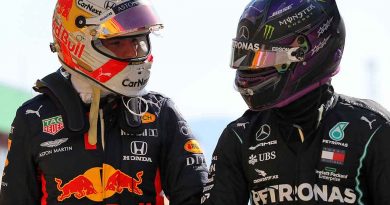 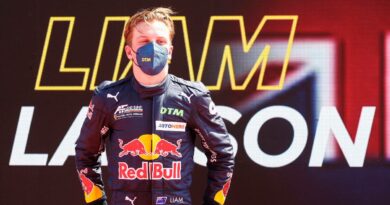