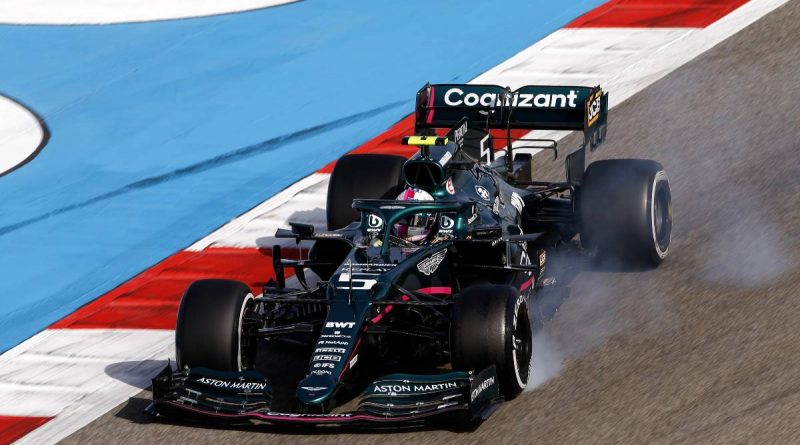 Sebastian Vettel’s troubled start to life at Aston Martin continued to head in the wrong direction with more woes in the Bahrain Grand Prix.

The four-time former World Champion had hoped his switch to the Silverstone-based team after six years at Ferrari would give him a new lease of life, but there is no sign of that so far.

Pre-season testing problems left Vettel “100 laps short”, in his own words, of the mileage he thought he needed in his new car, as well as the Aston Martin not appearing to be particularly quick, and then he started the season’s opening race right at the back of the grid.

After qualifying 18th, the German was demoted to last at a meeting with the stewards four-and-a-half hours before Sunday’s race because on his last run in Q1 he was found guilty of failing to slow down sufficiently for double yellow waved flags.

Things got no better in the race. Only F1 debutant Mick Schumacher finished behind Vettel of those still running at the end after the 33-year-old had been involved in an incident with Esteban Ocon at turn one, running into the back of the Alpine and causing both to spin – also sustaining front wing damage to his own car.

Front wing damage for #SV5 after he locks up into the first corner and makes contact with OCO.#BahrainGP https://t.co/cxHqoSLf2v

Vettel immediately blamed Ocon over the team radio for moving off line in the braking zone, but all the Frenchman appeared to be doing was taking the racing line into the corner – and the stewards concurred as they gave the Aston Martin driver a 10-second penalty.

In all, Vettel picked up five penalty points in one day – three for the yellow-flag infringement in qualifying, which accompanied what was officially a five-place grid drop, and two more for the collision with Ocon.

“Obviously it was a tricky race,” Vettel told Sky F1. “We had a good first lap and then decided to do something with strategy, doing a one-stop. I don’t think it paid off in the end but we had to try.”

Of the Ocon incident, he added: “I was sure he was leaving me space on the left and I was trying to cut back but he was moving left as well. I locked the fronts and couldn’t avoid hitting him front on, which wasn’t great for both of our races.” 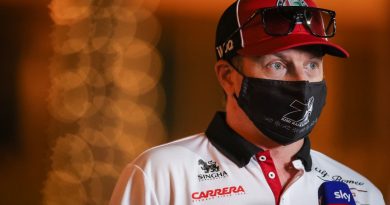 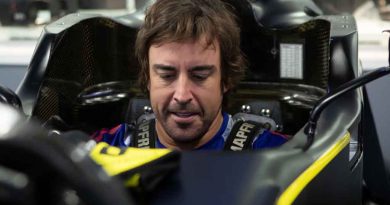 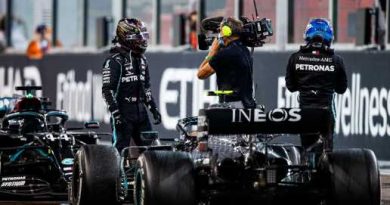