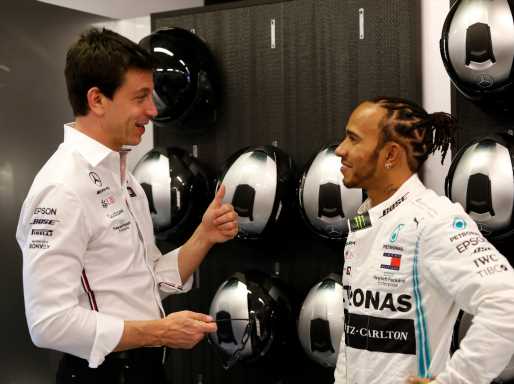 Mercedes boss Toto Wolff has admitted that he and Lewis Hamilton “don’t like” the new contract negotiations because they are friends.

The Silver Arrows have dominated Formula 1 in the turbo-hybrid era, collecting all six Drivers’ and Constructors’ titles on offer.

And Hamilton has been arguably the biggest cog in that machine, taking five World Championships since joining the team in 2013 and he will go into 2020 with a chance of equaling Michael Schumacher’s record of seven titles.

That could well be his last year in Mercedes colours though – his contract is up at the end of the season and Ferrari are sniffing around.

But Wolff is going to sit down with Hamilton as they try to agree on a new deal, not that they like the negotiations.

“The dynamic is very good, we have known each other for such a long time and have the greatest respect for each other,” Wolff told Sky Sports F1 at the launch of the W11 at Silverstone on Friday.

“A racing driver knows his value and we do, and on the other side Lewis is very aware about where we are as a team and as a motor company.

“So overall these discussions we don’t like them because we are friends and very close to each other on this current journey, but it’s part of the job.”

Hamilton gave little away about where his future may lie, but did say the fact that Mercedes want him to stay is important to him.

“He [Wolff] is an incredible businessman so I learn a lot from this man,” said the six-time World Champion.

“I think it’s a real privilege firstly to be wanted to stay and be part of a great team, that’s a great feeling.

“So I hope I can continue to contribute to the team’s success.”

Hamilton and team-mate Valtteri Bottas got their first taste of the W11 during Mercedes’ filming day for the W11 at Silverstone, and Wolff described the team’s new challenger as an “evolution” of the W10, rather than a “revolution”.

“It is an evolution, and not a revolution, but I think we optimised the whole package,” he said.

“Everything is a bit more neat. We tried to cure our weaknesses from last year. Cooling was a bit of an issue and I think what we see today is the outcome and I believe the car is definitely a step in the right direction.” 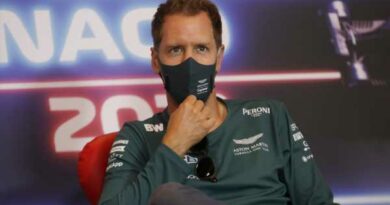 Marc Surer: Sebastian Vettel has not lost his talent 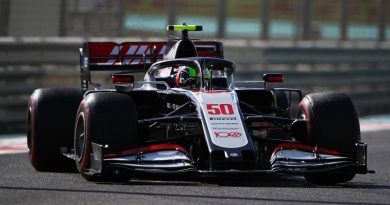