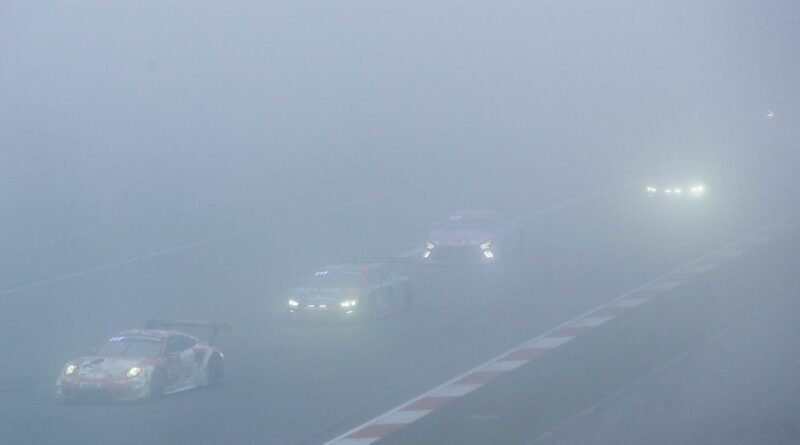 The 24 Hours of Nurburgring is notorious for being scuppered by bad weather. The circuit’s location in the Eiffel Mountain makes for highly changeable conditions, and the sheer size of the track means it could be bone dry in places and sopping wet in others.

This year, however, the weather gods were unhappier than usual. The heavens opened about 45 minutes into the race, first only covering parts of the track, before coating the whole lot. Numerous accidents followed, but the race was able to continue. Until that was, dense fog settled on the area, making racing too dangerous.

‘Code 60’ sections – which limit drivers to 60kmh (37mph) – were put in place at Dottinger Hohe and at the Schwedenkreuz, but this was causing competitors’ tyres to cool down too much, race director Walter Hornung said. In the end, the red flag came out at 21:30.

There was no racing at all overnight, with on-track action not resuming until around 12:00 on Sunday. In the end, there were around nine and a half hours of racing and 59 laps completed by the top-finishing cars, making it the shortest N24 ever.

The dubious honour previously went to the 1992 running of the event with 76 laps completed. Stoppages have become increasingly common in recent years – of the nine interruptions in the race’s history, five of those have happened since 2013.

Last year’s N24, which was held much later in the year than usual due to the global pandemic, suffered a near-10-hour suspension due to heavy rain. 2016’s race stopped for four hours due to a hellish combination of rain, hail and fog, and in 2013 nine hours of racing was lost due to rain. 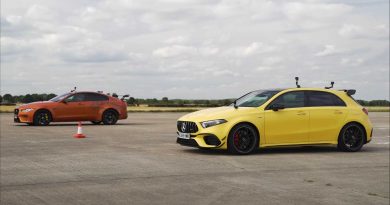 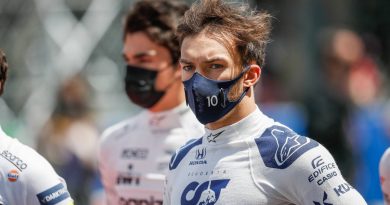 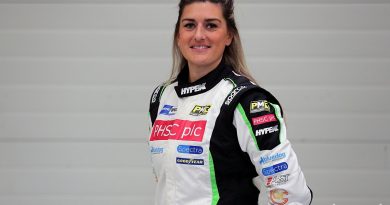