Next year’s schedule is intended to be the busiest in the history of the sport, consisting of 23 rounds in total if all goes to plan.

It will be hugely busy for the teams, with races being held all over the world and multiple double and triple-headers taking place.

Vettel has called on F1 to bear in mind all of the people that work within the sport are human beings and will be under a lot of strain.

“We mustn’t neglect that we are a group of people and human beings travelling around the world,” he told reporters in Turkey.

“You can do the numbers. If we have 52 weekends in a year, we do 23 of those as races and [there are] a couple of months in a year we can’t hold races in most places around the world. It obviously gives you a very intense season.

“The objective should be [that] we have a sustainable way to run our season, not only for our environment but also looking at the human resource.

“If you have so many people involved, the weekends are far longer than the Saturday-Sundays that we see on the TV. I think drivers, we are on the lucky end.”

The Aston Martin driver added that a priority should be ensuring staff can spend more time with their families.

“Most of them, whether it’s engineers or mechanics, staff working in the team, they have a family or children they want to look after,” said the German.

“So we must be very careful where we want to put our interests.”

DR in the house. 👍 pic.twitter.com/gMhIv1bKfV

The McLaren man also said that, with teams being away from families and friends so much, relationships they build with each other are important – and hopes COVID-19 restrictions are eased because of that.

“It’s really important for the team to have close relationships with other members of the team,” he said.

“[We’re] away from families for long periods of time, especially the triple-headers, so you need to kind of rely on your team-mates to help you out if you’re a little down or missing home or whatever.

“I really hope next year the world keeps opening up and we can interact more with the team. Not just at the track but [we want to] do some events, do some dinners and I think having that social life outside of the paddock on a race weekend helps break up the weekend as well.” 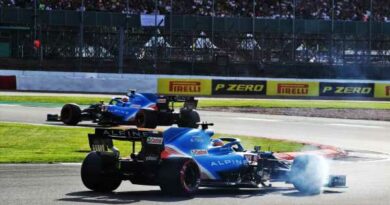 Budkowski: Lack of Alpine engine data could cause 2022 problems 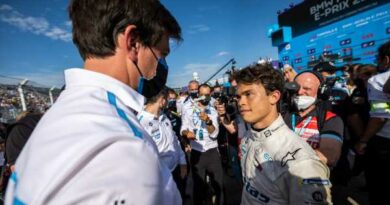 Russell backs De Vries but F1 move 'not that simple' 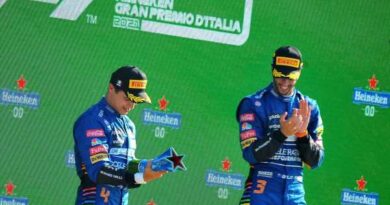 Brundle feels for Lando Norris: 'It could so easily have been his'