Sebastian Vettel has said he will continue to be vocal about issues he believes in despite receiving backlash for some of the comments he has made.

In recent years, the four-time World Champion has become a vocal activist for causes he believes in such as protecting the environment and equality rights.

Before the Canadian Grand Prix, he wore a helmet denouncing oil sands mining in the country but was criticised for having an oil company, Aramco, sponsorship above the message.

He subsequently did not wear it for the race but Aston Martin denied he been ordered to remove it. Vettel himself has said he does not care about the backlash he gets for his stands.

“I don’t care,” he told the Telegraph. “There are topics that are just bigger than the interests of a sport. Formula 1 is, to me, about the passion for driving the car, about challenging yourself on the edge.

“But look at the bigger picture: this is also a big business where you’re looking to turn a lot of money around for certain people. To me, that isn’t really important. It feels like a wasted opportunity if you’re not using the platform that we have.”

Vettel has argued that he is raising attention to important issues that a country’s own residents may not know about and highlighted the example of a chat he had with Nicholas Latifi.

Another quality design from JMD 👏 pic.twitter.com/uRn25JGsH4

“I just asked Nicolas Latifi. He is from Canada, he has lived his whole life in Canada, and he doesn’t know anything about it. It’s not to put the finger on Canada and say, ‘Shame on you.’ That’s not the point. It’s about the fact that we all live in a fossil fuels world, and that it will end.

“The question is when, and how harsh it will be. That was clear 50 years ago – and it’s clear today.”

The German driver also recently appeared on the UK’s Question Time where he discussed issues such as climate change. Vettel said he appreciated he is a lot different than he was 10 years ago.

“It’s not an overnight thing,” he said. “I agree, it’s very different to what I sounded like 10 years ago. But look at the age on my passport. There is a time and an age for everything. I’m very happy that I discovered these other subjects, because they made my world grow. It now feels very natural to talk about them.

“Human history is a story of great inventions but also one of exploitation and injustice. These things have to be said, because they are a part of where we are today.

“It feels like a responsibility. I’m not telling people to buy a certain drink or a certain shirt because it will make me richer. I’m not interested in that. Human rights and the climate crisis are bigger than anything else.” 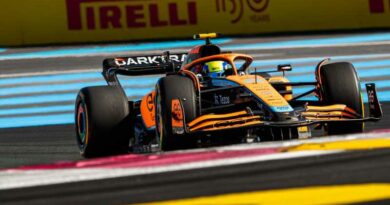 Lando Norris: Extra porpoising could be 'good thing' for McLaren 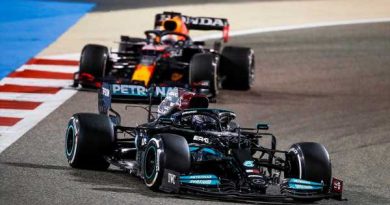 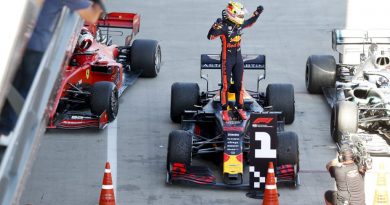 'Two Austrian GPs could indeed by good for Max'