Home » Racing » Ross Brawn: Title ‘must’ be decided on track in Abu Dhabi

Ross Brawn says he does not want to see this historic World Championship fight decided in the stewards’ room in Abu Dhabi on Sunday.

Max Verstappen and Lewis Hamilton go into the final race of the season level on points at Yas Marina, but the Red Bull driver officially leads the World Championship by virtue of having nine race victories to Hamilton’s eight.

With that, whoever finishes in front between the two of them will win the title in this most memorable of seasons in Formula 1. But neither driver finishing in the points, or both of them retiring, would see Verstappen crowned World Champion for the first time.

The two championship challengers came into contact again in Saudi Arabia, where Hamilton went into the back of his Red Bull rival when he slowed to let the Mercedes by.

Hamilton went on to win the race and Red Bull team principal Christian Horner has insisted his team want to win the championship in a ‘clean’ way, with a showdown to come when the lights go out on Sunday.

Brawn described Jeddah’s debut on the calendar as “sensational” but when he looked forward to the 2021 finale, he urged both drivers to not “step over the line” while in combat.

How will Max Verstappen approach the Abu Dhabi title decider?

PlanetF1 explains why the Dutchman has some serious thinking to do.https://t.co/uOrFkxecWV #F1 pic.twitter.com/WfNIqFpKhp

“This sport has had everything this season and it gave us even more on Sunday,” Brawn wrote in his post-Saudi Arabia column on Formula1.com.

“So much intrigue, so much tension, so much fighting between the two main protagonists. It was just sensational.

“I think it’s been 47 years since we went into the last race with both contenders on the same points and I think everybody wants to see a fabulous contest in Abu Dhabi.

“It will be tough. Neither will give an inch but we want a sporting competition. We don’t want to step over the line.

“We don’t want this championship to be decided by stewards’ decisions and to end up in the appeal courts or elsewhere. It must end up on the track in Abu Dhabi with the best driver winning.”

The layout of the Yas Marina Circuit has been altered significantly and will be used by Formula 1 for the first time this weekend, with five corners from previous chicanes removed and much faster average speeds and lap times expected.

Hamilton has taken victory in each of the last three rounds, but Verstappen will head back to Abu Dhabi having dominated last year’s edition of the race. 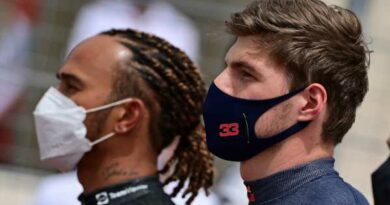 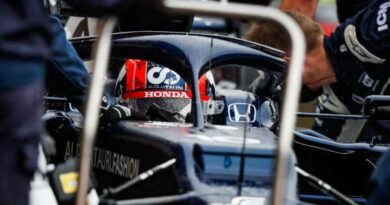