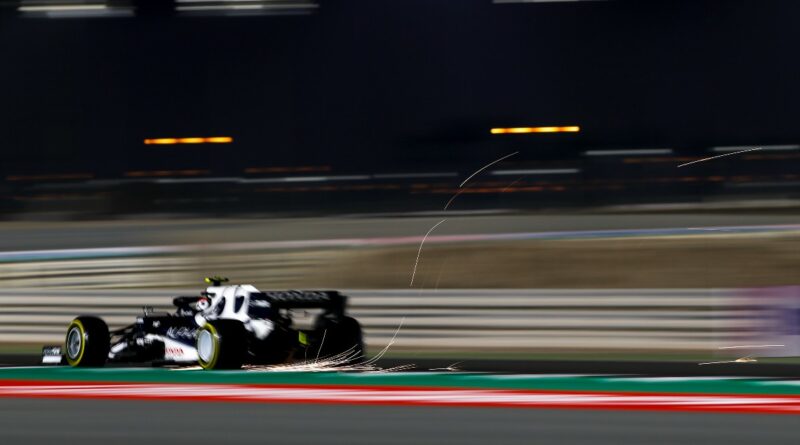 AlphaTauri’s production line has been busy making front wings this season, and another bit the dust for Pierre Gasly in Qatar Grand Prix qualifying.

While Red Bull were struggling to contend with their title rivals Mercedes on Saturday at the Losail International Circuit, the other Honda-powered team, AlphaTauri, were excelling with Gasly set to line up P4 at worst for the start of Sunday’s race.

His Saturday action did end on a slight down note though, with a tough ride over the kerb at Turn 15 breaking the front wing on his AT02, which in turn led to a puncture.

He could yet though start P2, depending firstly on the stewards’ verdict on P2 sitter Max Verstappen, who is under investigation for a possible yellow flag infringement while the drivers were being warned about slow-moving Gasly.

Valtteri Bottas, who is currently due to line up P3, is also being investigated for failing to respect single yellows.

But what is certain is AlphaTauri have now lost another front wing from their pool.

“We have lost a lot of front wings this year, with Daniel [Ricciardo] especially in Bahrain, in Monza. I lost another on the kerb at Sochi, so we know they are pretty fragile.

“But in a seventh-gear corner it was quite shocking when I lost it, but everything went well.”

give us another thumbs up if you qualified on the second row of the grid, again 😎 👍 @PierreGASLY pic.twitter.com/URnIFbj6nn

Of course it was far from an ideal way to bring qualifying to a close, but Gasly was definitely focusing on the positives as he made it into the top five on the grid for the third race weekend in a row.

Asked if he was happy with his qualifying display, Gasly replied: “Yeah, really happy, the whole weekend has been really good so far.

“We started in FP1 with a really good car, really good balance, and especially coming to a new track it’s a pretty big challenge and we managed to keep that performance all the way through the weekend so far, and qualifying in fourth position.”

It remains to be seen whether or not the track will lend itself to overtaking, but for pure driving experience Losail is proving popular with the drivers.

In fact, it has shot into Gasly’s top five.

“It’s really amazing. I think I didn’t expect it, but I’ll probably put it in my top five,” said the Frenchman.

“It’s just super-high speed and really flowing from Turn 1 till Turn 10, [you’re] always doing something inside the cockpit and also at really high speed, so a lot of G’s and a lot of adrenalin.”

So, looking ahead to the race, can Gasly make further progress up the order? Maybe with some Red Bull assistance from Verstappen if he keeps that P2 grid slot?

Well, Gasly is not so sure he will possess that level of performance but on a new track, he hopes for something unexpected to open up the possibility of a podium.

“The thing is I don’t drive a Red Bull in the end, so I don’t have the pace they have, but obviously I will try if we have an opportunity at the start or on the first lap, or even in the race if the pace is good enough, we will try everything we can,” he said.

“But I still expect these guys usually in race pace are quite a lot faster than us, so let’s hope. It’s a new track, maybe some unexpected things can happen.

“Obviously if I can finish on the podium then I’ll try my best.”

It was also a strong qualifying showing for Yuki Tsunoda, who made it into Q3, going on to provisionally claim P8 on the grid in the other AlphaTauri.

And if he is to make any further progress, the start will be “key” in his mind.

“The start will be key. Everyone is excited, the first time here, so it will be important for the start,” he told reporters in the paddock. 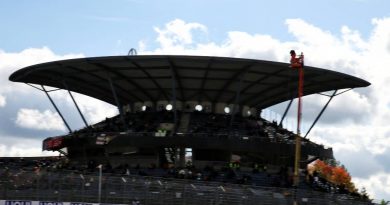 Charles Leclerc 'liked' having only one practice session | Planet F1 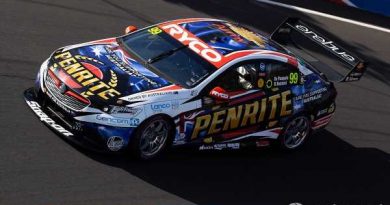 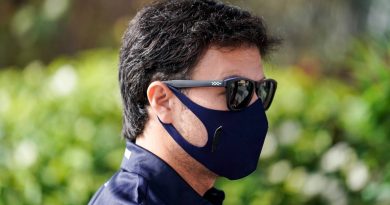 Helmut Marko: Sergio Perez ready from race one, not five