Ex-Aston Martin team boss Otmar Szafnauer is reportedly closing in on a move to Alpine, and bringing pink with him.

Alpine and Aston Martin have both been ringing in the changes during the off-season.

Over at Aston Martin, Szafnauer has departed his role as team principal, as had been rumoured ever since Martin Whitmarsh arrived as the new CEO of the Aston Martin F1 team.

Since then experienced former BMW head of motorsport Mike Krack had taken over the team principal role.

Alpine’s staff shuffle has been the more volatile, with Alain Prost, who turned down an extension to his non-executive director role at Alpine, taking a final shot at the brand’s CEO Laurent Rossi after the premature announcement.

Prost claimed in an interview with L’Equipe that under Rossi there was a “real desire to put a lot of people on the sidelines”, Prost included, with the Frenchman adding that “Laurent Rossi wants all the light”.

Marcin Budkowski also left Alpine having served as executive director, and it is a role of this kind which Szafnauer is now expected to slot into, as MARCA report.

In addition, Szafnauer reportedly will also bring Austrian water treatment firm BWT with him to Alpine as a sponsor, having worked with them previously at Force India, Racing Point and Aston Martin.

As the title sponsor for Force India and the team’s next incarnation, Racing Point, BWT inspired an iconic pink livery, which as the team transitioned to Aston Martin, made way for the racing green, with hints of pink remaining.

The latest edition of AUTOhebdo backed up the talk though that the pink would return in force at Alpine, running a mock-up image of the 2022 Alpine which showed the pink of BWT dominating the rear-end of the car.

The 2021 season was Alpine’s first in Formula 1, following the rebranding of the team which saw them take over naming rights from parent company Renault.

Although Ferrari and McLaren finished the season comfortably at the forefront of the midfield, Alpine were delighted with their race management which they believed allowed them to maximise opportunities and secure P5 in the Constructors’ Championship.

There was also a first race win, with Esteban Ocon taking to the top step of the podium in Hungary, also his first victory in Formula 1, while Fernando Alonso secured P3 in F1’s first Qatar Grand Prix. 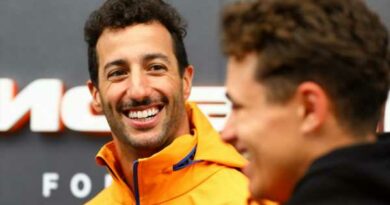 Daniel Ricciardo speaking with Lando Norris about 'everything' 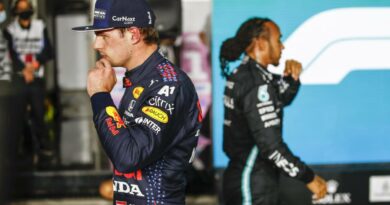 Netflix release trailer for upcoming series of Drive to Survive 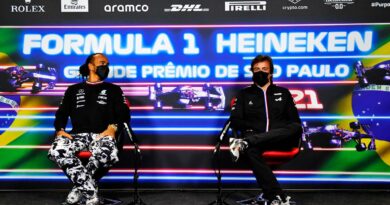