When Joey Logano first won the Bristol Night Race in 2014, he called it the ‘Biggest Mamma Jamma of them all.’

“I don’t know the words that come out of my mouth sometimes,” Logano said, laughing, and wiping a tear from his eyes. “I should think more before I talk.”

No, but seriously, it’s a big deal, right?

After all, Logano just did something that hadn’t been done since Richard Petty 51 years ago so you’d assume this would have to rank up there with his other signature achievements.

“Can you compare it to the Daytona 500? I don’t think you really can. Daytona, Brickyard, Southern 500, Bristol Night Race, they’re all big races, right? They’re all kind of crown jewels that we look at. The Coca-Cola 600, too.”

Logano isn’t sure if winning the Food City Night Race is on the same level because Crown Jewels aren’t born overnight.

“But winning on dirt, that’s still something special, because I can now say that I’ve won on superspeedways, short tracks and dirt tracks,” Logano said. “That’s kind of a neat thing to put on your résumé.”

That was especially true considering that no one knew what the future held for this event when it began at 4:19 ET on Monday afternoon. For all anyone knew, this could be their only shot to win on dirt — a once in a career résumé builder.

Of course, that changed during the final competition caution with 50 laps to go when track President Jerry Caldwell announced to the crowd that the spring event would remain a dirt event through at least next season.

“If they told me during the race, maybe I wouldn’t have had much emotion because I had a bigger thing in my mind at the moment,” Logano said. “Now I’m excited about it for a lot of reasons.”

He’s excited that fans can have the opportunity to sell out Bristol Motor Speedway next year. He’s excited for the grassroots race teams that get to compete during the Dirt Nationals. There was an aura surrounding this event, and Logano will forever be associated with the moment.

“When I came up here last week to race a modified, I walked up in the grandstands, looked at the racetrack, and said to myself ‘this is the weirdest thing I’ve ever seen,'” Logano said. “It’s crazy to even think how this is possible.

“This is a crazy show, being able to look at Bristol with dirt on it, everyone wants to see that in person.”

If they get the best out of what they saw on their television sets, they’ll come back.

The top-5 ran nose-to-tail for the final 15 laps before the final competition caution. Logano and Denny Hamlin raced side-by-side and nose-to-tail for much of the final stage. Hamlin had multiple opportunities to push Logano up the track and into the fluff but chose not to do it.

Instead, he tried against hope to work an outside groove in — one that never came around.

When the race came down to a green-white-checkered, Hamlin again had a chance to root Logano out of the way but again chose an outside line that simply wasn’t there.

“I just wasn’t aggressive enough,” Hamlin said. “I should have shoved him out. When I had position on the bottom, I should have just moved up and got him in the dust and got rid of him. I just wanted to pass him clean. I didn’t, so I didn’t win.”

If the dejection wasn’t obvious enough, watch the soundbite instead.

Denny Hamlin on what he wishes he had done when ge got side by side with Joey Logano. pic.twitter.com/O1AqW4uJUN

And if it wasn’t clear enough yet, Hamlin clearly wishes he could have that one back.

Maybe this isn’t the Biggest Mamma Jamma but winning the inaugural Food City Dirt Race was clearly a big deal. Winning any race at this level is a tremendous accomplishment, but this wasn’t a standard issue weekly Cup race.

Logano earned the right to be the only active driver to have won on a superspeedway, intermediate, short track and on dirt.

“There’s no one else actively that can say they’ve done that right now because this is the only dirt Cup race (that) we’ve had in 50 years,” Logano said.

“That’s something I take some pride in, knowing that I’m a versatile driver, and you have to be at this level. That’s what is so attractive to me about racing in NASCAR, is that you can race different types of racetracks. There’s bumping and banging, different disciplines you have to be good at. It’s a real, real challenge. It’s really hard to race at this level.”

It was just made a little harder this weekend and moving forward.

The inaugural Food City Dirt Race wasn’t the Biggest Mamma Jamma, but Logano and Hamlin issued the recipe for how one begins.

Could the NASCAR Cup Series Race on a City Street Course? 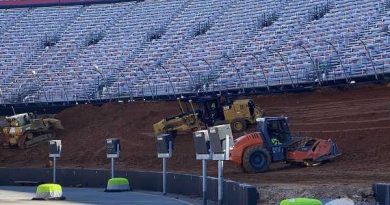 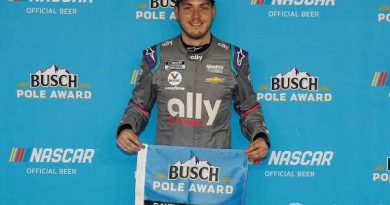