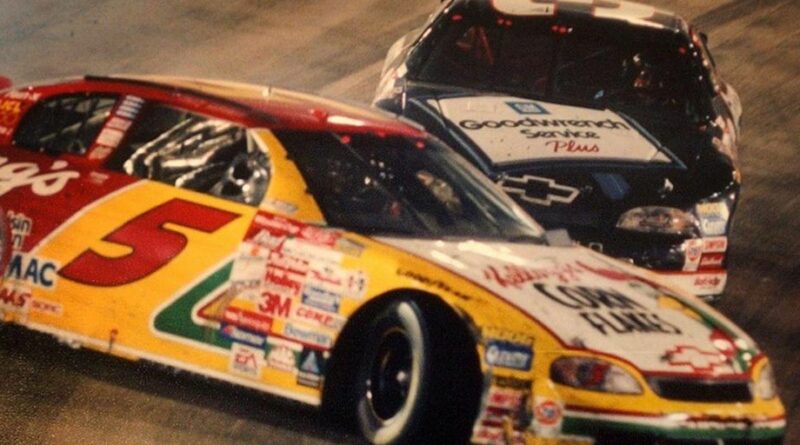 Some of the most memorable moments in NASCAR history have taken place during the Bass Pro Shops NRA Night Race on iconic Bristol Motor Speedway’s super-challenging .533-mile concrete oval.

When the stadium lights came on for the very first time at BMS on the evening of August 26, 1978 to illuminate the Volunteer 500 NASCAR Cup Series race, no one knew at the time that it was the beginning of something truly special. Cale Yarborough raced to victory that evening and ever since fans at The World’s Fastest Half-Mile have loved the energy and atmosphere created at every edition of America’s Night Race since, and simply love watching their favorite sport under darkness in the cool crisp evening air.

As the revered NASCAR high-banked oval celebrates its 60th anniversary in 2021, images and videos of all those thrilling finishes and skirmishes on the track could easily fill a 10-hour highlight reel. Here are some of the most thunderous moments at Thunder Valley during its signature event.

Carl Edwards used the old bump and run maneuver on rival Kyle Busch to take the victory in the 2008 Night Race, but before the popular driver could do his traditional celebrational back-flip, he and Busch got tangled up in some extra-circular post-race bumping and banging. Busch, still fuming from what transpired in the race’s closing laps, came around and rammed his car into Edward’s red and white No. 99 machine.

Then, just to show that he’s not going to be pushed around, Edwards immediately retaliated and slammed into the rear of Bush’s car, spinning it around. Edwards said in the closing laps when he was presented with the opportunity to bump his way past Busch, he asked himself what would Kyle do in a similar situation. He said the answer was an easy one, so he readily applied the bumper and the rest is history.

One of the most thrilling Night Races in recent memory, the 2018 edition kept fans on the edges of their seats after Kyle Busch was caught up in a crash on lap three and went four laps down. “Rowdy” spent the rest of the race working his way back to the front in impressive fashion, working his way through heavy traffic with skill and precision.

Well, the driver of the No. 18 machine nearly pulled off an incredible come-from-behind victory, but he ultimately crashed out of the race. That opened the door for a host of would-be winners. Martin Truex Jr., Kyle Larson and Clint Bowyer all were battling intensely for the victory – and fans were certain one of them was going to win – but when the checkered flag ultimately fell, it was Kurt Busch who emerged from the chaos to claim the coveted BMS Gladiator Sword.

Darrell Waltrip holds the record for most BMS wins in the Cup Series as the legendary driver claimed 12 victories at the short track over the years. At the 1984 Night Race, Waltrip was looking to extend a BMS record 7 consecutive Cup victories in a row to an unbelievable 8, but Terry Labonte, the ‘Iceman,’ had other plans and stole the spotlight and the victory from the loquacious track dominator.

Waltrip led 144 laps of the race, but it just wasn’t his night and he finished 21st in his No. 11 Chevy. Labonte, meanwhile, took the lead for good on lap 377 and cruised the rest of the way to take the checkered flag in his baby blue and white No. 44 car ahead of Bobby Allison and claim his first BMS Cup trophy.

Jeff Gordon won the Food City 500 four times in the daylight, but Bristol under the lights proved to be more of a challenge for the driver of the rainbow-colored No. 24 Chevy. When Gordon did finally sniff a victory at America’s Night Race in 2002, he wasn’t going to let it get out of his grasp.

With two laps to go, Gordon pulled up behind rival Rusty Wallace, who was leading at the time, and put the bump and run maneuver into use, getting Wallace’s No. 2 machine just loose enough so that he could pass. Gordon, who had the best car in the race leading a total of 235 laps, pulled away from Wallace on the final circuit and took the checkered flag.

The 1985 Night Race proved to be a landmark moment for the sport as it was the first primetime telecast of a race in NASCAR history. The ESPN audience watching from home that night got their money’s worth as legendary drivers Dale Earnhardt and Tim Richmond battled door-handle to door-handle for the victory in the race’s closing laps.

Under the bright Bristol lights, Earnhardt eventually used his patented bump-and-run move to get past the flamboyant driver of the No. 27 car with 18 laps to go in the race. Earnhardt, who was blocked by the talented Richmond during several of his earlier passing attempts, called his power move on lap 482 to take the lead, “good, close hard racing.” Richmond wasn’t amused and said Earnhardt’s effort was his “typical tactics.” Earnhardt finished three car-lengths ahead of Richmond. The fans, both in attendance and those watching from home, were on the edges of their seats and were left hungry for more after watching the two talented stock car drivers battle for the victory on the challenging Tennessee bullring.

Just when the 1990 Night Race appeared to be another Dale Earnhardt romp in Thunder Valley, something crazy happened. Earnhardt’s car suffered a flat tire on lap 415 and in that instant, California driver and emerging star Ernie Irvan took advantage of the opportunity.

Driving the yellow No. 4 machine for nearby Abingdon, Virginia’s Morgan-McClure Racing, Irvan took the lead and held off a determined Rusty Wallace in an intense final 90-lap duel to claim a magical victory for the hometown team at their beloved home track. “I knew we would get that first win, but I never dreamed that it would happen here,” Irvan told reporters after the race. “This is really special for the team.”

On two separate occasions, and nearly a third time for those keeping score, Kyle Busch pulled off what had never been done in the NASCAR Cup Series. The talented driver earned checkered flags in each of NASCAR’s three major touring series in the same weekend at Bristol in both the 2010 and 2017 Night Race weekends.

During each weekend Busch scored wins in the Camping World Truck Series, Xfinity Series and the Cup Series to do what legend Darrell Waltrip calls the greatest single achievement he’s seen by a driver in the sport.

“I never in my life thought someone could win three races in a weekend there, but Kyle Busch has,” Waltrip has said. “I don’t know how he physically does it because all those laps in one weekend don’t appear to affect him all that much. Kyle stays up on the wheel and gets the job done. Just finishing three races there in one weekend is an accomplishment, but dominating, leading the most laps and winning is the most impressive thing I’ve ever seen a driver do there.”

In one of the wildest nights of racing in BMS history, Terry Labonte survived a final-lap duel with the Intimidator, Dale Earnhardt, to take the victory in the 1995 Night Race. Labonte had led the final 69 laps of the race and on the final lap Earnhardt’s famed black No. 3 Chevy moved into Labonte’s rearview mirror.

As Earnhardt closed in on Labonte, he gave the 5 car a bump as the two exited turn four that sent Labonte’s car careening into both walls and across the finish line. Somehow, Labonte was able to control his machine just enough to cross the finish line first. He took his mangled machine to Victory Lane where it spewed smoke and fluids while photographers captured the surreal moment.

Meanwhile, Labonte wasn’t the only one who was irritated at Earnhardt. Rusty Wallace was still fuming about an early-race Earnhardt bump that sent him crashing on lap 33 and on to a poor finish. An angry Wallace approached Earnhardt who was being interviewed in the pits after the race and shouted some expletives while tossing a water bottle at his head to show his displeasure with his racing tactics. Things got heated quickly and the two rivals ultimately had to be separated by race officials and teammates.

When Dale Earnhardt Jr. finally broke through to earn his first victory at Bristol Motor Speedway – long known as Earnhardt country – he had one of the most emotion-filled Victory Lane celebrations in the track’s 60-year history. A jubilant Earnhardt climbed out of his red No. 8 Chevy in BMS Victory Lane covered in sweat from the hot August night.

When NBC reporter Bill Weber asked the young driver why the win was so special, he let out a roar that sent sound waves blasting across the Tennessee hills all the way to Nashville and back. “It’s Bristol, baby!” Earnhardt exclaimed. And NASCAR nation went wild. “I’m just really, really, really, glad that I won tonight, because this is like the Daytona 500,” Earnhardt continued. “This is like winning at Charlotte, or like winning in Atlanta. These are the tracks, the historic tracks that have been around for years that are at the top of my list (of places) I want to win.”

That exhilarating phrase took on a life of its own. Today it remains as meaningful and powerful as it was that night. It has become synonymous with Bristol Motor Speedway and the experience it offers.

The Bristol Night Race moment that tops all others and is as iconic as they come took place in 1999. As Dale Earnhardt approached leader Terry Labonte in the closing laps, everyone watching was thinking the same thing: that they’ve seen this exact movie before. In a sequel to the 1995 Night Race classic where Labonte was able to hang on to take the win, Earnhardt was determined to make sure this one ended in his favor.

This time Earnhardt gave Labonte a bump in turn two and sent him spinning as the black No. 3 car continued to charge on to take the checkered flag. The fans weren’t pleased with Earnhardt’s move and let him hear about it while he was celebrating in BMS’ Victory Lane. As the jeers and boos reigned down on him, Earnhardt famously grinned and said to the crowd and TV audience watching from home, “I didn’t mean to wreck him, I just meant to rattle his cage.” 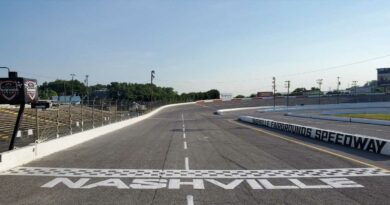 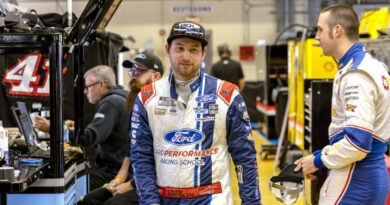 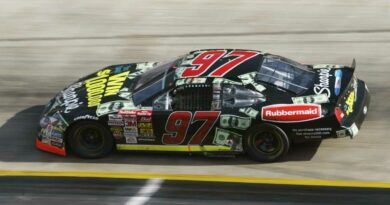