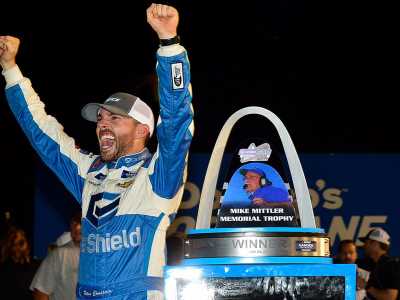 Ross Chastain gets to keep the Truck Series trophy this time following a passed inspection after winning at Gateway.

A week after having their NASCAR Gander Outdoors Truck Series win stripped due to a post-race technical inspection failure at Iowa Speedway, Ross Chastain and his Niece Motorsports rebutted the disqualification with a thrilling victory in Saturday night’s CarShield 200 presented by CK Power at World Wide Technology Raceway at Gateway.

While a contender for the win throughout the event’s third stage, it was a gutsy fuel only call by crew chief Phil Gould on Lap 133 that allowed Chastain to gain the track position ahead of former leader Christian Eckes.

But when the caution flag flew with 13 laps remaining for Harrison Burton, Chastain’s nearly one-second lead had been evaporated and put Eckes, Stewart Friesen and Todd Gilliland all with fresher tires in the footprints of Chastain’s No. 45 CarShield Chevrolet Silverado.

When the green flag waved with seven laps remaining, despite spinning his tires, Chastain was able to fend off a charge from Eckes and eventually pulled away from his challengers to earn his second Gander Trucks win of the season.

On the last lap, Gilliland battled his Kyle Busch Motorsports teammate Eckes for second, but Eckes saw an impressive performance end up in the Turn 2 wall after contact with Friesen for the second consecutive season at Gateway.

Chastain finished 0.704 seconds ahead of Gilliland and picked up a $50,000 bonus in the final race of the Gander Outdoors Trip Truck Challenge.

“These Niece guys went home, and we were mad, felt like we had one taken from us,” said a jubilant Chastain. “Phil Gould, Lonnie Rush they believed in me. I didn’t want to take tires and then it was up to me to freakin’ hold them off, I don’t know how.

“I’m going to take that money home and they’re not taking it from us this time.”

Chastain admitted he was nervous when the final caution waved as he knew it would face hungry challengers on the restart.

“Of course, scared to death, that’s the last thing I wanted to see,” Chastain said of the Lap 146 caution. “Buzzed my tires like crazy on the restart and got to thank Todd (Gilliland) for pushing me and not wrecking me. Execution on these guys. We didn’t have the fastest truck today, but we executed, and we believed in each other. Man, that feels really good.”

Eckes who led twice for a race-high 57 laps was forced to settle for 14th in his second Gander Trucks start of the season.

“I made a mistake down in (Turns) 3 and 4 and we lost some track position and the 4 (Gilliland) got by me and I was looking to make the crossover move and got wrecked by the No. 52 (Friesen) again. Man, it’s unfortunate, these SiriusXM guys work too hard for this. We had a great run tonight, I felt like we honestly had the best truck there at the end, I need to work on myself a little bit as far as the aero aspect of it and move on to Pocono.”

With his second Gander Trucks win in his 153rd series start, Chastain becomes Playoff eligible once he enters the top-20 in the championship driver standings. With five races remaining in the regular season, Chastain sits 26th overall.

Next up the NASCAR Gander Outdoors Truck Series stops at Chicagoland (Ill.) Speedway for the running of the Overton’s 225 on Jun. 28. 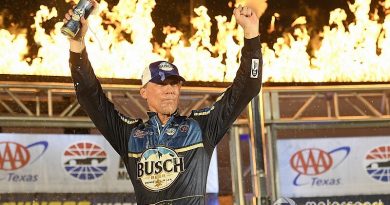 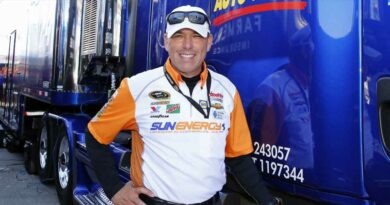