The Best Season Ever slogan was definition television hyperbole, but the 2021 NASCAR Cup Series season is certainly off to a phenomenal start in terms to competitive balance.

Think of it in these terms: The six drivers who have reached victory lane thus far earned just three wins between them last season. Denny Hamlin and Kevin Harvick, who combined for 16 wins in 36 races last season, have yet to break through.

Neither has Chase Elliott, who won five times en route to the Cup Series championship.

For the first time this season, it’s conceivable to imagine a realistic pathway to more winners than available playoffs spots and what that would mean for the race to make the playoffs this season. As if this season wasn’t unpredictable enough, this weekend is the first race on dirt since 1970, and all the unknowns associated with it.

There are five more road course races remaining on the regular season schedule, not to mention two more superspeedway races at Talladega and Daytona.

That’s not to say there aren’t trends to indicate overall favorites emerging, because there are. Lost in the hoopla of all the different winners is the fact that Hamlin is still the championship leader with five top-5s through the first six races.

Kyle Larson is second in the standings and has looked capable of winning every race this season in his debut campaign with Hendrick Motorsports. He dominated on Sunday at Atlanta Motor Speedway before getting beat on tire management by Ryan Blaney, albeit with a little bit of assistance from Penske stablemate Joey Logano.

The bottom line is that Blaney beat Larson over the final 50 lap stint and the string of new winners extended to six races in advance of the most unpredictable race NASCAR has offered in over 50 years.

Takeaways from the Folds of Honor QuikTrip 500 at Atlanta Motor Speedway can be found below.

This was an important victory for Blaney and the No. 12 team because it felt like a certain corner was turned after last season.

Blaney has won once over each of the past four years but has earned a moderate reputation of not closing on races in which he dominated. For example, he led at least 30 laps in eight races last season and only won the June race at Talladega.

The start to last season was especially frustrating for the Penske No. 12 team who had a shot to win each of the first four races before the COVID-19 shutdown and was denied in several dramatic ways at Daytona, Las Vegas, Fontana and Phoenix.

This time, it was Larson and the No. 5 Hendrick team that dominated but couldn’t match the long-term pace of their pursuers over a 50-lap run. The trend of just one win per season is at risk with Blaney breaking through just six weeks into 2021.

“We led tons of laps (last year) and it just didn’t work out,” Blaney said. “Today, (we kept ourselves) in the hunt and (if you keep doing that), you’re going to stack up wins. …

“We weren’t the best car the first half of the race (and) we kept working on it. Everyone did a great job, pit crew included, of keeping us in the game, keeping us top three all day. We got our car where it needed to be. We were able to capitalize on it.”

Blaney and crew chief Todd Gordon are in their second season working together, and at 27-years-old, the driver appears poised to break out. Team Penske as a whole certainly looks capable of breaking out with teammates Brad Keselowski and Joey Logano also consistently running near the front of the field most weeks.

With 30 races left in the season, it seems inevitable that Blaney will get that elusive multi-win season.

Much has been made about the role Joey Logano played into Blaney closing the gap and completing the race winning pass.

A lot of it was generated by Larson, who grumbled ‘I hate Joey Logano,’ to his team over his radio channel after Blaney completed the race-winning pass. Larson was stuck behind Logano for about 10 laps.

Logano was running 15th and at the tail end of the lead lap and was certainly being kept appraised of which line Larson was running.

There’s no doubt there was team-benefiting mirror driving at work, but it spoke louder volumes about the condition of Larson’s right front tire at the end of the race. He knew it once had a few moments to process the finish, too.

“It’s hard to say — I definitely would have had a better shot had I gotten by Logano when I got to him,” Larson said. “But it just was hard. My tires were pretty much gone by that point. I was sliding around.

“I just didn’t get through traffic good at the end.”

It was a trend that continued from similarly abrasive Homestead-Miami Speedway where the No. 5 suffered a similar degree of fall-off.

“At the start and halfway through the final stage, I had confidence we made really good changes to our car,” Blaney said. “(I was) hoping there would be a long run towards the end because that was the only shot I had to beat him.

“I wasn’t going to beat him in a 10-lap shootout because his car was good. Hopefully it worked out for a long run.” 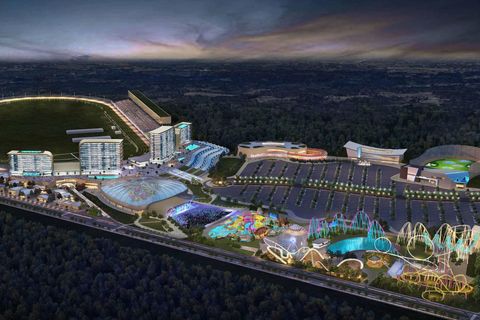 To Repave or Not …

It’s the oldest pavement in NASCAR and it’s inevitable that Atlanta Motor Speedway is due for a resurfacing before it becomes at risk for coming apart during a race.

That same 24-year-old asphalt creates wall to apron action and plenty of character, and there is no shortage of competitors who reject the notion that it’s time.

“We’ve repaved some places and not had the races that we used to at those racetracks,” Alex Bowman said. “I love the fact that you can run from the bottom all the way to the outside wall here. You can move around. It’s got so much character. I understand the need to repave it, right? From a race car driver’s perspective, I hope they never do. I love these places with character.”

On the other hand, if NASCAR is committed to a low horsepower, high downforce competition package for the intermediate tracks, that formula is enhanced by fresh pavement and maximum grip.

It’ll certainly keep the cars closer together, but you won’t get the strategy and tire management that dictated Sunday’s race.

“I mean, if it’s repaved, it’s a totally different style of race,” Larson said. “It’s kind of whatever you’re into. For me, as a driver, I’m into this style.”

Drivers like Atlanta, even with this competition package, but the abrasiveness wears tires and forces drivers to search for grip and speed.

It’s a reflection of their talent more than engineering.

Perhaps a compromise would be to restore Atlanta to its pre-1997 configuration to before it was a D-shaped oval in the same vein as Charlotte Motor Speedway — a model that was followed with Texas, Chicagoland, Kansas, Kentucky and Las Vegas.

The closest thing to Atlanta would be Homestead, widely considered the best Atlanta due to the lack of a dogleg and its weathered pavement.

It would take about 10 years to come in but replicating Homestead would be good both in the short term with the NA18D package and perhaps in the long-term should NASCAR decide to reduce downforce again once the pavement wears out.

It makes all the sense in the world to place a new surface on the track next season to go along with the Next-Gen car, too.

“I hope they never repave this place,” Bowman said. “I think the slick racetracks are so much fun. We’ve repaved some places and not had the races that we used to at those racetracks.

“I love the fact that you can run from the bottom all the way to the outside wall here. You can move around. It’s got so much character. I understand the need to repave it, right? From a race car driver’s perspective, I hope they never do. I love these places with character.”

It’s been an absolutely dreadful start to the season for Stewart-Haas Racing and Sunday at Atlanta felt like rock bottom in many respects.

For one, it’s a track that Kevin Harvick has excelled at over the years. With the exception of 2014, this was the worst finish he has had in Hampton since jumping into the No. 4 with crew chief Rodney Childers, spending much of the race outside of the top-20 before finishing 10th.

Think about it: 10th was his worst finish at Atlanta in seven years. It’s a testament to how good that pairing has been in the Gen-6 era. It was their worst race in a decade based purely on driver rating.

In the middle stages of the race, all four Stewart-Haas Racing cars were 18th or worst. Harvick made the most of it with the other three cars finishing 18th, 20th and 23rd.

No other team has been affected more by NASCAR moving to a right rear wheel well template than Stewart-Haas. That’s because no team has been more aggressive in optimizing the limitations of the optical scanning station over the years than SHR.

“We had some rules changes and some new templates and stuff like that that really changed the shape of the rear wheel openings,” Childers explained last week on SiriusXM Radio. “Just to be frank, it knocked 70 counts of downforce off the cars, and when you knock that amount of downforce off, especially when it mainly comes off the rear, it just completely messes up your aero balance.

“And when it messes up your aero balance and you have limited wind-tunnel time, it’s hard to get that figured out before the season starts.”

That organization hired some of the best aerodynamicists in the business and that element has been the foundation for their respective success in recent years.

Penske has been better in the mechanical grip department. The new Hendrick Motorsports and Richard Childress Racing seem to be generating more power since joining forces last season. Combined, Stewart-Haas has just fallen behind in the latest round of cat and mouse between NASCAR and its teams.

It would be awfully fitting for this championship system, which disadvantaged the No. 4 team last year, to actually serve as a cushion this season.

It’s going to take some time for Stewart-Haas to regain what they’ve lost, but it’s hard to see the struggles continuing throughout the entire summer. If they can figure it out before the playoffs, perhaps Harvick and the 4 team will make a similar late season surge towards the Final Four that was denied of them in 2020. 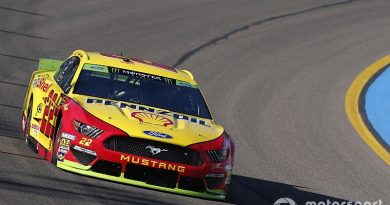 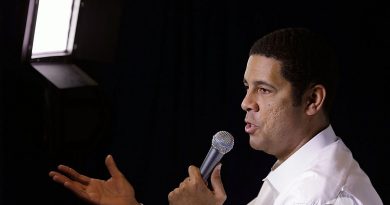