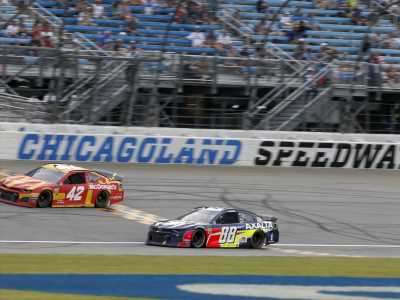 Kyle Larson got around Alex Bowman but was unable to stay out front late at Chicagoland Speedway.

Kyle Larson was six laps away from breaking a two-year winless streak.

It was right there.

He spent the previous 25 laps reeling in Alex Bowman, completing the pass for the lead with eight laps to go and was poised to set sail, but Bowman would not be denied.

By his own words, Bowman was tired of finishing second, but it was a little more complicated than that. Bowman struggled in lap traffic, allowing Larson to catch him in the first place, but once Larson got by, he struggled in traffic too.

Bowman drafted up to Larson well, completed a text book side draft, and was able to keep Larson in his own turbulent air.

Ultimately, Larson was surprised he even caught Bowman for the lead, much less shocked that he passed him and was again passed himself.

“He did a good job of hitting his marks and getting the balance back underneath him.”

Perhaps Bowman was better on older tires or maybe better at drafting inside the turbulent air of countless lap cars — Larson isn’t totally sure what cost him the race.

“I just timed my run just right,” Larson said. “when I was behind him I could see him struggling. He was loose off of (turn) 4 and a little bit off (turn) 2. I felt like my balance was really good and felt like if I could just stretch the lead out to five-car lengths and manage the gap, I would be okay.

“He just got a big enough run off (turn) 4 to get a good tow and he got back around.”

Larson hasn’t won since September 2017 at Michigan. He has six runner-up finishes since then. This season has been a struggle. This was just his fourth top-10 and he’s still just 13th in the championship standings.

He feels like Sunday was a good day, progress made, but the No. 42 team is still giving too many chances away each week.

“Obviously, it’s good to content for a win,” Larson said. “I felt like we had speed in our cars, but we haven’t contended all day like we did today, so I feel like that’s a positive.

“It was a good day for Chevy and Hendrick Engines. At the same time, it’s discouraging to get another second-place here at Chicago. I fought hard and feel like I did a good job. He just got a good run on me.” 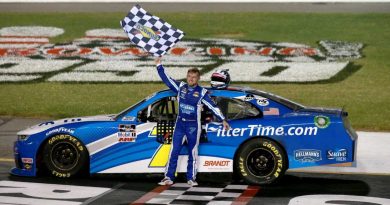 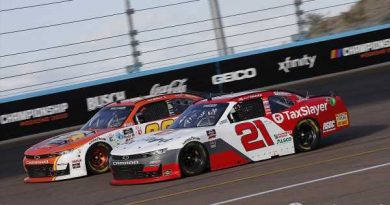 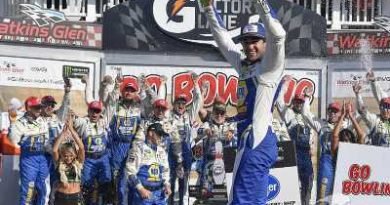