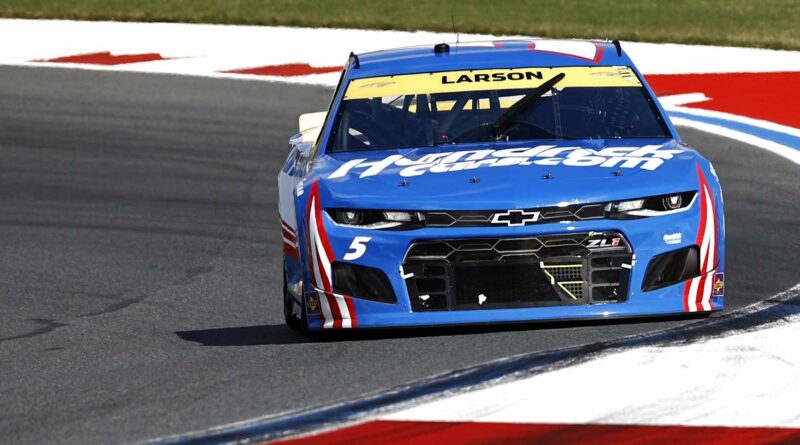 Kyle Larson greets this weekend’s NASCAR race near Kansas City with not a care in the world.

Larson, a good bet for NASCAR comeback driver of the year, is living large. By winning last weekend in Texas, the Hendrick Motorsports star is already assured of being in the Championship 4 for the November 7 championship-deciding Cup Series race at Phoenix Raceway.

He’s locked in, regardless of what happens Sunday in Kansas or October 31 at the half-mile Martinsville Speedway in Virginia. All this, remember, in his first season back after being expelled from NASCAR last spring for using a racially-explosive word during the broadcast of a video-game race. He lost his ride with Chip Ganassi Racing, was shunned by Chevrolet, and forfeited most of his personal-services contracts with sponsors.

But Larson took ownership of the mistake and worked hard to redeem himself. He successfully completed every NASCAR requirement to return and was signed last fall with Rick Hendrick, an owner who knows a bit about overcoming public scorn. He paired Larson with young crew chief Cliff Daniels, and they’ve formed an on- and off-track bond similar to the one enjoyed for years by Chad Knaus and former seven-time champion Jimmie Johnson.

Consider the Larson/Daniels resume through 33 points races this season:

They lead the series with eight victories, including the last two and three of the last five. That’s twice as many victories as former champion Martin Truex Jr. of Joe Gibbs Racing. And just for kicks they have six second-place finishes and won the non-points All-Star race;

They lead everyone with 18 top-5 finishes and 24 top-10 finishes, one top-5 and two top-10s better than JGR driver Denny Hamlin. They’re atop the series standings with 16 stage victories, six more than Hamlin. And they’ve led a series-high 2,267 laps led, an astonishing 868 more than second-place Hamlin in that category.

The 36-race record is 2,320 laps, set by Jeff Gordon in his fourth and final championship season of 2001. With Larson starting from the pole, it seems a cinch those 53 laps are within reach. If not Sunday, there’s always 500 laps at Martinsville and 312 at Phoenix just waiting. 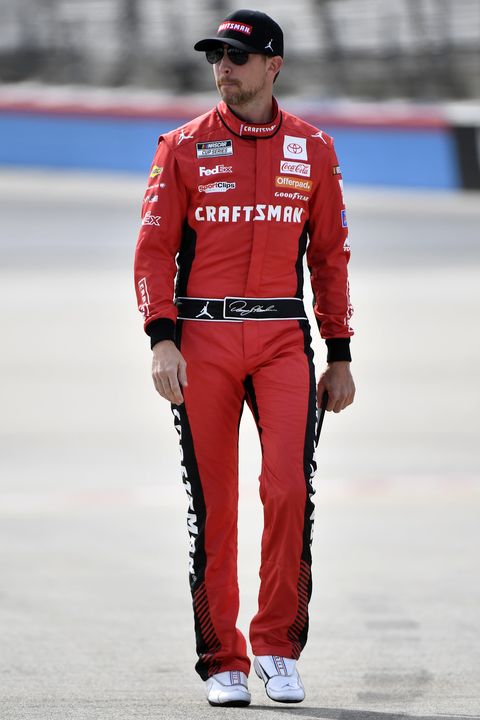 Right now, Larson isn’t thinking about that. “My mind is on Kansas,” he said midweek. “I want to go there and win; I don’t want to change up what we’ve been doing. I want to take it week by week and do a great job every weekend and carry some momentum into Phoenix. It would be bad if we went to Kansas and Martinsville and had a couple of DNFs because we are ‘relaxed.’ Hopefully we can go through these next couple of weeks, have a few good runs and head into Phoenix with some good momentum.”

So, while the 29-year-old California native has no real worries this weekend, the same doesn’t go for the other seven championship hopefuls.

Three-time ’21 race winner Ryan Blaney for Team Penske is 17 points above the cut line to advance via points. Hamlin, a two-time winner, is nine above the line and former two-time champion, two-race winner this year and JGR teammate Kyle Busch is eight above the line.

Only one of the bottom four in points has serious concerns the next two weekends. Former champion and one-race ’21 winner Joey Logano for Team Penske is a daunting 43 points below the cutoff line. JGR driver Truex is 22 behind, Penske veteran Brad Keselowski is 15 below the cut line and reigning champion, two-race ’21 winner and Hendrick driver Chase Elliott trails by eight points.

Six of the final eight have won at the 1.5-mile track in Kansas, where Larson is favored by most gaming sites. (Ironically, neither Larson or Blaney has won there). Hamlin and Logano have three victories, Busch, Keselowski, and Truex Jr. twice, and Elliott once. Keselowski won this year’s spring race, Logano and Hamlin split the 2000 races, and Hamlin and Keselowski won in 2019.

*-Qualified for Championship 4 based on win last week at Texas Motor Speedway.

To recap: 16 drivers began the championship playoffs early in September. Four were eliminated after Round 1 at Darlington, Richmond, and Bristol, then four more were cut after Round 2 at Las Vegas, Talladega, and Charlotte. The Round 3 tracks are Texas, Kansas City, and Martinsville, with the four remaining hopefuls basically racing each other for the title at Phoenix in three weeks.

The Xfinity Series has its own Playoff drama this weekend in Kansas. AJ Allmendinger of Kaulig Racing goes into Saturday afternoon’s Kansas Lottery 300 a fairly comfortable 30 points above the cutline to reach the Nov. 6 Championship 4 at Phoenix. Second-starting Austin Cindric of Team Penske (the defending Xfinity champion) is almost as comfortable at 26 to the good. But teammates Justin Allgaier and Noah Gragson of JR Motorsports are just four and two points above the line.

Pole-starter Daniel Hemric of Joe Gibbs Racing is two below and Justin Haley of Kaulig is six behind. JGR teammates Harrison Burton and Brandon Jones are deeper below the cut line, Burton down by 21 points and Jones down by 32.

Perhaps surprisingly, Jones is the only Playoff driver with victories at the 1.5-mile track. He beat Tyler Reddick in 2019 and then beat Cindric in 2020. This weekend marks the Xfinity Series’ only race at Kansas Speedway this year.

Two races remain in Xfinity Series Round of 8 before Championship 4 race at Phoenix. No drivers yet locked in. 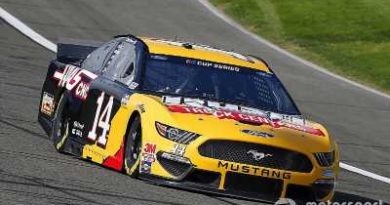 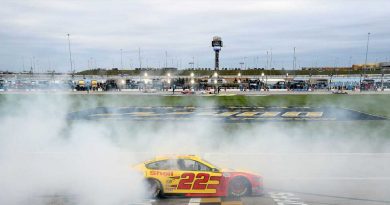 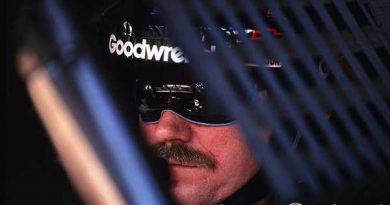