Adam Stevens captured two championships and 28 wins with Kyle Busch over the past five years, but their worst season together proved to be their last.

It took Kyle Busch until the 34th race of the season to win, two weeks after he had been eliminated from the playoffs, amidst frustrations that the No. 18 team wasn’t consistently reaching their maximum potential.

After the season ended, Joe Gibbs Racing revealed that Busch would pair with a new crew chief, Ben Beshore with Adam Stevens moving on to the No. 20 to work with Christopher Bell.

“We go through a process at the conclusion of every season that includes evaluating each of our teams,” said Joe Gibbs, owner of Joe Gibbs Racing at the time. “We believe our crew chief lineup for 2021 will best position each team and driver for success across both series.”

As it turns out, the truth was a bit messier.

In an interview on “In Depth with Graham Bensinger” released Wednesday, Busch candidly shared his side of what happened.

That wasn’t the answer Busch was expecting.

“I was shocked because I was like, ‘Well, essentially you just told me you quit on me. So, um, OK. See you later. Now I have to go find somebody else…’

“I flat out told him in the beginning of our conversation, I said, ‘Look, I believe in you. I trust in you. I want you. You’re my guy. We’ve done this already for six years. We’ve won two championships. Like there’s chemistry here. And we have a working relationship where we understand one another’ … Adam has been the first guy that on any given weekend, there’s always change in the car and how it feels. And that’s what I liked about it, and him. And so that’s why I didn’t want to lose that. But I guess all good things must come to an end.”

Busch won the Clash on Tuesday night at the Daytona Road Course in his first effort with his new crew chief. Beshore had previously won with Busch in the Xfinity Series and he was the No. 18 car chief during their Cup Series championship seasons.

As a result, Beshore says they already started with a baseline to establish chemistry this season.

“I think it was good,” Beshore said. “I crew-chiefed him in the Xfinity Series in 2019. It hasn’t been that long since we’ve worked together. I spend four years as his race engineer, Xfinity crew chief, for seven races. We’ve had a lot of success together. We kind of know the language we’re both speaking.

“I don’t think it was that big of a deal. I think obviously getting some success early will build some confidence in each other and we’ll be able to move forward from here and keep getting better and better.” 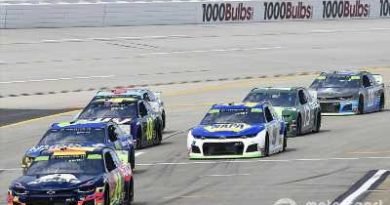 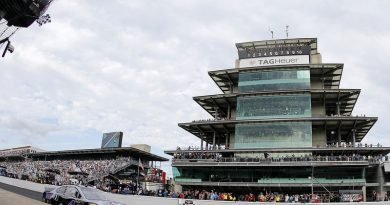