Through the charter system, 36 teams are guaranteed starting spots for the Daytona 500, but the remaining four spots are determined by a comprehensive system that includes time trials and a qualifying race.

First, each driver takes to the track for two timed laps in single car qualifying. The qualifying order is determined based in reverse order from what times they ran in practice the day before from slowest to fastest.

Only the front row for The Great American Race is decided after time trials.

For the rest of the field, their starting spots will be determined through the Duels at Daytona — a pair of 160 lap races with odd numbered starting positions being determined by Duel 1 and even numbered spots set in Duel 2.

But again, with the charter system, 36 cars are guaranteed to take the green flag so how about the final four spots amongst the open(non-chartered) teams?

The highest finishing open driver in each duel race will automatically make the field. For the final two spots, NASCAR will go back to time trials and award those final two spots based on the fastest qualifying speed amongst those not already locked in.

With the field now set there are still a few things to mention:

Should a driver crash in the duels, one of two things will happen. They will either start from the back due to NASCAR’s backup car policy or they will be sent home if they don’t have a charter and its guaranteed starting spot.

If certain parts of the schedule get rained out, there are a few ways NASCAR will use set the field as per the rule book.

What happens if everything gets rained out? NASCAR will look at the previous season’s team owner point standings to set the field for the 500. 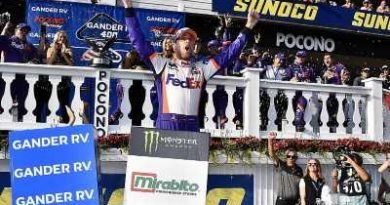 Denny Hamlin still a contender in an ‘old man’s sport’ 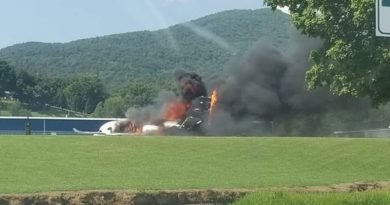