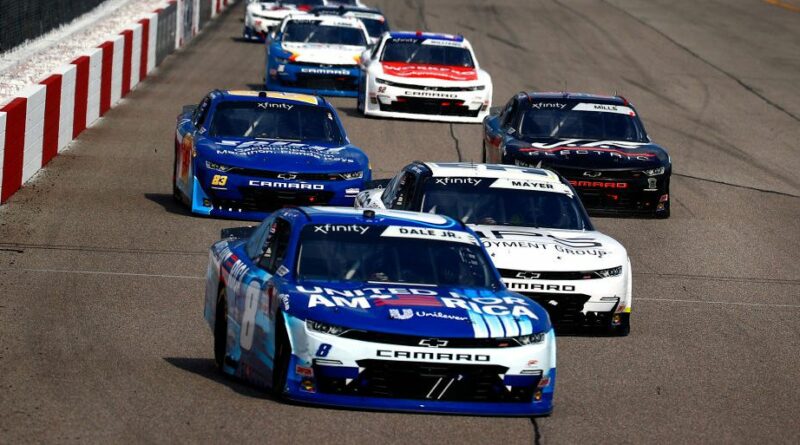 Dale Earnhardt Jr. was smart enough—maybe smarter than most of us realize—to set the bar low for his latest NASCAR one-off Xfinity Series start.

The sport’s most popular driver during most of his career knew he was a decided underdog going into Saturday afternoon’s Go Bowling 250 at Richmond Raceway. After all, series regulars had raced 48 times since Earnhardt last faced them in June of 2020 at Homestead-Miami Speedway. He knew that despite having competitive equipment and solid support, that 48-race experience gap puts him at something of a disadvantage.

“They are in tune and plugged in,” Earnhardt said of the tour regulars during a Friday teleconference. “They’re in the deep throes of the season. Their minds are in a groove. Their bodies are ready for what they’re gonna do this weekend.

“And I’m just gonna hop in there raw and unprepared, no matter how much I’ve studied, and try to compete with them. I think that’s gonna be a tall order. I kinda always aim low with my expectations, but luckily I’m starting in the back so the only way to go is up.”

Turns out Earnhardt knew what he was talking about.

He worked his way from 30th on the grid into the top-10 near halfway. He stayed there for about 50 laps before sliding back to a lead-lap 14th, well behind winner Noah Gragson, one of his drivers at JR Motorsports. It was the first time in Earnhardt’s four one-off Xfinity races since 2018 that he hasn’t finished among the top-5.

“I had fun out there,” he said afterward. “We didn’t have the car I was looking for; we just couldn’t figure out the left front, it was tight most of the time. Man, they race hard there in the middle of the pack. I beat on them and they beat back. It’s a young man’s game and those guys are so good at it; they race hard and have so much heart. You learn a lot about those Xfinity guys when you’re put there with them.”

Since retiring in 2017, the Hall of Famer has done four Xfinity races in No. 8 Chevrolets from his own JR Motorsports shop. He finished fifth in the September 2018 race at Richmond, followed that with a fourth in the August 2019 race at Darlington, and was fifth in the June 2020 race at Homestead. Not bad for someone who modestly says he just wants to “finish all the laps and have fun.”

That record was one factor in returning to Richmond for this year’s appearance. Another is that Earnhardt didn’t want to return in a Playoff race, fearful of inadvertently affecting a driver’s championship hopes. (The Xfinity Series isn’t yet in its Playoffs). Too, weekend sponsor Hellmann’s prefers Earnhardt run later in the year, when it’s had time to activate its high-profile sponsorship.

After today’s race, Earnhardt quickly moved from his role as driver into his other role as an NBC-TV race analyst. He said the annual one-off gives him a chance to relearn what drivers go through each weekend, things he might have faded from memory over the past year.

“When I get out of the car, I write down a lot of notes,” he said. “But it’s not for the crew chief (a normal post-race task), it’s for me. Going back into that broadcast booth, trying to keep all that stuff fresh on my mind of what the drivers are dealing with. My job as an analyst is to explain where the driver’s mind is at any given moment of a race.

“To be honest with you, for me, getting inside this car for this one race is more about that (refresher). It probably means something different to a lot of people who are supporters and stood by us through the years, but for me, it’s just a great refresher course. It helps me as an analyst to be reminded about all those things. I can get a lot of information that will help me in the booth from this one little race.”

In some ways, doing one race a year is about all Earnhardt wants. He’s a husband and a doting father, one who’s thrilled that his 3-year-old daughter, Isla, is beginning to understand what Daddy once did for a living. (His younger daughter, Nicole, turns one next month). “But, you know, I do miss it,” he said. “I miss driving. I daydream about driving full time and what that would be like. Boy, I miss it. I remember why I loved it and I remember why I don’t do it anymore.

“I don’t know how great we’ll run or what the end result will be, but I just like to go and, I always say, smell the smells and hear the sounds and experience all the things inside a race car that I loved about it. And hopefully, what comes out of it is really just a lot of fun and a good experience.

“The last couple times I’ve run these races, I’m excited and I get in the car and I’m like, ‘Man, this is so good.’ All the emotions and the senses and everything coming back to you. It just feels right. You feel like you know what you’re doing, and you and the car are in tune. Then about halfway through the race, you get to the point where you’re, ‘Alright, I’m good. We can stop.’ It’s like halfway through the roller coaster ride and you’re, ‘Alright, that was fun. I’m good, I can get off now.’ ”

And to answer the inevitable question posed by millions of Earnhardt fans: “We’re probably gonna do this again next year and keep on doing these one-offs,” he said, hinting that the half-mile Martinsville Speedway may be next year’s track. “I don’t know if I wanna do more than that.” 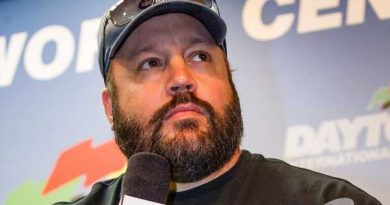 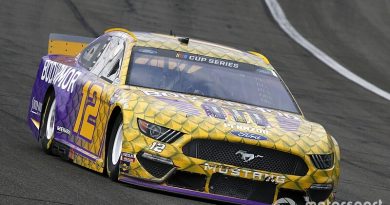