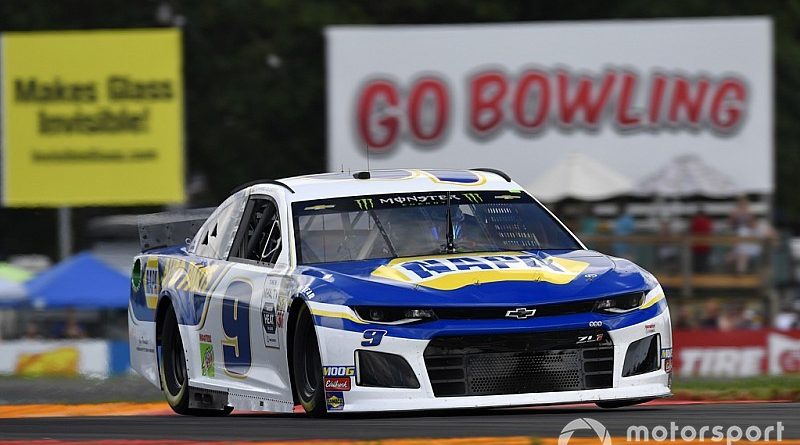 Chase Elliott led every lap on his way to the Stage 1 victory at Watkins Glen (N.Y.) International.

Elliott, looking for his second consecutive NASCAR Cup Series win at the Glen, started on the pole and took command early, easily holding off Denny Hamlin for the stage win.

Elliott took the early lead and just as Lap 2 began, Kyle Busch spun in Turn 1 but was able to continue on without an issue. There was no caution.

Kyle Busch dropped to 10th but by Lap 5, he had made his way to eighth.

After five laps, Elliott had a 2.7-second lead on Byron with Hamlin running in third. Jimmie Johnson was fourth and Truex fifth.

On Lap 9, Aric Almirola reported his shifter appeared to be ready to break and his team was planning on a fix for his next pit stop.

With 10 laps remaining in the first stage, Elliott remained in the lead, with a nearly 5-second margin over Hamlin, who moved into second. Byron was third, Truex fourth and Johnson fifth.

After 15 laps, Elliott’s lead over Hamlin had expanded to more than 6 seconds as Truex remained in third.

With one lap to go, Kyle Busch got into Byron which sent him off course in the inner loop but he was able to continue on with further incident. The two then came together again during the stage break.

Landon Cassill was forced to pit before the start of the race with a flat tire.

Ryan Blaney had to start the race from the rear of the field after his team made unapproved adjustments to his No. 12 Ford prior to the race. 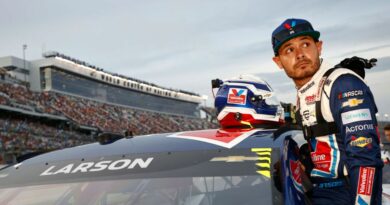 No Guarantees in Playoffs for NASCAR Regular-Season Champion Kyle Larson 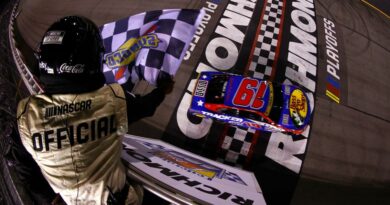 Martin Truex Jr. Claims Spot in Round 2 of NASCAR Cup Playoffs With Win at Richmond 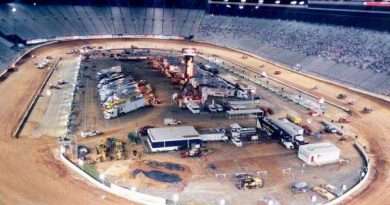