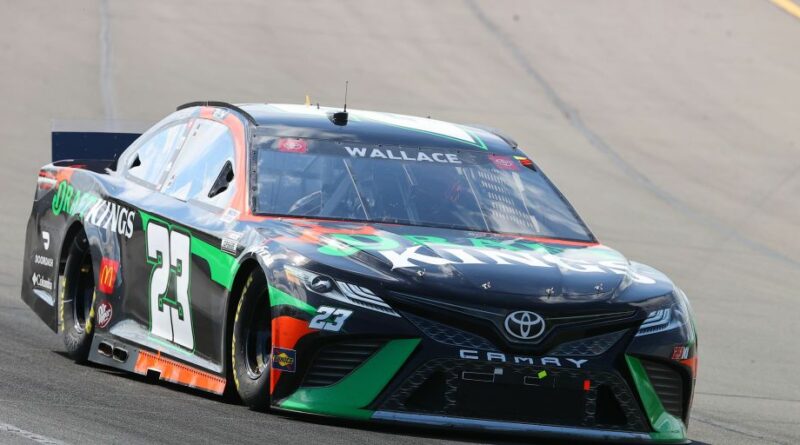 Getting the first one out of the way was always going to be the toughest challenge for Bubba Wallace and 23XI Racing and they went two-for-one on Sunday at Pocono Raceway.

To make the accomplishment even sweeter, the performance came in front of team co-owner Michael Jordan, who was in attendance throughout the weekend.

It has been a struggle, both from a performance and fortune standpoint this season for a team that was essentially put together just months before the season, and the results reflected it. The No. 23 entered the race 22nd in the championship standings and was still seeking their first top-10 of the season.

Wallace started inside the top-10 due to the invert and used that track position to race amongst the leaders throughout the afternoon. He earned stage points by placing fifth in the second stage and was on the right side of a strategic volley near the end of the race when several teams were either forced to pit or fell off the pace.

It wasn’t without challenges as Wallace was forced to recover from slapping the wall on Lap 77, but those circumstances also allowed crew chief Mike Wheeler to be aggressive in making a fuel only stop and allowing his driver to save deeper in the field.

“A racer wants to win,” Wallace said. “If it’s got to save fuel to win, then hell yeah, I’ll do it. I’m not going against what the engineers say. They’ve got it all calculated out and numbered out to tell me what to do. That’s my job. Tell me what to do and I’ll execute that.”

His fifth place was his first top-5 since Daytona last August, but the first with the new team was always going to mean more.

“A lot of confidence for myself, which is huge,” Wallace said. “It came down to fuel strategy there, but I appreciate Wheels (Mike Wheeler, crew chief), J.R. (Houston, engineer), Freddie (Kraft, spotter), telling me what to do – 80 percent there, 60 percent here, the whole time. It got so annoying, but it worked out. That’s what it takes. It takes a team effort to pull off this.

“Great day for us. Great day for DraftKings — their first race is the first top-5 for our team. That makes you want to re-sign, but all in all, really good day. Really good weekend for us. We knew that we had the speed. Bossman was here — MJ was here. We had the whole staff out, so it was a good day. Good weekend.”

Wallace had optimistically aimed for two victories this season at best, or making the playoffs no matter what, and Sunday made gains on that goal. Wallace moved to 19th in the championship standings and 54 points behind Kurt Busch on the provisional playoff cutoff.

His best finish prior to Sunday was 11th last month at Dover.

“We wanted (to be in) the playoffs when we started the season,” Wallace said. “We’ve got a lot of work to do. We know that we are in a hole, but it’s finishes like that, that we have to capitalize on the speed in our cars. Today shows what we can do. We’ve got to keep up the momentum.” 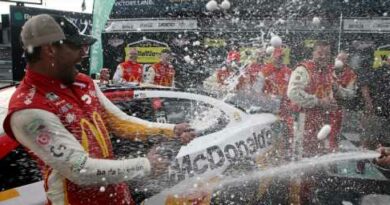 Inside The Battle for the Bristol Dirt Race Win