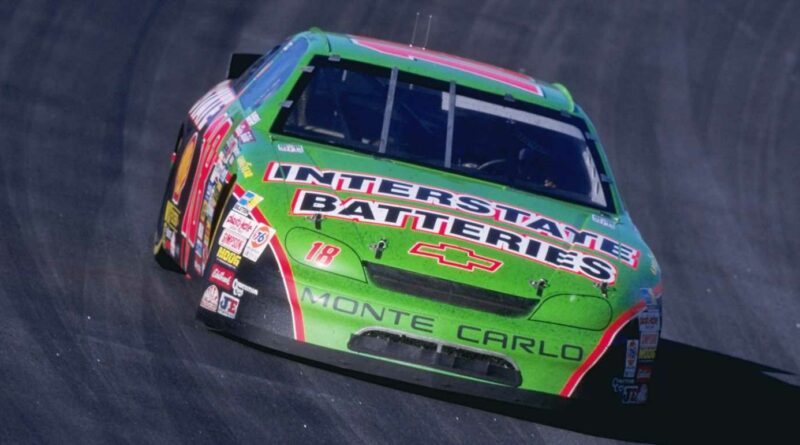 It’s a very small, very select group right now, but one that will grow in the next few years. For now, at least, Bobby Labonte is the only driver with championships in NASCAR’s top two series, along with a spot in its Hall of Fame in Charlotte, North Carolina.

The Texas native and North Carolina resident won the 1991 Xfinity title with his family-owned team. Nine years later, driving for Joe Gibbs Racing, he won the 2000 Cup title. Not surprisingly, he was inducted into the NASCAR Hall of Fame with the Class of 2020. (Johnny Benson, Greg Biffle, and Austin Dillon are Xfinity and Camping World champions, but not in the HOF and likely won’t be).

Labonte will reside in his special place until at least five drivers join him in the foreseeable future. Brad Keselowski, Kyle Busch, Kevin Harvick, Martin Truex Jr., and Chase Elliott already have the big hardware from NASCAR’s top two series. And hardly anyone doubts that all five will make the Hall of Fame within a few years of eligibility.

The younger Labonte followed brother Terry to NASCAR, arriving in 1978 from the family’s hometown of Corpus Christi, Texas. He honed his skills and learned to be a champion in go-kart, quarter-midget, Baby Grand, and Late Model racing in Texas and North Carolina. That led to Xfinity racing in 1990 and to full-time Cup racing in 1993.

“When I was 14, running quarter-midgets and go-karts in Texas, I never thought ahead to what might be,” the 57-year-old recently told Autoweek at his Longhorn Chassis Shop in Trinity, North Carolina. “For a few years there I was just dabbling in racing. Our father had raced a little back in Texas and Terry was already into Cup, so I was around it all the time.”

His success in lower series convinced Labonte that getting to Cup was certainly doable. With his father, Bob, as crew chief, he went full-time Xfinity racing in 1990-1992. He won only five times in 93 starts, but was fourth, first, and second in final points by finishing top-5 in about one-third of his starts. When team owner Bill Davis offered a Cup ride for 1993, Labonte jumped at it.

“I was racing against Jeff Gordon and Harry Gant and Mark Martin and Dale Jarrett on Saturday afternoon, and I wasn’t getting lapped,” Labonte said of those days. “I was running right with them. That helped me realize I could compete with them at the next level. I got several (Cup) offers, but I took Terry’s advice until the time was right.”

He recalled his 600 victory as “fairly straightforward, nothing out of the ordinary.” The No. 18 Chevrolet had been competitive during the early months of the season, continuing what Jarrett and crew chief Jimmy Makar had built in 1992-1994. “We had good speed week-in and week-out,” Labonte said. “We’d been fast a lot of times, so we felt we always had a chance. We just needed some luck; we needed the stars to line up right. We’d been so close to winning (two runner-up finishes in 10 starts before Charlotte), so it wasn’t a stunning surprise when it finally happened.

“I’d always had good Xfinity runs at Charlotte, and also with Bill’s Cup cars. In the 600 back then—sort of unlike today—you had to take care of the car, and I was good at that. We didn’t do anything special, like two-tire at any point. As the late afternoon became night, we adjusted the car to make it better. There was no specific moment when (snap), ‘that’s it; that’s what won us the race.’ We were set up for late, so we felt we’d probably be okay if we stayed lead-lap after 100.”

The victory made the Labontes the sixth set of brothers to win in the Cup Series to that point: the Allison and Flock brothers each had 94 combined victories, the Thomas brothers had 49, the Parsons had 22, the Bodines 18, and the Labontes 13. Since then, the Busch, Burton, and Waltrip brothers have won in Cup.

“That win meant a lot to me, not only because it was my first in Cup, but it was the first for some of the crew,” Bobby Labonte said. “Some of them had won with Jimmy and Dale, but for some others it was their first. The other thing is that just 10 months later, toward the end of 1994 (his last season with Davis), I wasn’t sure what I’d be doing the next year. I’d just gotten the Gibbs ride, so it was good to win so quickly. And a lot of friends and family were there in Victory Lane. We didn’t all cry together, but we all enjoyed it together.

“The first win for anybody is important; it kind of catapults you up the line. That first one teaches you how to win, how to maybe get the next one. It actually makes you hungrier for the next one, and the one after that and the next one after that. It helps you grow as a driver and teaches you so much about the sport. It was a big deal for all of us.”

Labonte won twice more that year and had at least one victory a year for nine of his 11 years (1995-2005) with Gibbs. He won six races at Atlanta, three each at Michigan and Pocono, two at Charlotte, and one each at Darlington and Indianapolis. His 21st and last Cup victory came at Homestead, Florida in November 2003 in his last start for JGR. He ran 10 more full seasons for several second-line teams, then finished his Cup career with a handful of mid-pack runs before retiring in 2016 at age 52.

He’ll occasionally race a Late Model or Modified for a weekend “fix,” and he drove all six races in the six-race 2021 Superstar Racing Experience series co-founded by Tony Stewart and Ray Evernham, but has no plans to return full-time. “Doing what I’m doing now is all the fun I need, so I’m 99.9 percent sure that (return) ship has sailed,” he told NASCAR.com in the summer. 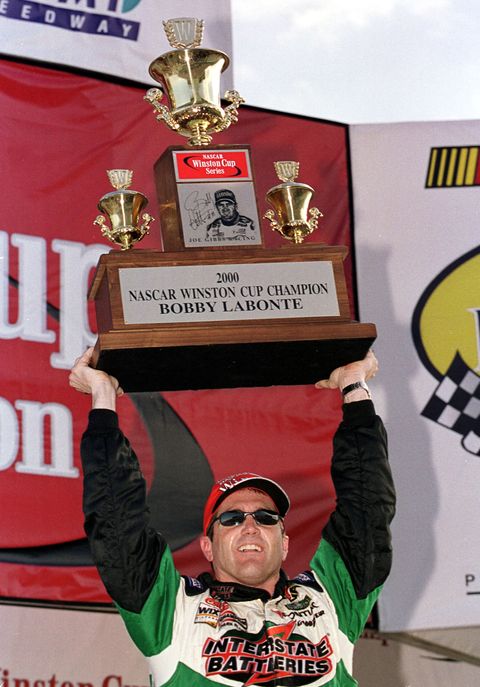 • Bobby is the only driver to win in NASCAR’s top three series at the same track. He won in the Camping World, Xfinity, and Cup series at Martinsville Speedway in southern Virginia.

• One of Bobby’s most memorable victories was the 1996 season-closing NAPA 500 at Atlanta Motor Speedway. It was extra-special for the family because that was the day fifth-finishing Terry won his second Cup Series title, this one by 37 points over Gordon, a teammate at Hendrick Motorsports.

• The Labontes are the third set of brothers in the NASCAR Hall of Fame, after Richard and Maurice Petty and Glen and Leonard Wood.

• Bobby is among seven drivers whose first Cup victory came in the 600. The others are Dillon, Gordon, David Pearson, Matt Kenseth, Casey Mears, and David Reutimann. 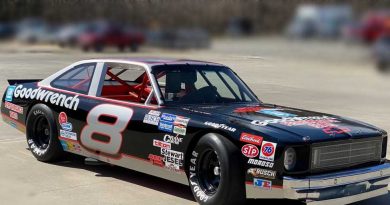 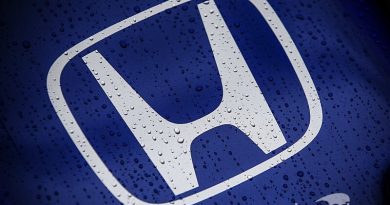 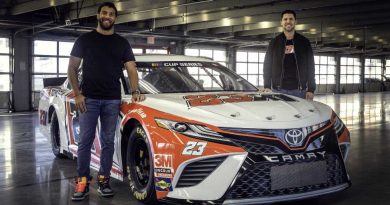