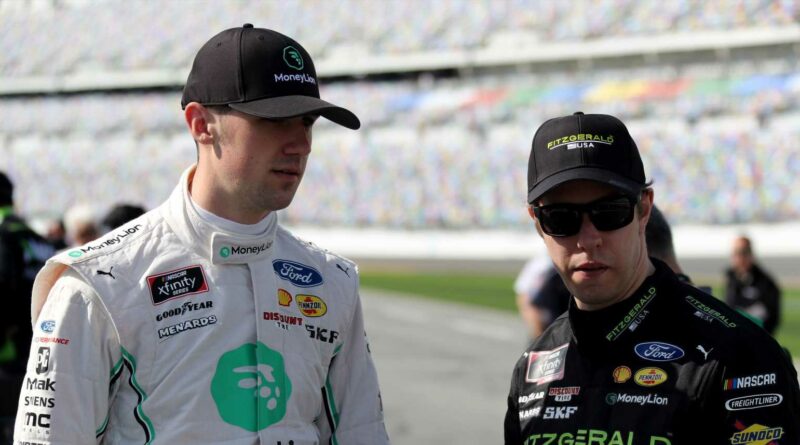 Penske confirmed that Austin Cindric would take over the flagship No. 2 Ford Mustang in 2022 with Brad Keselowski departing the organization by the end of the year. It has been confirmed by numerous outlets, and not denied by Roush Fenway Racing, that Keselowski would join that team as a driver-owner in 2022.

“We would have wanted him for at least another two or three years, but quite honestly, he wanted ownership,” Penske said. “The way we’re structured, that just wasn’t available … We’re sorry to see him go. This wasn’t a disagreement; it was a business decision.”

What once housed the Truck Series team is now home to Keselowski Advanced Manufacturing and it’s that business aligned with the current Cup Series foundation at Roush Fenway that surely was attractive from a competition and business integration standpoint.

Cindric, the reigning Xfinity Series champion and son of team president Tim Cindric, was scheduled to join Wood Brothers in 2022 but the impending departure of the 2012 champion expedited the long-term timeline for the No. 2 team. Cindric is spending another full season in Xfinity while driving a part-time Cup Series campaign.

“Austin is a champion and has proven his abilities both on and off the track,” said team owner Roger Penske. “The Cup Series is a big step for any rookie, but making this move now, in conjunction with the Next Gen car, makes sense.

“He has gained valuable experience this year competing in a handful of races at the Cup level, and he has shown he belongs out there.”

“Throughout my NASCAR career, I’ve grown a lot as a driver and an individual,” Cindric said. “There are so many individuals within the walls of Team Penske that have elevated me to a level that matches this opportunity. The support towards my development from Roger, Team Penske and all of our partners has been the leading factor towards race wins and a championship.

“The No. 2 car is iconic to this sport and is a number that represents the foundation of this team. It is a great honor and a great responsibility to continue that role. As 2022 gets closer, I am excited to embrace that.” 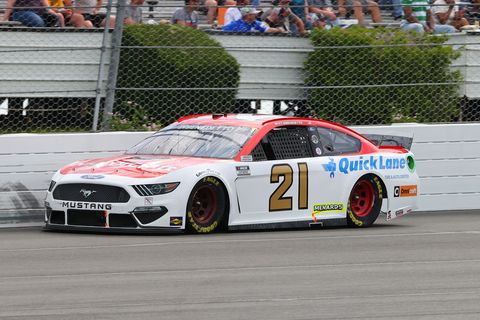 No longer needing to take on Cindric as part of its technical alliance with Team Penske, Wood Brothers opted to hire Xfinity Series hot shoe and championship contender Harrison Burton. That decision means the team will part ways with Matt DiBenedetto, who had driven the legendary No. 21 over the past two seasons.

“With Brad making his move, that kind of changed things,” Eddie Wood said. “So, we all got together, Team Penske, Ford Performance and all of our partners and we decided, with the Next Gen car in mind, and that’s a white sheet of paper for drivers, so we felt that’s a good time to bring in a young rookie.

“We made the decision to bring a young rookie to team up with Austin, and those two guys can work together to become great race car drivers, because this car is such a white sheet of paper.”

The Wood Brothers Racing co-owner says rookies will have their best shot against veterans with decades of experience next year because this new car is so radically different than anything they have ever driven.

Burton says he’s not sure anyone is ready for the Cup Series — they just have to go do it.

“It’s a grueling season with amazing drivers and amazing race teams that you have to find an edge on and the edges you do find are tiny,” Burton said. “Your margin for error is tiny. So, when you’re a young guy, and the opportunity to align yourself with a group like these people, and you have a chance to kind of get into the sport at a time it’s going through a lot of change, there’s an opportunity in that.

“You can look at it the other way and say it’s going to be a lot of change, and craziness, and tough, but it’s never not going to be a challenge … There’s always going to be a spot where you’re trying to learn against guys who are 20-year veterans and that element will still be there.

“But this will give me a shot to learn how to be a Cup driver, but do it with a group of people that understand I am a young driver who will have good days and bad days, and they’re going to give me all the resources in the world to be great.”

Burton is the second-generation son of Cup Series great Jeff, and a four-race winner in Xfinity Series competition with Joe Gibbs Racing. He is currently fifth in the standings this year with five top-5s and 11 top-10s in 18 races.

The Wood Brothers press release did not mention DiBenedetto, nor did it thank him for their time together, and there is a very specific reason why.

“One thing I’d like to say, because people have asked why we didn’t say ‘thank you’ to Matt in our release is because in our eyes, we’re not done. There are five races left (in the regular season) and then we’re trying to win a race and make the playoffs and there’s 10 races after that.

“So, we’re not ready to say goodbye. Everyone who has ever driven our cars has become family and we view Matt as family. Everyone knows Matt and everyone loves Matt. He’s a great person, has a great big heart, and he’s got great big arms too, but we viewed this as getting through the year, and when it comes time to say goodbye, that will happen.”

That big heart was on full display during a nearly nine-minute video DiBenedetto posted to Facebook in which he bluntly said the decision, ‘does suck, and revealing he found out on Wednesday.

“When I found out, I tried to be like ‘OK, been through this before, so how do I handle this,’” he said. “God has a plan for me, there’s a greater plan …

“But you know what, I didn’t really sleep last night and it’s OK to have human emotion and I’m not going to lie to you, it’s ok to be pissed off, angry and bitter and all of the above. It’s just what it is. We’re human and we’re not perfect.”

The 29-year-old has been through this before. He sits 18th in the standings, on the outside of the playoffs and must win one of the remaining five events to return to the playoffs for a second consecutive year. DiBenedetto says his team was broken before the All-Star Race when the replaced crew chief Greg Erwin with Jonathan Hassler, but too much time had been lost going that direction.

“Our team is clicking,” DiBenedetto said. “Finally, but guess what? It’s too late. I know it’s going to work out like it’s supposed to, but I’m just expressing my frustration with the way it is. I’m getting the shit end of the deal. I’m not angry at anyone in particular. It doesn’t make the situation not suck.”

So just like when DiBenedetto intentionally left a guaranteed ride at GoFas Racing to bet on himself and landing at Leavine, or when he was picked up by Wood Brother on consecutive seasons, he’s going to have to prove that he can stick at the highest levels by performing.

“There’s still a lot of season left,” DiBenedetto said. “The positives are we do have our team on track so we can go kick ass. That’s the great thing that’s already shown. And I’m appreciative and I want desperately to get the 100th win for the Wood Brothers because like I said, they are family to me and always will be to me. I’m appreciative of the opportunity. 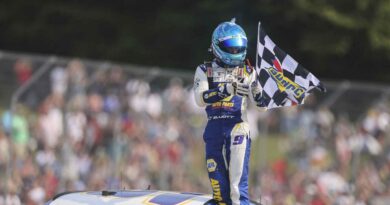 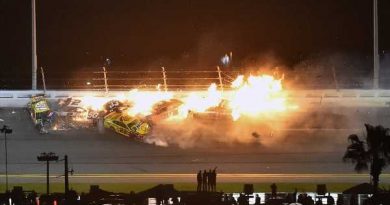