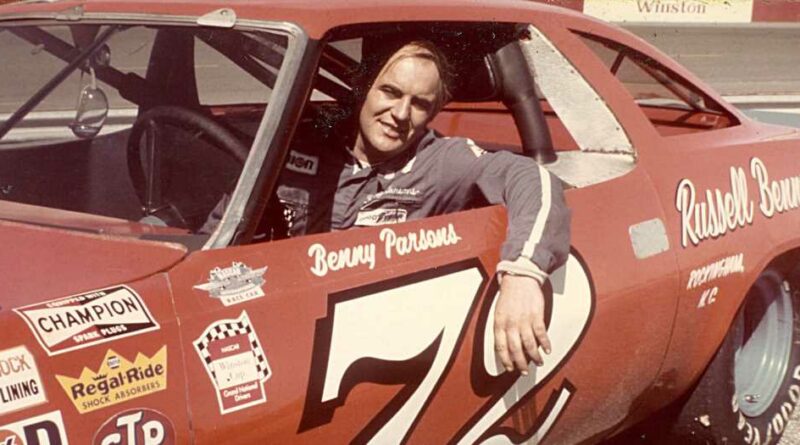 This was no normal Mother’s Day phone call. Benny Parsons, in his second full season in NASCAR Cup Series racing, was calling from Virginia with good news. He had scored his first race win.

The phone was handed to Parsons’ five-year-old son, Kevin, who listened to his father describe the win. Kevin’s first question: “Was Richard Petty there?”

This was no idle question. In 1970, Petty won 18 times. In 1971, he would win 21 races. In short, he was expected to win every time he took a green flag. So Kevin Parsons could be forgiven for wondering if racing’s king had somehow missed the race his father won.

Indeed, Petty was there. He finished second, a lap down to Parsons.

The breakthrough win for Parsons was scored in what became the final Cup race at .357-mile South Boston Speedway. The Cup schedule was shortened dramatically for the 1972 season, and South Boston was one of the short tracks that didn’t survive the cut.

Parsons was 29 years old when he logged that first win. It was his 66th race in the series.

Parsons had enjoyed success in the Automobile Racing Club of America, winning the series championship in 1968 and 1969 before making the next logical step into NASCAR. Kevin, the older of his two sons, stored memories of his dad’s numerous ARCA wins and wasn’t impressed when the NASCAR road turned out to be so rough.

“My brother had grown up going to victory lanes with Dad,” said Keith Parsons, Benny’s younger son. “He famously would tell Dad, ‘You need to give up on NASCAR and go back to ARCA so we can win.’ ”

There wasn’t much give-up in Benny Parsons. Although he struggled at times and often wondered if there would be enough money to make it to the next race, his perseverance prevailed. He ultimately scored 21 Cup victories, won the 1973 national championship and, after retirement, enjoyed a successful second career in race broadcasting.

In 1971, Parsons was driving for North Carolina businessman and track owner L.G. DeWitt, whose team was underfunded in comparison to the big guns of the day. The landmark win at South Boston was big for Parsons and the team in many ways, but it was overshadowed soon after when DeWitt was involved in a serious passenger car accident.

“They shut the team down for several weeks,” Keith Parsons said. “You would think that the win would set them up for success, but the car accident was really bad and, for a while, it was touch-and-go if they would ever come back to racing.”

The team missed six races in the heart of the 1971 season, including the popular July race at Daytona International Speedway.

“It was a trying time,” Keith said. “My dad talked about it some. He didn’t know what he was going to do. He had built his life on trying to race. Somebody in Nashville knew he was struggling and flew him to town every Saturday to run the weekly short-track race there.”

That somebody was Nashville track promoter Bill Donoho, who not only provided Parsons with a car to race but also let him stay in the Donoho home on those race weekends.

DeWitt soon recovered, and his team, with Parsons driving and managing daily operations, returned to the Cup series in late July at Nashville. Parsons finished third. The race winner? Richard Petty, of course.

“I think winning that first race at South Boston was big for him,” Keith said. “Richard Petty was always my dad’s hero. I guess he was everybody’s hero. He was the person everybody was trying to beat.

“Dad believed he could do it and was very results-driven. He hadn’t won in a year and a half, and he came from ARCA, where he was the hotshoe. He expected more of himself. He felt like that first win really validated his decision to uproot his family from Detroit and move to a tiny town in Richmond County in North Carolina.”

Parsons was born in North Carolina, but his father moved the family to Detroit when Benny was two. Although Benny spent most of his childhood in North Carolina with his great-grandmother, he moved to Detroit after high school to work with his father in the elder Parsons’ service station and taxi business. He soon volunteered to work with a local short-track team, and his long road to racing success had begun.

Parsons won the Cup championship in 1973 in one of racing’s unusual finishes. Parsons had a significant point lead entering the final race at North Carolina Motor Speedway and needed only to finish about half the laps to secure the title. But he was involved in an accident only 13 laps into the race, and his car was heavily damaged. His shot at the championship was hanging by a thread, but members of other crews joined Parsons and his crew and repaired the damage in about an hour. Parsons returned to the track and finished enough laps to secure the title.

In 1975, Parsons scored his biggest win, taking the checkered in the Daytona 500 after leader David Pearson spun out with six miles to go. As a sign of the respect Parsons had earned in NASCAR, members of opposing crews stood to applaud him as he drove to victory lane. 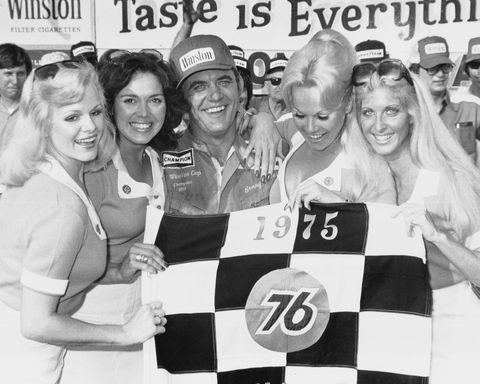 “Here’s what I can say about Benny Parsons,” said Tex Powell, a mechanic who worked with Parsons. “You could walk into any garage area and ask anyone who their five favorite people were, and Benny would be on all of those lists.”

• Throughout his career, Parsons was often identified as “a former taxi driver from Detroit.” It’s true that he worked in his father’s service station-taxi business, but it was largely as a manager and mechanic. He drove taxis only occasionally, usually when a regular driver missed work.

• For years, Parsons hosted a Christmas party for underprivileged children in his hometown of Ellerbe, N.C. Santa made an appearance, and there were presents for all. Parsons often talked of a small boy who walked up to him at the party after receiving new sneakers and asked if he really could keep them.

• Parsons won the final race in the third season of the International Race of Champions series, beating A.J. Foyt and Mario Andretti to the finish line at Daytona International Speedway. 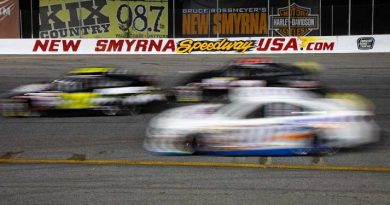 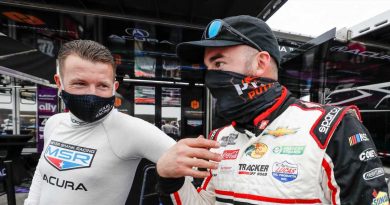