One way or the other, the complexion of the NASCAR Cup Series will drastically change next season.

For one, the much heralded Next-Gen car is set to debut during Daytona Speedweeks and the schedule set to undergo a series of alterations that includes short tracks and road courses throughout the next decade. For example, here’s a realistic take for how the 2026 schedule could conceivably shake out.

Tony Stewart, Jeff Gordon, Dale Earnhardt Jr., Jimmie Johnson, Matt Kenseth and Clint Bowyer have all retired after dominating headlines for much of the past two decades. Carl Edwards is too busy sailing the ocean to ever fully address his own surprising decision to step away after the 2016 season.

Kevin Harvick recently signed an extension that will permit him to race the Next-Gen car before likely transitioning into a broadcaster.

The current old guard free agents includes Ryan Newman and Kurt Busch and they may not make it (or even be interested) in making it to the Next-Gen era.

There are no shortage of prime contenders and young guns with their contracts coming due by the end of this season, adding an interesting subplot to Silly Season this summer, considering next year marks the start of a new era.

As it stands, Hendrick Motorsports, Team Penske and Chip Ganassi Racing could have seats available. 23XI Racing could expand to a two-car operation as well.

The 2012 champion has been the most intriguing free agent in NASCAR for the past two seasons. Brad Brad Keselowski was set to possibly test the market last summer prior to the pandemic but opted to sign a one-year extension with Team Penske that would mutually beneficial for both parties.

With 33 wins and a Cup championship, Keselowski is a premier talent, and still has nearly a decade of prime years left at 37 years old.

Roger Penske has expressed interest in maintaining the partnership and Keselowski hasn’t totally publicly shown his hand, but this is a pivotal point of the driver’s career, and he knows it.

“We’re in discussion with all of them,” Penske said last month. “I think that with COVID, we haven’t been able to get together, but we’ve had conversations with Brad before. I think that we’re moving in the right direction. There’s no reason we wouldn’t renew, for sure. I mean, I guess it’s just a matter of us sitting down and putting it together, but with everybody not being able to move around, you don’t do that over the phone and you don’t do it by Zoom, so we want to do that face-to-face with all of them.”

For his part, Keselowski has said that it’s not prudent to negotiate through the media and said that conversations are ongoing.

Keselowski is one of the top starts in the sport and has earned every opportunity to build a program that maintains his level of success, but also rewards him for it, too.

Short of defending champion Chase Elliott, no one at Hendrick Motorsports has won more than Alex Bowman over the past three seasons. That’s one win per year at Chicagoland, Fontana and Richmond on Sunday. His overall stats have improved each year too and really seems to have come into his own now that’s he inherited the No. 48 from the retired Jimmie Johnson. He remains a free agent to be because Hendrick Motorsports has been unable to consistent find sponsorship for his program.

Hendrick Motorsports EVP and General Manager Jeff Andrews said there’s nothing new to report on the topic when asked by the media following Bowman’s win at Richmond.

This is the 22nd year that Kurt Busch has raced in the NASCAR Cup Series, but at 42-years-old, he’s clearly on the other side of his career — even if he still remains competitive.

The 2021 season hasn’t started as well as anyone would have hoped at Chip Ganassi Racing so it’s hard to look at the stats as indicative of his performance as a driver. The 2004 Cup Series champion is still good for a win every year and has made the playoffs in each of the past nine seasons.

He’s interested in driving the Next-Gen car but has conceded that it’s a 50-50 chance that he may or may not race next season, and everything comes down to both his competitiveness and his continued partnership with Monster Energy.

“I’ve been at this game a long time,” Busch said in February. “I’ve been out there 21 years and my wife is a great supporter of mine and she loves the racing but it’s been a bunch of years out on the road and out on the circuit and we’ll see what 2022 brings us when we get there.”

Like Busch, Ryan Newman is in the midst of his 22nd season and appears at the end of his career, too. He’s only won once over the past seven seasons, but was of course, in contention for the 2020 Daytona 500 on the final lap before the crash the injured him last spring.

And yet, Newman isn’t that far off the pace set by teammate Chris Buescher. They’re both in playoff contention at Roush Fenway Racing and the team would be wise to consider Newman to help develop the new car as opposed to bringing in a young gun. Newman’s engineering degree and natural inclination towards set-ups would be a valuable asset when dealing with what amounts to a spec car.

The start to the 2021 season was a worst-case scenario for Matt DiBenedetto.

Notified late last year that he would be given a one-year extension at Wood Brothers Racing before losing the seat to Austin Cindric in 2022, DiBenedetto entered the season knowing this could be his last chance to earn a permanent spot with a marquee team after a decade toiling with underfunded operations.

He made the playoffs in the No. 21 car but has yet to reach victory lane with the legendary Ford outfit.

DiBenedetto finished 28th or worse in the first three races of the season and was mired deep out of a playoff spot through the first month of the season. Since then, he has been a constant in the top-15 and often in the top-10 and is back in the playoff hunt.

Making the playoffs for a second straight season will go a long way but winning a race or two will be the biggest measure towards making DiBenedetto a candidate to join a marquee team next season.

“It is funny – or maybe funny isn’t the right word, but now I can laugh about it a little bit,” DiBenedetto said of the early struggles.

“Ending the season last year, we had three straight top-10’s and consistency and all that. All I was talking about all off-season was about firing off with that momentum. Insert foot in mouth. We did the opposite of that. It wasn’t anything of our doing. It was just bad circumstances.

“I am a little bit surprised. If you would have shown me the standings after a handful of races and how rough the start was, I would be like, ‘Whoa, what the heck happened?’ It goes to things that were just out of our control. We are prepared for the challenge though.”

Ricky Stenhouse Jr. has reinvented himself at the best possible time in his final year under contract at JTG-Daugherty.

He has been with the team prior to the 2020 season when he was surprisingly cut from Roush Fenway Racing but has become the best version of himself in 2021. Known for having a lot of speed and natural ability, the two-time NASCAR Xfinity Series champion also earned a reputation for being involved in a lot of crashes, often while in contention for a top finish.

Through the first nine races this season, he has finished every race, and posted a 13.1 average finish with impressive underlying statistics too.

At 33 years old, if this is indicative of what he could become, his ceiling might even be higher than returning to JTG next season — even though he’s saying all the right things about his current employer.

“I enjoy it here,” Stenhouse said. “I love being here and I love trying to build the team around the people we have. I’m looking forward to continuing the process of getting better and better every week. I want to be here.”

Similar to his teammate at JTG Daugherty Racing, Ryan Preece has enjoyed the best possible start under the worst of circumstances to his 2021 season.

Preece’s No. 37 team lost its ownership charter over the winter, meaning that his car is not guaranteed a starting position into every race, and also generates less income over the course of the season. The only way Preece could immediate continue to start every race was put up good finishing results and remain in playoff contention.

That’s exactly what the 20-year-old has done with two top-10s and sitting 21st in the standings with a car that is not fully funded.

Preece very well may not finish the season as a full-time driver, but maximizing his current Cup Series equipment, while continuing to be a force on short tracks in his free weekends makes him a valuable commodity approaching the Next-Gen era.

Also like Stenhouse, Preece is represented by KHI Management, which could prove valuable with Kevin Harvick transitioning away from driving and into a full-time businessman capacity over the next decade. 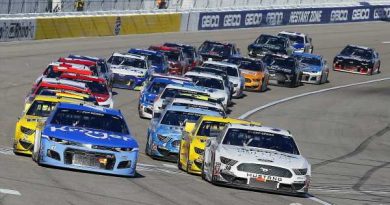 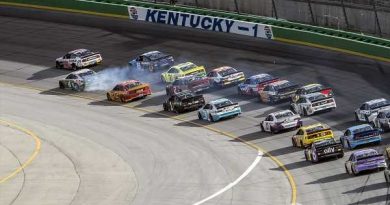 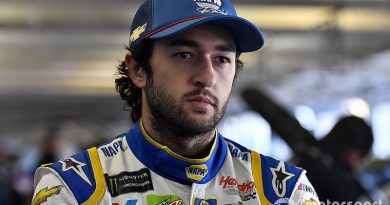