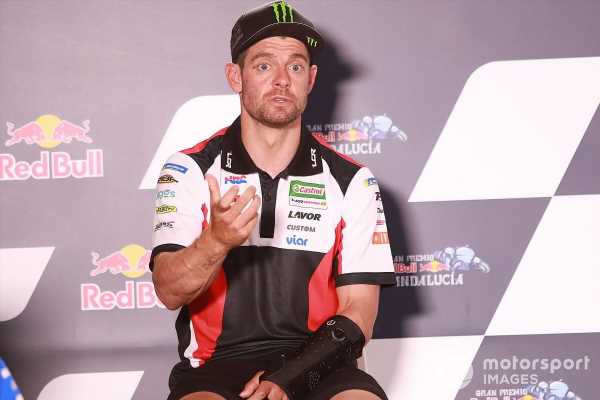 Crutchlow fractured his left wrist in a crash during warm-up for the Spanish Grand Prix, though was back in action for the following week’s Andalusian GP at Jerez.

It was here he began to suffer with arm pump in his right arm as he was compensating more on this side of his body as a result of his injured wrist. Having not suffered the issue for several years, it persisted in the following races, with Crutchlow going under the knife after the Styrian GP to have the issue corrected.

Since then he has had issues with “litres” of fluid leaking from his arm and has had to take the stitches out to let it drain – though the wound hasn’t closed over.

“The last time I had it [the operation] was Barcelona 2014,” explained Crutchlow. “Now, it seems that they never took the fascia out [of the arm], they always just opened it. So, the fascia seems to have grown a new layer and closed over again [during] the lockdown period.

“I needed to have it cut or taken out. With my body type, the muscle is very damaged. If you look at the pictures, the top muscle looks completely clean like a nice piece of steak, and the bottom part which is really in trouble looks like it’s been abused for years.

“I had the surgery, they took out the fascia. But if you remember the last time somebody had the fascia out was Dani [Pedrosa, in 2015] and he had six weeks off. But what has happened in the last days has been a disaster and I have litres and litres of fluid, called seroma fluid, coming out of the arm, which was the case when I took the cast off after 10 days.

“The fluid was coming through, [which was] no problem. But it just hasn’t stopped, the damage inside is significant. So, the problem I have now is when we took away the stitches the arm has opened up and we can see the muscle inside. My arm is open and I’ve had every day this week in hospital.

“I had it stitched, then this morning I couldn’t even see the bones in my hand, it was that swollen from the pressure from the fluid. So, we’ve retaken the stitches out to let the fluid come out.”

Crutchlow has been cleared to ride this weekend by MotoGP doctors, but is unsure if he will make it to the race.

“The expectation is always to race, whether it happens or not, I don’t know,” he added. “I’ll have to see how my arm is tomorrow. The worst situation that could have been has been, because now I have nine races coming up in 11 weekends, and I need the arm to recover.

“Maybe I’ll ride tomorrow and there will be no problem. But what is evident is the more I use the arm, the more fluid there is, and I need to stop the fluid somehow. There is no quick fix.” 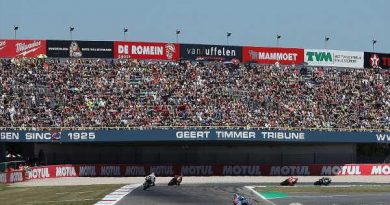 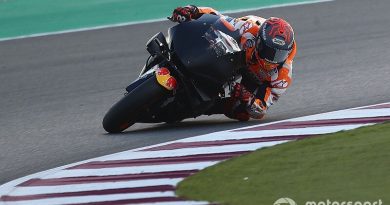 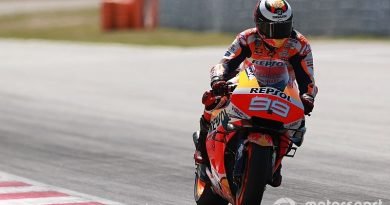