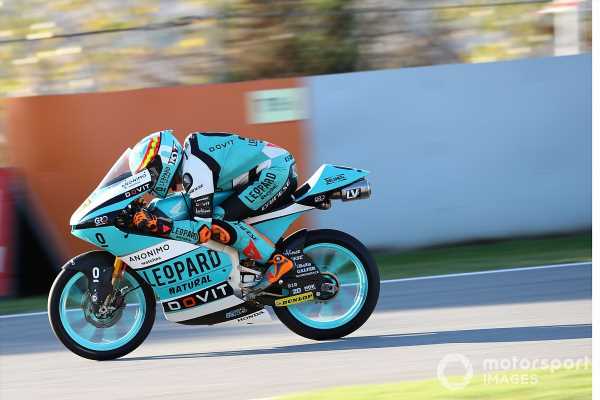 Leopard Racing says “things are being negotiated” for it to make a step to MotoGP in 2022 as a satellite operation, though it’s still “far from being able to enter”.

The current agreement between MotoGP organisers Dorna Sports and the International Race Teams’ Association (IRTA) – as well as most manufacturers’ contracts with MotoGP – expires at the end of the 2021 season.

Only KTM has committed to MotoGP beyond 2021, with the other manufacturers’ intent to do the same: Yamaha, Honda and Ducati have deals in place with several of its riders which covers the 2022 season.

Rumours of a Suzuki and an Aprilia satellite squad coming for 2022, as well as the arrival of news teams – most notable Valentino Rossi’s VR46 squad – have swirled for some time now.

Leopard – three times a champion in Moto3 with Danny Kent in 2015, Joan Mir in 2017 and Lorenzo Dalla Porta in 2019 – has been a part of those rumours, but confirmed to Motorsport.com nothing has been finalised and there is “no option” to step up in 2021.

“Things are being negotiated but we are still far from being able to enter MotoGP. The paddock rumours amplify the news and right now we would like to be able to do something in MotoGP in 2022.

“But we will see if we are ready, and if the organisation has a space for our team; things may flow. But at this moment there is nothing concrete. For 2021 there is no option.”

The current grid of 22 riders is seen by Dorna as the ideal capacity, though two extra slots have been reserved by the championship – which many believe is for the VR46 operation.

Some uncertainty over the future of the Esponsorama (formerly Avintia) squad beyond the current IRTA agreement with Dorna has arisen, which could have its spots bought out by either VR46 or Leopard should both wish to make the step in 2022.

Rossi has commented on the possibility of his VR46 team moving up to MotoGP several times this year, but admits it “must take a new step” in growing the operation before it can race in the premier class.

“The structure of the VR46 has grown a lot, we have consolidated the teams in Moto3 and Moto2,” Rossi said. “But to be in MotoGP we must take a new step, grow even more.

The last team to step up from the lower classes to MotoGP was Petronas SRT last season, which now currently leads the riders’ standings with Fabio Quartararo following his third win of the 2020 campaign last month at Catalunya.

Next year, SRT will field Rossi – who signed a one-year deal with Yamaha in Barcelona – and Franco Morbidelli, who has a deal for 2022 with the team in place. 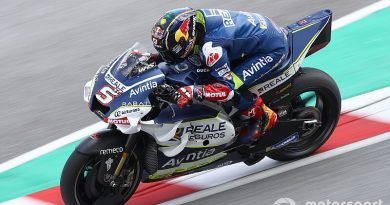 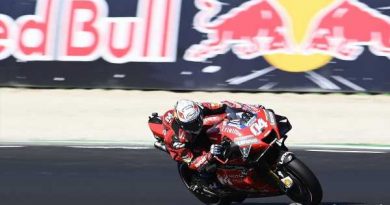 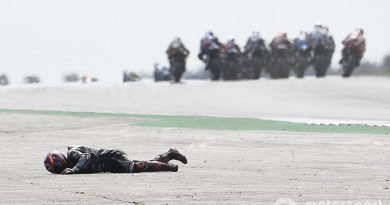