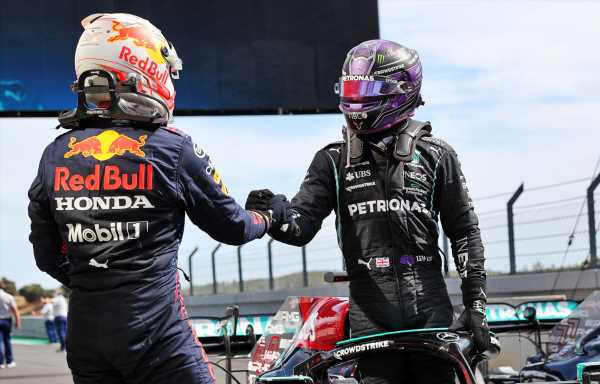 Mika Hakkinen is certain there are still “surprises” to come in this year’s title fight even though momentum has swung in Max Verstappen’s favour.

Verstappen extended his advantage at the top of the standings for the third race in succession, the Dutchman increasing his lead to 19 points with a comfortable P1 at the Mexican Grand Prix.

He led home Lewis Hamilton, who could only watch as Verstappen swooped around the outside of Valtteri Bottas at the start to jump from third to first and set up the win.

However, the championship is by no means over. With four races remaining, and a sprint race in the mix in Brazil, there are a total of 107 points still in play.

As such Hakkinen feels there could still be a surprise or two before this season concludes in Abu Dhabi.

“There is no doubt that Max’s victory has given him a strong lead in the World Championship with only four races remaining,” he wrote in his latest UniBet column, “but in my opinion a lot can still happen in this battle between Red Bull and Mercedes.

“While the next grand prix in Brazil should again suit Max’s car, Lewis Hamilton won at Interlagos in 2016 and 2018.

“We then head to two new circuits in Qatar and Saudi Arabia, which means neither team has any data from previous events on which to rely.

“They will of course use simulation technology to predict performance, but you never really know how a car and tyres will work until you start running. Freshly surfaced, new tracks can be oily, dusty and definitely tricky.

“Red Bull have shown a small but important pace advantage, however I am certain that next four races will produce surprises.

“This is when the psychology of the driver and his team will become important. When everything is going well it can start to feel easy, but it’s when something goes wrong that championship-winners show just how good they are.”

Another race done, now four to go for the title rivals

And @Max33Verstappen and @LewisHamilton were looking ahead after race day in Mexico 💬👀#MexicoGP 🇲🇽 #F1 pic.twitter.com/jYenQcv54n

Hakkinen is a driver who knows all about winning titles in the last gasp.

In 1998, he went into the final race of the season, the Japanese Grand Prix, four points ahead of Michael Schumacher.

While Schumacher started from pole position, he stalled on the formation lap and had to go the back of the grid. He retired later in the race while Hakkinen claimed the win, and a first World title.

A year later it was the other Ferrari of Eddie Irvine who was leading ahead of the season-ending Japanese Grand Prix, four points up on Hakkinen. The Finn again the won while Irvine was down in third place. Hakkinen took the title by two points.

“I won both my World Championships at the final race of the season, so I know what it’s like to have a tight battle,” said the 53-year-old.

“Every point counts, and so too does every technical issue or accident. You have to keep your focus, and keep working hard with everyone in the team to make sure nothing is taken for granted. If you relax, the other guy is always waiting to take an opportunity.

“In my experience, therefore, it’s never over until the chequered flag falls on the last race. I feel sure this World Championship can go all the way to Abu Dhabi.

“Mercedes will do everything they can to make that happen, and no one should discount Lewis Hamilton’s ability to give Max plenty to think about during these final races. He likes a challenge, and that’s what Max is to Lewis.

“Much can still happen.” 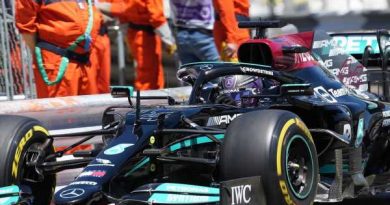 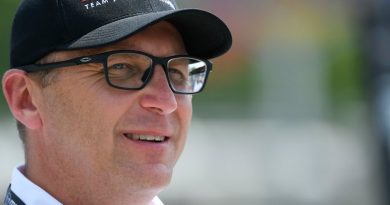 Nice choice: Why John Doonan was the perfect pick to lead IMSA