Happy to be starting his F1 career with Haas, Mick Schumacher says the dream is to one day race for Ferrari “like my father did”.

Three decades on from Michael Schumacher’s Jordan debut, 21-year-old Mick Schumacher will take to the track this season with Haas.

A member of Ferrari’s young driver academy, the German has been placed at Haas by his Italian bosses where he will spend a season or two before contemplating the next step in his career.

Could that step be Ferrari? That’s the dream.

“I am very happy to be at Haas,” he told La Stampa.

“It’s my Formula 1 debut and I would like to do it in the best possible way. Then we will see what the future has in store for me.”

He continued: “I don’t deny it, it would be a dream to drive a Ferrari like my father did in the past.”

Schumacher’s father is a Ferrari legend, winning five of his seven World titles with the Scuderia in a championship-winning stint that ran from 2000 to 2004.

Watching his father at the track, Schumacher began his own path to Formula 1 which included the 2018 Formula 3 European Championship and the 2020 Formula 2 title.

“I have always thought about it,” he said. ” I started to believe it after the success in F3.

“In F2, I had problems at the beginning but last year I won and here I am.”

In England quarantining at the moment. Can’t wait to get to work 💪🏻 @HaasF1Team pic.twitter.com/d6nIES8t81

Although he is with Haas this season, Schumacher will still be guided by Ferrari and its team boss, Mattia Binotto.

Asked what advice the Ferrari team principal had offered ahead of his debut campaign, he said: “If I think about it, the first that comes to mind is be strong.”

Binotto, though, isn’t the only one offering guidance with four-time World Champion Sebastian Vettel, who hails Michael Schumacher as his hero, one of the 21-year-old’s biggest supporters.

“Seb and I talk to each other regularly,” he said. ” He has great experience and gives me advice. He keeps an eye on me.” 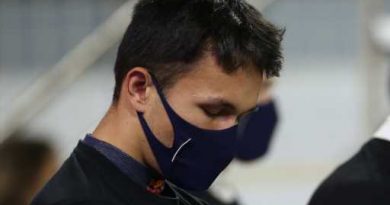 'No competitive justification to hold onto Albon' | F1 News by PlanetF1 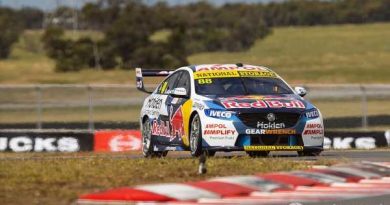