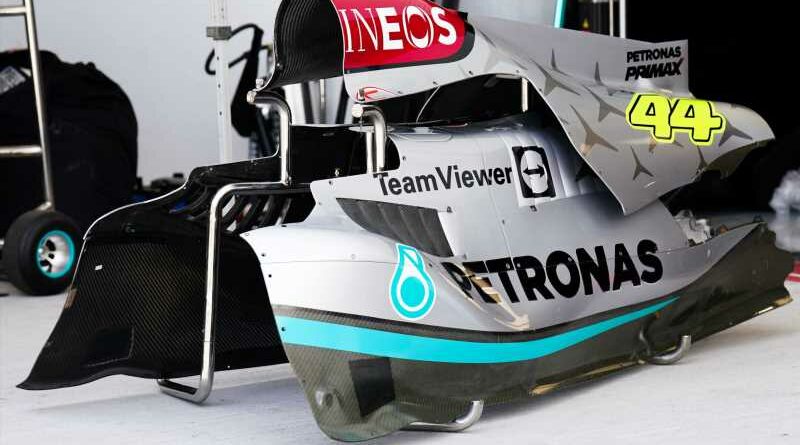 Unless Mercedes’ Miami upgrades provide the step forward the team desperately need, Martin Brundle says there must come a time when they declare “this car and concept doesn’t work”.

Formula 1 has a new look this season with the cars based on ground-effect aerodynamics.

Although there were concerns before pre-season testing that the cars would look the same as F1 had issued a rigid set of technical regulations, the teams all came up with different solutions.

Mercedes went with a zero-pod design, but the W13 is proving to be a handful as the minimalistic sidepods have compounded their ‘porpoising’ problems.

Suffering with extreme bouncing, it is speculated it is costing Mercedes roughly a second per lap.

After four difficult races, the team arrived in Miami with updates for the car that had George Russell hitting the front in FP2.

The W13, though, was still struggling with porpoising, the team having failed to wipe that out.

And if they can’t, Brundle says Mercedes “must” make the call in the coming races to scrap their design philosophy.

“There must be a point coming soon when they have to accept this car and concept doesn’t work and have a redesign for the second half of the season,” he explained to Sky Sports.

“In which case, what are you going to do? I can’t imagine the team want to copy someone else’s concept.

“With cost cap and a 23-race season, it’s a really difficult situation Mercedes find themselves in.

“The next race or two, starting here, is critical for them solving the problem. Can they understand it? Can they fix it?

“If they get the potential out of the car, I think they will quickly be back in the game.”

Mercedes are third in this year’s Constructors’ Championship with 77 points, 47 behind Ferrari.

The team’s motorsport boss Toto Wolff acknowledged last month it is something Mercedes may have to face in the future.

“I wouldn’t say there is such thing as a concept being wrong,” he told the BBC. “But is there a part of what we have done that simply doesn’t work with the regulations, and what is it?

“You don’t need to throw away the goodness, but if there are fundamental areas that don’t allow us to unlock the potential we believe is in the car then you need to cut your losses.” 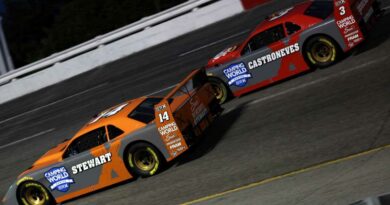 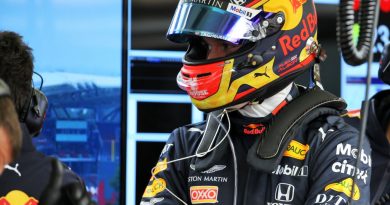 Alex Albon: I should have done better than P5 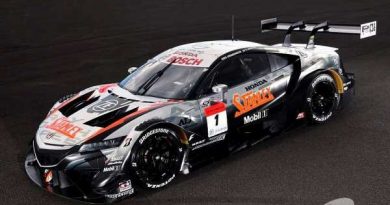