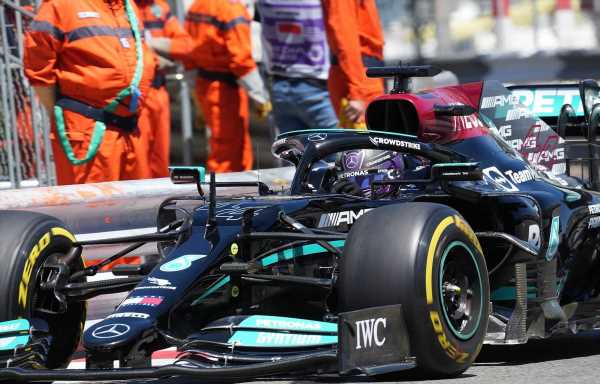 Mercedes‘ chief strategist James Vowles says the team will come back from a disappointing weekend in Monaco – one of their “weakest tracks” traditionally.

Valtteri Bottas had been running P2 in the grand prix, but a botched pit-stop saw the team unable to detach his front right wheel and the Finn had to retire.

Reigning World Champion Lewis Hamilton, meanwhile, looked off the pace all weekend – sharing his frustrations on team radio as strategy played out against him on his way to a P7 finish, surrendering the lead in the Drivers’ Championship to Max Verstappen in the process.

Vowles was quick to stress the team will confront the challenges of the race head-on, with the aim of working together to get back on track in Baku.

“I’ll start with our core and our ethos within this team, and it’s one really of standing up in the case of adversity, the one that accepts faults and failures will happen,” Vowles said pragmatically in the team’s YouTube debrief. “What’s actually really important is how the team cements itself after that.

“How do you pick apart the details and learn from it, and more importantly become stronger at the next event and from then onwards? That culture underpins this team and what happened at the weekend in Monaco will only serve to strengthen that.

“This was one of our weakest tracks, if not perhaps and hopefully the weakest. We know we will be stronger at some tracks going forward across the season and the positives are that even at this outlier track, at this poor track for us, if we can walk away with podium-type scoring potential it means we have a chance to fight for the championship.”

VB's car is back home. Cheers for all the helpful suggestions but we’ll take it from here! 💪 pic.twitter.com/41E4GDRbQh

With the team’s individual disastrous races in Germany in 2019 and Sakhir in 2020, there appears to be a trend of the team experiencing one poor race per season, before returning stronger again  – which Vowles believes is a by-product of fighting at the front every weekend.

“I think for me that’s just an indication that we are a World Championship-fighting team, we are on the limit of pushing every boundary,” Vowles reasoned.

“It doesn’t matter whether it’s car performance or pit-stops or human endurance or the drivers taking everything they can to risk everything for every point that’s available to them.

“When you are there, you will make mistakes. What’s important isn’t the mistakes you make, it’s the corrective action that happens afterwards and it’s how the team bonds following that.” 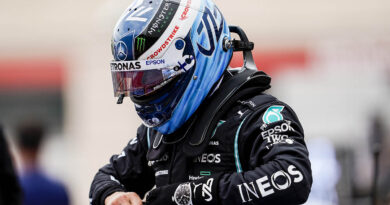 'Two-stop would have committed Valtteri Bottas to P4' 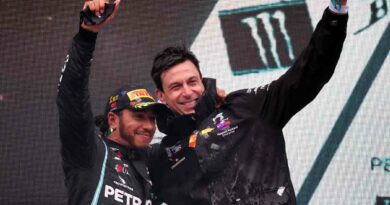