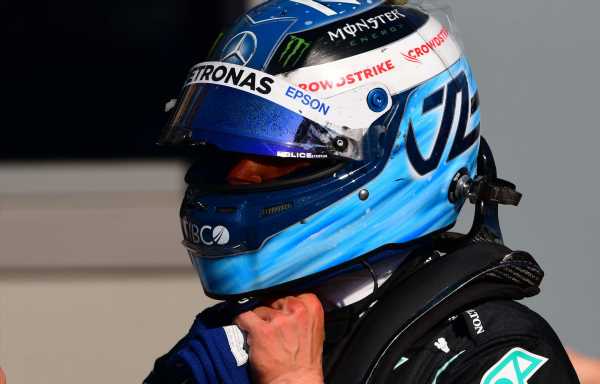 After much speculation about whether Mercedes would fit Lewis Hamilton’s W12 with a new PU in Russia, the team has introduce a new engine but for Valtteri Bottas’ car.

This weekend’s Russian Grand Prix has seen a spate of engine penalties being handed out, but the one that is the most interesting – and important – for Mercedes was for Max Verstappen.

Red Bull announced earlier in the weekend that the Dutchman would be taking a fourth hybrid system for the season, relegating him to the very back of the grid.

The big question that the paddock was left debating was whether Mercedes would follow suit with Verstappen’s title rival, Hamilton.

Asked about that on Saturday evening, Mercedes motorsport boss Toto Wolff told the media: “I don’t want to comment on that at this point. I have never lied to you, and I will not do it now.”

Helmut Marko, though, thought he saw a change on the horizon.

“We hope they will have to change the engine soon,” the Red Bull advisor told Sky Deutschland.

“We saw with Bottas that they also have problems, and that with a fresh engine you can push with more confidence.”

The Red Bull advisor was right, Mercedes did go opt for an engine change – but for Bottas, not Hamilton.

It is said to be a tactical decision.

As a result of the new system, Bottas will drop from seventh after qualifying to 17th on the grid.

That means he’ll be starting ahead of Verstappen, who is P20, and can potentially block the Dutchman’s attempts to put in a recovery drive. Mercedes can also use him to copy Verstappen’s strategy, adding a further obstacle for Red Bull to have to overcome.

The new engine is Bottas’ fifth of the season, the Finn only having taken his fourth at Monza. Today’s decision also means he will have enough power units in his pool to see him through to the end of the season without any concerns.

As for when Hamilton will eventually move onto his fourth, the Brit, who is starting P4, says he doesn’t know.

“In terms of engines, I have absolutely no idea,” he said after Saturday’s qualifying at Sochi.

“Of course I’ve lost one engine, Valtteri’s had several. And there’s been others that Mercedes have seen up and down the paddock.

“So right now my I’m trying to treat my engines, the ones that we put in, with the absolute care when I’m driving, in terms of how much I’m gassing it, how much I’m revving the thing, revving the nuts off it, just really trying to minimise the laps that I do.

“But who knows? I can’t control the future.” 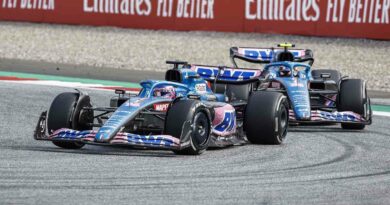 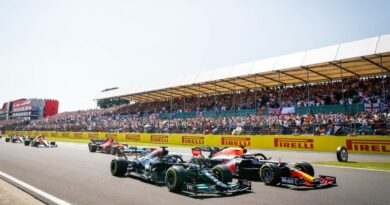