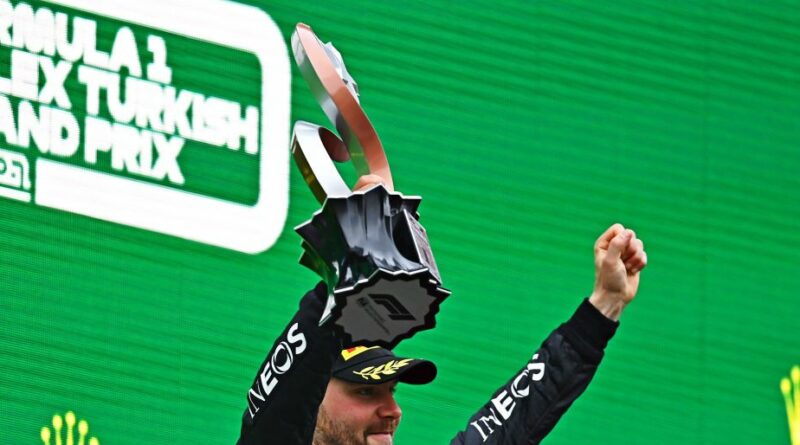 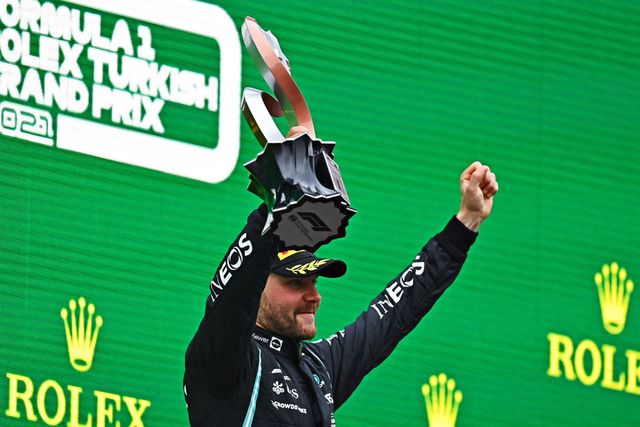 In a season featuring epic scraps between Lewis Hamilton and Max Verstappen it was the third man who got his moment in the spotlight in Turkey.

It has been a difficult ride for Valtteri Bottas of late. His five-year stint with World Champions Mercedes is coming to a close and he has performed admirably, remaining apolitical, while playing the team game. No driver likes being labelled a number two driver, yet Bottas has regularly filled that role for five seasons, backing up Hamilton, and occasionally being the guinea pig. From 2022 it will be a fresh start, with Mercedes employing George Russell, and the well-liked Bottas instead plying his trade at Alfa Romeo, which is currently down in ninth in the standings.

Wins, then, could be rather far-fetched for Bottas beyond the end of 2021, and on Sunday at Istanbul Park he made the most of the front-running machinery at his disposal. With Lewis Hamilton starting only 11th due to an engine penalty, and Red Bull lacking the optimum pace all weekend, Bottas strolled away from pole position and mastered peculiar conditions.

Having led only 27 laps across the previous 15 grands prix in 2021, Bottas led 49 of the 58 laps to finally collect his first win of the season. It was a commanding performance in difficult conditions, with drivers remaining on the Intermediate tires throughout, and came a year after Bottas had one of his worst career displays in the similar weather at the same track. On that occasion Bottas spun six times, partly due to a damaged car, and trailed home 14th. There were no such dramas this time around as he won a Formula 1 race in wet conditions for the first time in his career.

“It was like night and day to last year and in terms of my race I probably had the worst race of my career here last year, now one of the best, so a lot better,” said Bottas, after win number 10 of his career. “It’s nice to have a win as a reminder you can win races.”

It was slightly atypical Formula 1 race, particularly one in which wet conditions prevailed. The front-runners stayed out for a lengthy first stint on Intermediate tires as they prepared for a slick tire crossover that never arrived. It wasn’t quite a procession but there was nowhere near the chaos that usually strikes when wet weather tires are required.

“It’s still easy to make mistakes and when you wear down the Inters, it’s almost like a slick tire and then it doesn’t really do well in the wet patches, so I was trying to avoid the critical bits,” explained Bottas. “It was not clear, at any point, if it was going to be dry or not, so we needed to go pretty long in the first stint, and it was good.” 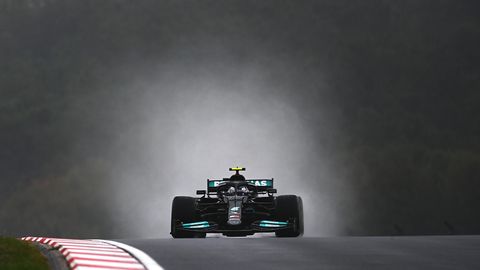 Bottas’ display meant the title contenders took a back seat, but they still had mixed fortunes as they continue their slog for the championship.

For Verstappen he was pretty much nailed on for second throughout, unable to offer a challenge to Bottas, but clear of rivals behind. He pocketed the 18 points on offer.

Hamilton, meanwhile, had a more complicated race. He moved up to fifth, from his penalised starting spot of 11th, and stayed out when Mercedes requested he pit for new Intermediate tires. That left him third but eventually, after 51 of the 58 completed laps, he heeded Mercedes’ request and came in for those fresh green-banded tires. The pitstop meant he dropped from third to fifth, behind Ferrari’s Charles Leclerc and Red Bull’s Sergio Perez, and he entered a graining phase on the tires that left him defending against AlphaTauri driver Pierre Gasly rather than attacking those ahead.

An un-amused Hamilton felt he should have stayed out, and nursed the worn rubber through to the flag, a feat achieved by Alpine’s Esteban Ocon, who ran the entire race on his starting tires to take 10th. But in the thick of a title fight Mercedes was wary that Hamilton’s worn Intermediates – having effectively become a near-slick tire – would suffer a significant drop in pace. They had seen Leclerc try a similar strategy and he suddenly hit a cliff that meant he hemorrhaged several seconds per lap to those on fresher tires. There were also worries about the safety of the tires, with supplier Pirelli cautioning about substantial wear.

While Ocon got to the flag he quipped afterwards that he was likely one lap away from a puncture on his Alpine with the tires almost through to the canvas. He did 57 laps rather than the full 58 compared to Hamilton as he was lapped, and his pace also deteriorated towards the end. That is a risk worth taking when one point is on the cards for a midfielder, but not for a front-runner pursuing a title. Pitting along with his rivals, rather than waiting for a dry line that never appeared, would have been the most prosperous option for Hamilton, but that’s easy with hindsight.

Hamilton explained his thinking. “We were having a debate at the beginning of the race: some members of the team thought it would dry in 10 laps, I thought maybe by lap 30,” said Hamilton. “Then by lap 30 it was very slippery and greasy. I don’t know why. For me I was third at one stage and hopeful I would miss a stop. Everyone else did that Inter switch and I was hopeful if there was another [stop] to slicks that would keep me in third, so it would gain me positions.

“If I’d stayed out you don’t know if I would have held position but I’m a risk taker so I would have wanted to take that risk, but you know, as I said, we started 11th today, got a new engine, so we got points.” 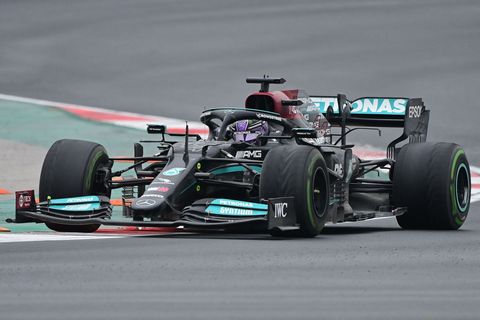 Hamilton was chilled about the situation that means Verstappen will head to the United States Grand Prix, on October 24 at the Circuit of the Americas, Texas, six points in front.

That event begins a triple leg in the Americas – with Mexico and Brazil scheduled – ahead of the Middle Eastern showdown in Qatar, Saudi Arabia and Abu Dhabi to complete an enthralling season. 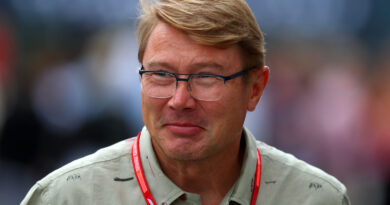 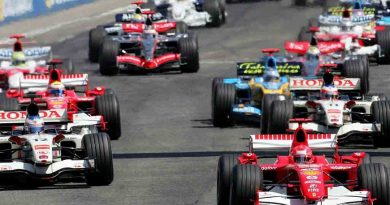 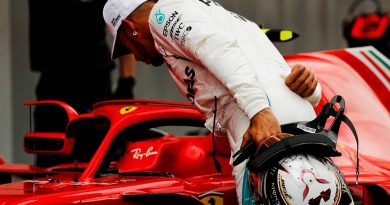