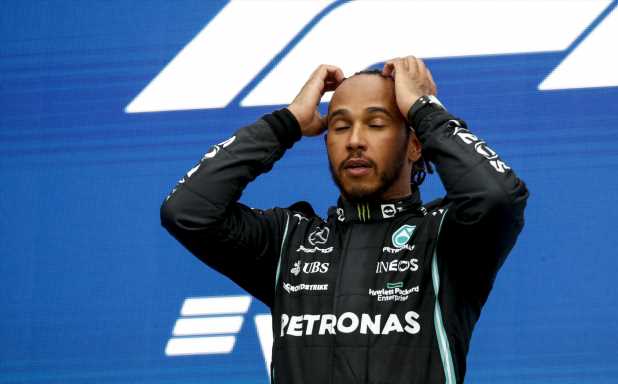 From a delayed call to swap tyre compounds in qualifying to a quick one in the race, Mike Elliott has spoken of the “balancing” act that was the Russian GP.

Arriving at the Sochi circuit with a 100 percent win record, Mercedes were expected to dominate the Russian Grand Prix weekend.

But a late call in qualifying meant Lewis Hamilton lined up fourth on the grid with his team-mate Valtteri Bottas qualifying P7, but only starting 16th due to an engine penalty.

Mercedes’ technology director Elliott admits in “hindsight” Mercedes got it wrong in qualifying, Hamilton and Bottas two of the last drivers to come into the pits to swap their intermediate Pirellis for slicks.

“It is actually really, really tricky in those situations to know what we should do,” he said in Mercedes post-Russian GP review.

“The strategists are looking at the delta times to try and work out whether we are at crossover between the intermediates and the slicks yet.

“We are listening to the driver information, we are looking at the weather forecast, we are trying to take in all that information and decide what we should do.

“When you look at what happened in Q3 we were right on the border line and it was a really tricky call. And actually the problem for us was that we were actually on the wrong bit of the track at the wrong bit of time, so others were able to make that decision, come in and get two clear laps on the slicks.

“For us by the time we made the decision we only ended up with the one lap and the consequences of that were clear. It is clear that in hindsight what we needed to do was a prep lap to get the best out of the tyres for the fast lap that was needed.”

But while that call was delayed, Mercedes’ decision to pit Hamilton and Bottas when the rain began to fall in the grand prix was spot on.

Running second behind Lando Norris when a late rain shower hit the circuit, Hamilton initially ignored Mercedes’ advice to pit but with the team adamant it was the right decision, pitted a lap later.

He won the grand prix while Norris, who stayed out longer before coming in for inters, finished down in seventh place.

Bottas, who had been outside the points when the rain arrived, finished P5.

“I think the reality in these situations is really, really difficult for the strategists to get it right,” Elliott said.

“Let’s just talk a bit about Valtteri first, with Valtteri we were outside of the points and that gave us some options to play with, it allowed us to take some risks with Valtteri that maybe we couldn’t have done with Lewis.

“As a consequence, we were already thinking about the weather and thinking about if there is a chance to switch to Intermediates do we go early? So that was probably an easier call.

“With Lewis we knew we were in second in the race and we knew if we got that wrong we could fall right back down in the field. So it is a much more challenging call.

“But the strategists are looking at lots of different bits of information. They are looking at the timing from each sector and trying to work out are we going to transition between slicks and intermediates?

“They get the information fed into them about the weather from the weather radar and they are also listening to the driver feedbacks and the drivers telling them how they feel the circuit is like.

“So that position, we got a half dry circuit, a half wet circuit. It is a really difficult call to make, probably one of the most difficult things for the strategists to do. And the bit that really made the difference for us was the weather radar and the person that was looking at the weather radar made a very clear call.

“What they said is they expected more rain before the end of the rain, the track was actually going to get wetter and that’s what tipped the balance to the decision of pitting for the intermediates.” 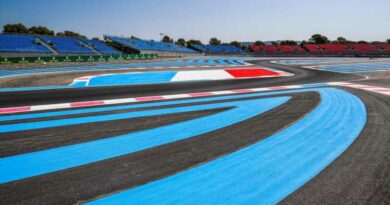 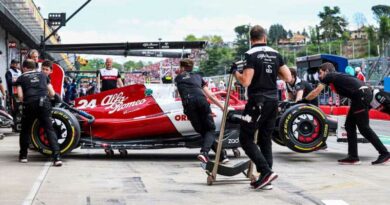 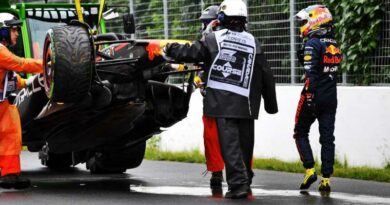