Zak Brown is not one to shy away from the bully pulpit in his role as CEO of McLaren Racing.

The American marketing whiz and former racer now heading the fortunes of the McLaren F1 team, has had a few years to familiarize himself with the F1 landcape. He was named executive director of the McLaren Technology Group in 2016, and two years later named to the top spot at McLaren Racing.

Before that, he was busy running Just Marketing International—one of the world’s top marketing outfit.

Now, Brown is spreading his wings and ruffling a few feathers outside of his own team. This week, Brown, 49, posted a 3,500-plus (that’s a lot, folks) word manifesto about the state of Formula 1. And Brown offered more than just a critique, he offered a few solutions to perceived problems he sees in the series often referred to as “the pinnacle of motorsport.”

Among the things that Brown wants to see pushed to the front burner:

• More growth in the United States and China

• Continued growth in social media and those platforms not long ago thought of as non-traditional outlets (think Drive to Survive on Netflix).

• Limiting the schedule from its current 23 races to a more manageable 20 races—with as many as 15 races fixed to the schedule annually and another 10 rotated throughout other markets.

• F1 to take a harder look at the team alliances (ie Red Bull/AlphaTauri, Mercedes/Aston Martin/McLaren/Williams, Ferrari/Haas/Alfa Romeo) which creates voting blocks and does not foster true competition between the 10 teams on the grid.

• More secret-ballot voting on issues to combat some of the pressure customer teams may feel when casting ballots for change.

“We must continue to drive through change for the future prosperity of our sport,” Brown says. “The impact of the pandemic forced the world to re-examine many of its values. It coincided with a wave of historic protests, highlighting social and racial injustices, while the dark days of lockdown also gave us time to think about the impact we all have on the world and the need to drive harder to reduce and tackle the effects of climate change.”

Brown is more than happy to serve as an agent of change, and he’s happy what he sees in F1’s new chief executive Stefano Domenicali.

“We must continue to reduce costs, drive expansion in key markets, grow our fanbase, champion sustainability, increase diversity and inclusion, all while ensuring the governance of our sport is both transparent and fairer for all,” Brown says. ” I believe Stefano will lead us into a realm of fresh thinking with an energy bound in both a knowledge and passion for motorsport. And as the progressive tenure of FIA president Jean Todt comes to its natural conclusion, I hope that when he hands over to his successor, the partnership between the governing body and F1, the commercial rights holder, will continue to thrive.”

The sport and the planet, according to Brown, must continue to keep the pedal to the metal on the issue of sustainability.

“The climate change emergency is having a profound effect on every global organization and we at McLaren are not alone in developing our sustainability agenda as we strive towards a net zero carbon footprint and transition to circularity,” Brown said. “And the positive changes we are making to navigate this transition will continue to instill confidence in our fans, investors and stakeholders. But as a sport we must continue to prioritize action in this area.”

McLaren was the first F1 team to be certified as carbon neutral.

“This is a continuous journey, which affects everyone in their daily lives,” he said. Whether it’s small things, such as eliminating single-use plastics, or on a larger scale in following the guidance of the United Nations’ Sustainable Development Goals to be net carbon zero by 2030, or our transition to a circular economy through waste reduction, reuse and recycling.

“More importantly, it’s our ambition to extend this drive beyond mere compliance and to actively find and deliver solutions to the environmental challenge. For example, McLaren became the first Formula 1 team to use natural fiber composites. Working with a sustainable lightweight specialist, we developed a natural fiber racing seat which had the same strength and stiffness but with a 75% lower CO2 footprint than its carbon fiber counterpart.”

“We’re so busy running the sport and competing, that it’s easy for us to look no further than the next few races or season,” Brown says. “F1 can benefit from seeking advice from world-class experts in areas such events, sustainability, digital marketing and fan engagement.

“At present, recommendations and even decisions on these strategic imperatives are being taken by racing people who know a lot about racing but aren’t subject matter experts and specialists in these key areas. The sport would benefit from outside perspectives through a marketing council that can address, advise and help innovate new directions to grow Formula 1.” 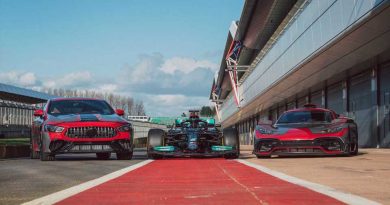 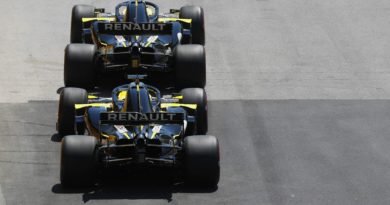 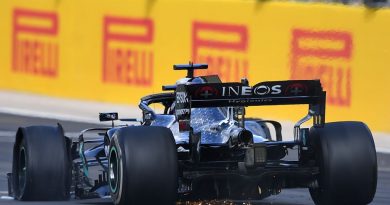