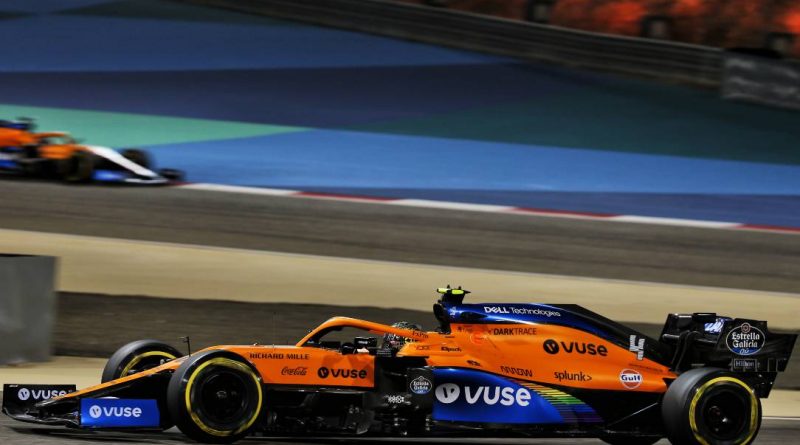 McLaren principal Andreas Seidl says his team won’t be getting “carried away” by their double-points finish in the Bahrain GP.

The Woking outfit are locked in a fierce battle for P3 in the Constructors’ Championship with two rounds of the season remaining, and at the Bahrain Grand Prix, that battle took a big twist in McLaren’s favour.

Racing Point’s Sergio Perez would retire from P3 in the closing stages due to an MGU-K failure, promoting Lando Norris to P4 and Carlos Sainz to P5 meaning McLaren added 22 points to their tally.

For Racing Point it was zero since Lance Stroll had also retired in the early stages after being sent upside down in a collision with Daniil Kvyat.

That means that heading into the Sakhir Grand Prix, McLaren hold P3 in the Constructors’ standings by 17 points over Racing Point.

However, Seidl acknowledged the good fortune for his team in Bahrain, and said they would not be getting “carried away”.

“Obviously the outcome is great for us, for this battle in the Constructors’ Championship,” he said after the Bahrain GP, as quoted by Autosport.

“At the same time, we’re also aware that we benefited from the bad luck Checo had.

“But we also had races like this in this year, it is simply part of the competition we are in. It’s important to not get carried away with the result, we just need one bad race or a DNF and it can switch back quickly.”

Seidl recently said that he didn’t think McLaren had either the third or fourth quickest car on the grid heading into the closing rounds of the season, but he believes their recent aerodynamic upgrades have had a positive effect.

“First of all it’s encouraging to see that the car was performing like that, and it seems that it’s down to all the upgrades that we bought over the last four or five races,” he explained.

“We can see the benefits of it, which is great, and great rewards for everyone back home who was involved in these developments.

“But again, it’s nothing to get carried away by, it’s simply important that we stay focused on ourselves, it’s important we simply keep working hard to make sure the reliability stays on the healthy side, it’s important to still see if we can extract a bit more from the car in terms of performance, and it’s important to keep doing a good job on the operations side and with strategy and pitstops on Sunday.

“But I have a lot of trust in the team together with our two drivers that we have it in our hands if we do our job.”

A small part of a bigger team who have worked tirelessly through a year like we have never experienced before.

Norris echoed the comments on his team principal, saying Perez was “22 seconds” up the road from him before his retirement, so it isn’t the time to start having a laugh and joke.

“It was a big day for us, I guess we weren’t expecting it at all,” he admitted.

“We were lucky with the Racing Point [Perez] not finishing in the end, he was on for a podium, so fair play to him. But they were way too quick for us, 21 seconds or 22 seconds ahead at the time.

“They have good pace, and they have through the majority of the year. But we’ve had some unlucky races this year too, where we’ve been fighting for big points, like for me at Nurburgring, and it could happen to us in the next two weekends.

“So it’s nothing to joke about or smile about or get too happy about, I think we just take it as an advantage. But we still focus on ourselves for the next few weekends.” 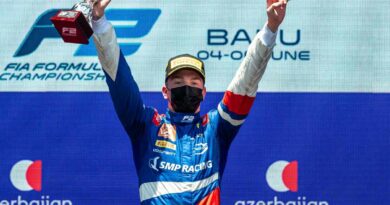 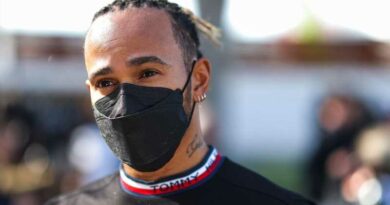 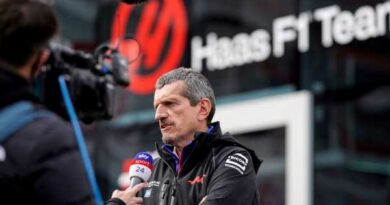 Guenther Steiner confirms he 'didn't talk' to Nikita Mazepin, sacked him in writing