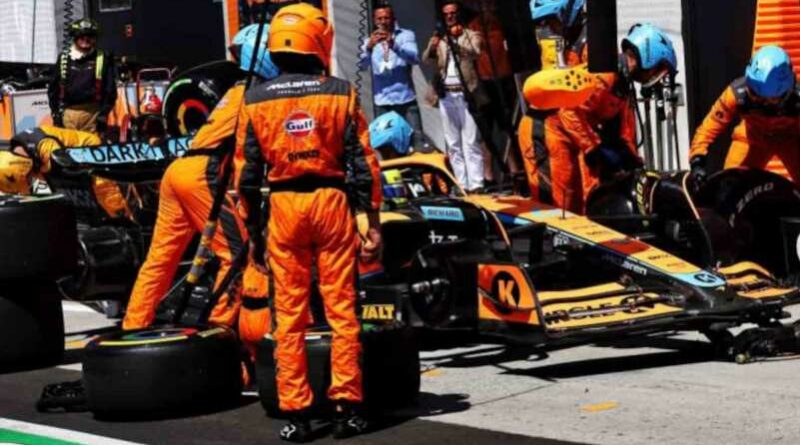 It’s one thing to have a pit stop go wrong in a grand prix, it’s quite another to have two go wrong in the space of 30 seconds but that’s the fate McLaren suffered in Montreal.

And it seems it was down to one man running late.

McLaren pitted Daniel Ricciardo, P9 and some six seconds ahead of his team-mate Lando Norris on the track, when the Virtual Safety Car came out after Mick Schumacher’s parked his stricken Haas.

With Norris over six seconds behind his team-mate, McLaren took advantage and also called the Briton in only for it all to go very wrong.

Ricciardo’s stop took around four seconds longer than it should have as, according to The Race, ‘the crew member responsible for removing the right-front tyre arriving late for reasons that are unclear’.

That meant the mechanic whose job it was to put the new wheel on also had to take the old wheel off, his colleague eventually arriving to help. And all the while Norris was creeping his way up the pit lane towards the McLaren box.

He stopped when Ricciardo eventually left, but then had problems of his own as one mechanic fitted a new medium to the left front of the car car only for that to be ripped off and replaced with the hard tyre that was supposed to go on.

Adding to Norris’ woes, his right front tyre was also late to arrive in a case of what could go wrong, did go wrong.

Ricciardo recovered only as high as P11 while Norris was 15th.

Team boss Andreas Seidl says McLaren have an internal review as to what went wrong.

Lando Norris: “There were mistakes from my side, mistakes from the team’s behalf and we’ll just need to step back, refresh, go again and do a much better job in the next one.” #F1https://t.co/dpazaIOb33

“On the operation side during the pit stop, he told Motorsport.com, “we had a communications issue that was in the end snowballing into this issue that we have seen.

“We need to analyse and come back stronger.”

Asked to explain what went wrong on the stop, he said: “Obviously, I don’t want to go too much into detail, because it’s something we have to review internally, as a team what went wrong there.

“Like I said before, in the end it was down to a communications issue within the team and that was causing the delays then.” 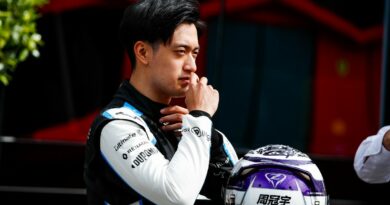 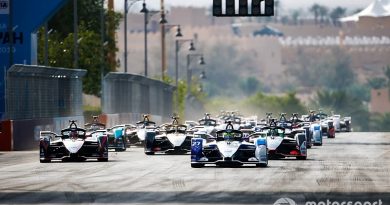 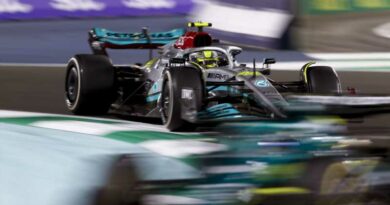