Jos Verstappen has described the lessons he taught his son Max about overtaking – only allowing him to do so in the trickiest places.

Passing rivals quickly became Verstappen junior’s trademark in Formula 1 and has helped him to become the outstanding competitor he is today – one that could be crowned World Champion at the end of this season.

As the son of an F1 driver, it is no surprise the Dutchman, who has just turned 24 years old, was given the perfect launchpad to become a racer, starting when he told Jos he wanted to take up karting at the age of four-and-a-half.

Natural talent was not in short supply but to complement that inherent pace, Verstappen senior instilled in Max the art of overtaking – a skill not quite as straightforward as it may appear.

“Even at karting level, I tried to teach him as much as I could,” said Jos during an interview with Speedweek.

“There are so many aspects to consider – the driving itself, how you overtake, then the set-up of your car. Overtaking was a huge issue for me because you can overtake the wrong way, in my opinion.

“If Max lost time in an overtaking manoeuvre, I tried to explain to him how he could do it better. This went as far as forbidding him to attack on the straights or in places that seemed too easy to me.

“I told him ‘you are only allowed to attack here, here and there, otherwise not’. And those were corners where the others might not attack. That’s one of the reasons why we have the impression in Formula 1 today that Max can overtake anywhere.

“An overtaking manoeuvre is not a product of chance. A driver has to keep a sharp eye on his opponent, spy on his weaknesses and really get to grips with his rival. Max trained and internalised this for years in karting.”

Composure is another attribute possessed by the Red Bull driver, but that one is less able to be taught.

“It’s always been like that,” added Jos. “Of course you can point out a lot of things to him, but this inner calmness corresponds to his character – you can’t train something like that.

“I know I’m not the easiest person to work with and I demanded a lot from Max. But he was able to endure it all. He has always been mentally very strong.

“With many victories, he naturally built up huge self-confidence step by step. And when you believe in yourself so strongly, that doesn’t go away.” 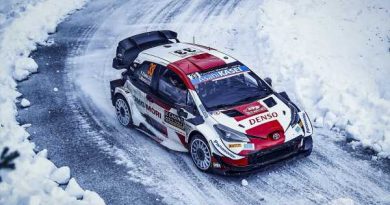