Home » Racing » 'Max Verstappen is stronger than his RB16b, Mercedes still have an advantage'

Max Verstappen was “stronger than” the car Red Bull gave him at the United States Grand Prix, which is why he took the win ahead of Lewis Hamilton.

That’s according to Dutch racer and pundit Tom Coronel.

Verstappen pulled off a surprise result at the United States GP when he ended Mercedes’ pole position run at the Circuit of The Americas and followed up with the win.

Going for an aggressive strategy that meant he ran long at the end of the race, Verstappen held off Hamilton to take the victory by 1.333s.

Red Bull were amazed by their driver, with team boss Christian Horner admitting he did not think Verstappen could pull it off, worried he would run out of rubber before the end of the race.

Helmut Marko said the team was shaking the entire race, adding it was “unbelievable how Max preserved” his tyres.

But while Red Bull are all smiles after the 24-year-old extended his lead in the Drivers’ Championship to 12 points, Coronel reckons Mercedes still have the better car and Verstappen was just better than his car at COTA.

“I have lost something of it, but I still saw the Mercedes was still the faster car,” he told Motorsport.com Netherlands.

“Well, Max did fine because in my opinion, Max was stronger than the car. There I see Mercedes still have a small advantage.”

And then there were five rounds to go…

This year’s championship has seen the momentum swing from Verstappen to Hamilton, back again, the other way, and now back in the Dutchman’s favour.

In a rivalry many believe is one that will go down in F1’s history annals, Coronel says the championship will only be decided on the final lap of the season-ending Abu Dhabi Grand Prix.

And he cannot wait to see how it plays out.

“I will be there in Abu Dhabi and I am going there to celebrate and that is only for one reason,” Coronel said.

“They [Hamilton and Verstappen] are both going all out, that makes it all very special.

“That’s why this is just going to be a really cool year, just pay attention.

“It’s been a cool year, but it’s going to happen in the last race, the last lap, the last corner. We want to see that.”

As for the Constructors’ Championship, Red Bull slashed their deficit to Mercedes to 23 points with their double podium finish at the United States Grand Prix.

Sergio Perez finished the race in third place despite being unwell and having a leaking water bottle that meant he did not have any fluids during the race. 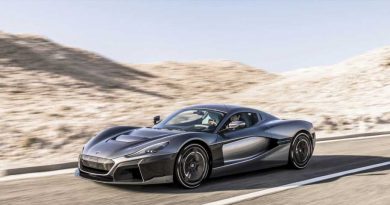 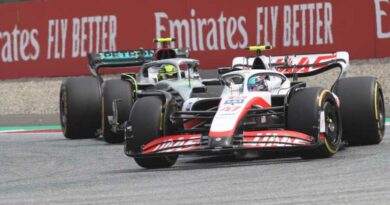 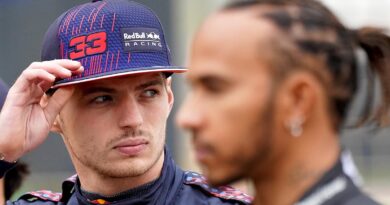