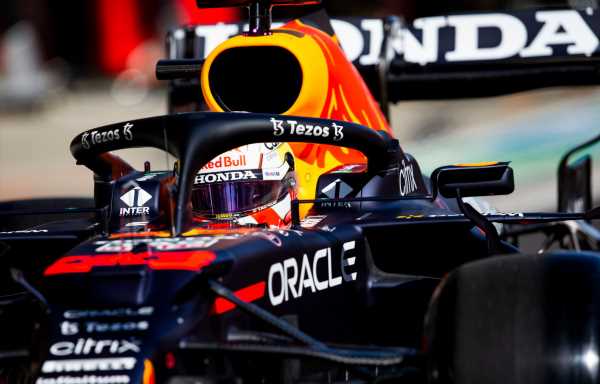 Max Verstappen concedes his chances of scoring good points in Russia could rest on a first lap incident at the front of the field.

The Dutchman is starting the Russian Grand Prix from 20th place on the grid, Red Bull have made the call to put him onto his fourth Honda hybrid system for this season.

With that penalty in mind, Verstappen put in all of two laps in qualifying, not even bothering to set a lap time.

Lining up at the very back of the grid, the Red Bull driver admits he probably needs things to go “a bit wrong at the front” for him to get a good points-haul this Sunday.

“I don’t know,” he conceded as per crash.net when asked about a potential recovery drive. “It depends on the first lap, on things that happen in the race.

“Of course I try to score points but I need a bit of help with things going a bit wrong at the front, so let’s see.

“At the end of the day you need to do it on your own. Whatever happens in the front, anyway, I’m not involved in that.”

And with not a lot to gain by being on track, @Max33Verstappen's qualifying session is over as Red Bull play it safe #RussianGP #F1 pic.twitter.com/3uJDasDH81

There has, however, been a bit of good fortune that has already come Verstappen’s way as, while his engine penalty completely negated his three-place penalty for colliding with Lewis Hamilton at Monza, his title rival isn’t quite as far away on the grid as he could have been.

On a day when Mercedes were expected to lock out the front row, Lewis Hamilton had a small crash in the pits that he wasn’t able to challenge for pole with Lando Norris taking P1 ahead of Carlos Sainz and George Russell.

Verstappen was impressed with the top-three’s performances in the changing conditions.

“Well, first of all, I think Lando did a very good job, and also Carlos… you know, George for sure he’s a very, very good driver, but when you can do these kinds of things, it also shows that the car isn’t that bad that people think,” he said.

“He scored points and he had [good] qualifyings, and for sure also in Spa – that car is not a Red Bull or a Mercedes but they also run more wing and more downforce, so naturally everything just starts to become a bit closer [in the wet].

“And nevertheless he still did an amazing job, but I think people have to understand that car isn’t as bad as people think it is.”

Due to his penalty and the decision not to run in qualifying, Verstappen got to sit back and watch his rivals battle it out on a drying circuit.

“I think in general it made the qualifying quite exciting,” he said. “You saw people going for slicks when the track was not quite ready but they were hoping for the track to improve and yeah, it was a nice top three I would say.

“I don’t expect George to stay there very long with the pace they have in the dry, but at least maybe at the start and the first few laps it will make it a bit more interesting at the start.

“I guess they [will] race as hard as they can to defend their positions but I just have to focus on my own race and try to get to the front, and then we’ll see what happens.” 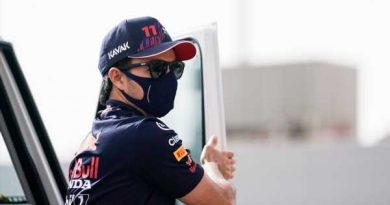 Sergio Perez adapting to 'winning is everything' RB mentality 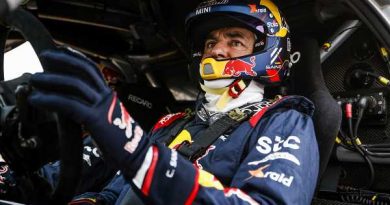