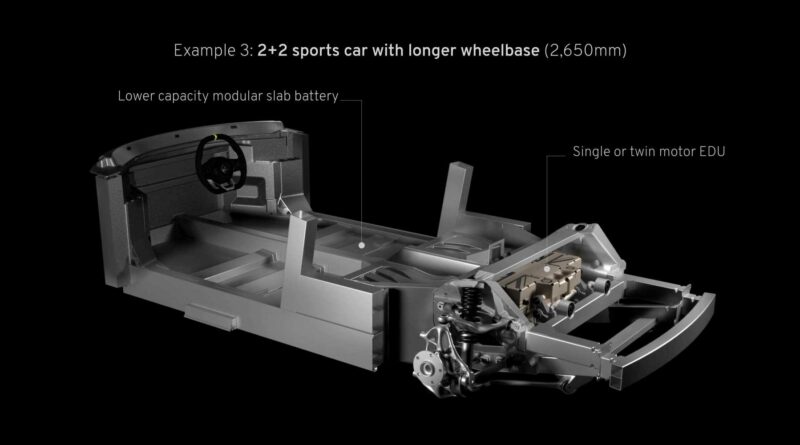 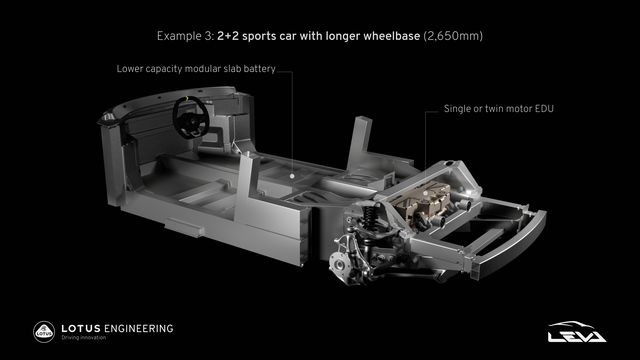 This electric future we’re all facing might not be so bad after all. Instead of just bland, efficient crossover SUVs, there will also be some very exciting sports cars.

Lotus has revealed the architecture that will underpin three such sports cars, one slated to arrive as early as 2026. That two-seater will be called the Type 135, but the new architecture will also support a longer wheelbase version and a 2+2 configuration. Battery sizes of the three coming cars will range from:

The cylindrical batteries will either be stacked behind the two seats or laid flat, skateboard-style, under the car in the case of the 2+2. The new platform consists of a rear subframe that underpins all three chassis configurations, while the rest of the chassis comes in varying sizes. The rear subframe alone is 37-percent lighter than the same component on the gasoline-V6-powered Emira, which Lotus has acknowledged is the last internal combustion engine vehicle it will make. 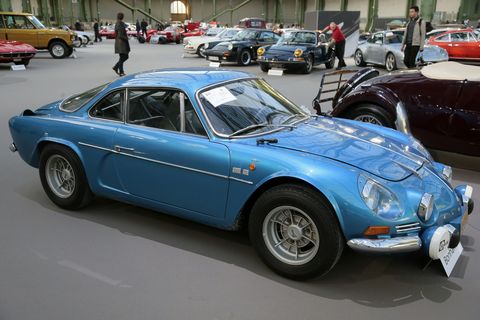 The new EV architecture was announced last October but has not been seen until now. It’s the result of Project LEVA, or Lightweight Electric Vehicle Architecture. LEVA is the product of a research program to accelerate the development of lightweight structures for “next-generation battery electric vehicles.” It won’t be limited to Lotuses, either, as a collaboration with Renault’s Alpine has likewise already been announced and Lotus has said the platform will be “commercially available.” Remember, Tesla started out on a Lotus.

“This unique degree of flexibility and modularity in wheelbase and propulsion solutions will be the genes for a wide variety of electric vehicle applications,” Lotus said in a statement. “These could be for the eagerly anticipated Lotus electric sports car—scheduled for launch in 2026—as well as for third-party clients through Lotus Engineering.”

It’s a different take on the traditional Lotus philosophy of adding lightness.

“Today’s EVs are heavy in comparison to their ICE equivalents, so the ARMD funding (a UK government grant) has helped Lotus to innovate earlier in the product cycle and develop a new vehicle architecture that targets lightweight and performance density from conception,” said Richard Moore, executive director of engineering at Lotus Cars. “Rather than developing a single vehicle, it means Lotus now has the ‘blueprint’ for the next generation of electric sports cars, for future Lotus products and for the Lotus Engineering consultancy to commercialize.”

“Project LEVA is as revolutionary now as the Elise architecture was in 1996,” said head of vehicle concepts Richard Rackham, best known for his revolutionary work on development of the extruded aluminum Lotus Elise architecture 25 years ago. “In true Lotus spirit, significant weight savings have been achieved throughout, with a focus on ultimate performance, efficiency, and safety being engineered into the structure from the outset—for example, by utilizing the vehicle structure as the battery enclosure, having an integrated EDU (electric drive unit), eliminating subframes and optimizing the multilink suspension components,”

Looking forward to seeing all of these 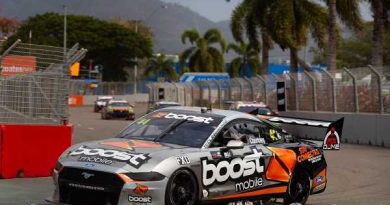 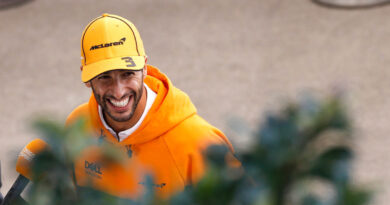 Fernando Alonso Shares a Scary Truth About the Indianapolis 500