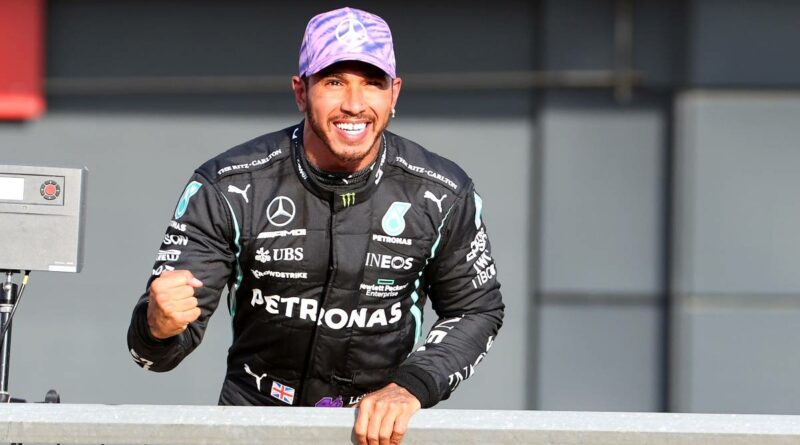 Lewis Hamilton revealed his Friday morning off had been spent on the Mercedes sim as he hit back at Max Verstappen on his Silverstone home patch.

In Formula 1’s first trial of a sprint qualifying weekend, Hamilton had the Friday night feeling to outpace his recently-dominant Red Bull rival.

The usual one-hour qualifying session was brought forward from its traditional Saturday slot but that did nothing to disrupt the seven-time World Champion, who set the fastest time in front of a packed British Grand Prix crowd to clinch P1 for sprint qualifying.

It set up what could be the first of two on-track wheel-to-wheel battles between the title protagonists this weekend, with Verstappen alongside Hamilton on the front row when the drivers will race over 17 laps to try and claim pole position for Sunday’s main event.

With only one free practice session, which took place on Friday afternoon, Hamilton said his unfamiliar morning off on a grand prix weekend had been used wisely at the factory just down the road in Brackley as Mercedes aim to end a run of five successive Red Bull wins.

“I was in the sim this morning, just using it as a practice session because it’s the first time we’ve ever had a morning free, just putting in the time trying to give absolutely everything and leaving no stone unturned,” said Hamilton, who freely admits to not usually being a fan of the simulator.

“I wasn’t going to sit around and waste time, let’s get to it. We did a practice session this morning on there, just trying to develop it and give the guys as much information as possible as we are developing the car.

“We are squeezing every ounce of performance from this thing and it was holding together today, so I’m over the moon.”

Enjoy that one, Team? 😉 #FridayFeeling pic.twitter.com/0xWhpeX8kh

In Q3, it was Hamilton’s first flying lap that got the job done as on his second, he made a mistake towards the end when looking set to go faster, but on neither occasion could Verstappen leapfrog him, ending 0.075sec down.

“It feels like such a long time since we’ve been able to get anywhere near [Red Bull], so this is incredibly special and obviously to do it on your own turf, there’s no greater feeling,” added the 36-year-old Briton.

“But that’s only one step forward – we’ve got that race tomorrow, which will be incredibly tough, but I think I’ve got the car in a good place. But that’s when the work gets done, the next two days.

“The first lap was great, the second was looking even better but I just lost the back end in that last corner, so my heart was in my mouth as I came across the line. I could see the crowd and it was really reminiscent of my first pole here in 2007.”

An emotional Hamilton paid tribute to the fans, 140,000 of whom could attend on race day at what is an official test event for the return of spectators to sporting venues in the UK.

Hamilton said: “I’m so grateful to see everyone here, we’ve missed you for a whole year, so to come to the Silverstone Grand Prix and have a full crowd like this…

“You see the energy and when I was coming into it I was hopeful that the great work we’ve done together in the team, plus the energy of the fans, would get us there. This is down to the fans, I think.”

Mercedes would be ‘naive’ to underestimate Red Bull in Hungary 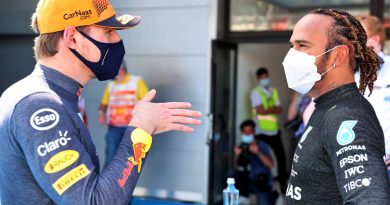 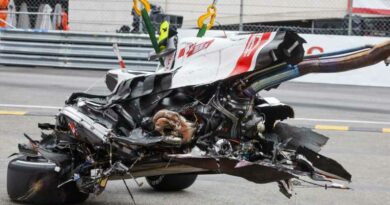 Mick Schumacher's repair bill not as bad as initially feared