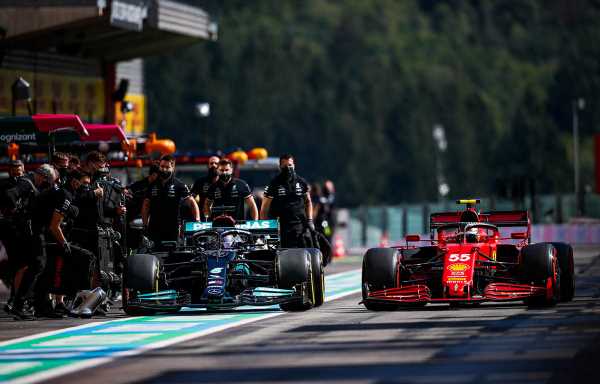 Formula 1 boss and ex-Ferrari chief Stefano Domenicali has compared Lewis Hamilton’s non-move to the Scuderia as a “sliding doors” moment in the sport.

Hamilton has been linked with a move to Ferrari throughout various stages of his career, most recently in 2019 after he held two meetings with Ferrari president John Elkann.

However, Hamilton ultimately decided to commit his future to Mercedes and that, it appears, was the last real chance to see the seven-time World Champion drive for the Prancing Horse before he retires from Formula 1.

Hamilton was recently asked about why a move to Ferrari never materialised and said he did find it “amazing” that the stars never aligned between the two of them.

“For years, whenever I go to Monza and see the fans, I hear them saying ‘come to Ferrari’,” Hamilton told Sky Italia.

“It warms my heart, but it’s pretty amazing I’ve never driven for Ferrari after so many years because it’s a dream for everyone, a goal to be achieved.

“It’s never really been possible and I will never quite know exactly why.

“I wish them the best and in the near future I will just have to stop them from winning the World Championship instead.

“I have a couple of Ferraris at home I can drive, but not the F1 Ferrari.”

Ex-Ferrari chief Domenicali was asked for his take on the Hamilton/Ferrari talk and confirmed that the move was even discussed during his time as the main man in charge of Ferrari from 2008 to 2014.

Reflecting on the last 99… 🤯 still can’t believe it. THANK YOU 💜 pic.twitter.com/tPAPxZeicZ

“To be honest, yes,” Domenicali told Sky Sports F1, when asked if he thought about signing Lewis Hamilton when he was boss at Ferrari.

“This is true and we discussed that, but I think the answer that Lewis was able to give was the right one.

“I think that period of him [potentially joining Ferrari] has passed away.

“There are moments in life, there is a movie that is very important to remember [for moments like this] ‘Sliding Doors’.

“There are moments where if you get into a elevator and you stay on another floor [as opposed to the original destination], so that was the situation with Lewis in that specific time of his life.

“But I don’t think he can blame his choice, at least, because he has had an incredible career.”

In the same interview with Sky F1, Domenicali revealed some further details about the upcoming 2022 calendar which include a mid-November end date and “seven or eight” sprint race weekends being added. 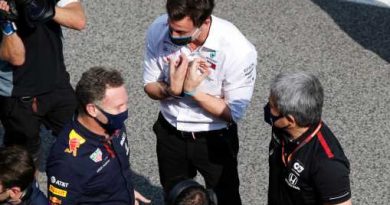 Sebastian Vettel concedes ‘mistakes have crept in’ in F1’s midfield