Lewis Hamilton has once again taken to Instagram, this time to address the comments he made about Valtteri Bottas after the Mexican Grand Prix.

After Mercedes landed a shock front row lock-out in Mexico City, there was renewed hope at Mercedes that Hamilton could eat into Max Verstappen’s World Championship lead – but that hope soon disappeared once Verstappen swooped into the lead from P3 at Turn 1.

Verstappen’s race-winning move prompted Hamilton to say in the post-race press conference that Bottas “obviously left the door open” for his World Championship title rival, clearly expecting his team-mate to be at least a little more aggressive in his defence.

But while many saw those comments as Hamilton pointing the finger at Bottas, he made it clear on Instagram that he wasn’t purely blaming him for the reason why he now has a 19-point gap to close in the World Championship battle.

“We all have bad days,” Hamilton wrote.

“We live and we learn. Yesterday I said that Valtteri left the door open and naturally people will jump to criticise.

“We are a team, and we win and lose as a team. There is not one single person responsible for winning or losing, we do it together good or bad.

“You may be able to beat us, but you cannot break us!

“Onto the next one, Valtteri, let’s keep pushing, bro.”

I left it all out there and sometimes that’s just not enough. We pick ourselves up, dig deeper than we ever have before, and keep on fighting. Ive got to wish Checo congrats — first Mexican driver to ever take podium at the Mexico GP. Push on, still we rise. pic.twitter.com/SpFlDZCivF

The post came soon after Hamilton also clarified his comments made about Sergio Perez in the paddock area following the Mexican Grand Prix.

“I started second and finished second, so I can’t complain,” Hamilton told Sky F1 after the race.

“Jeez, their pace, it was just unbelievable today, and there was nothing I could do to battle that – and when you’ve got Checo on your tail, then you know the car is quick.”

Again, many saw that as a disrespectful dig to Perez, but Hamilton said that was not his intention when making the remark.

“Just want to make sure people don’t read what I was saying wrong yesterday,” he wrote in his story.

“I have a lot of respect for Perez and think he’s doing a great job in his new team.

“He’s improved so much this season and I know how hard it is to progress with a new team, it takes time.

“My comment was that simply following another car in Mexico is the hardest thing due to the low drag we all have.

“That’s why there is very little overtaking. However, he was able to follow so closely which highlights just how much more downforce they were able to carry.

“Big up Checo for keeping it clean.” 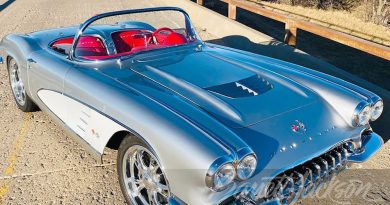 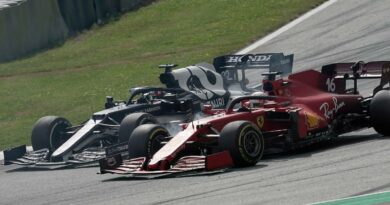 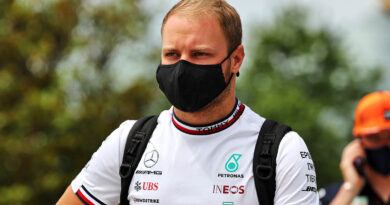 'Public mud-slinging' between Bottas and Mercedes