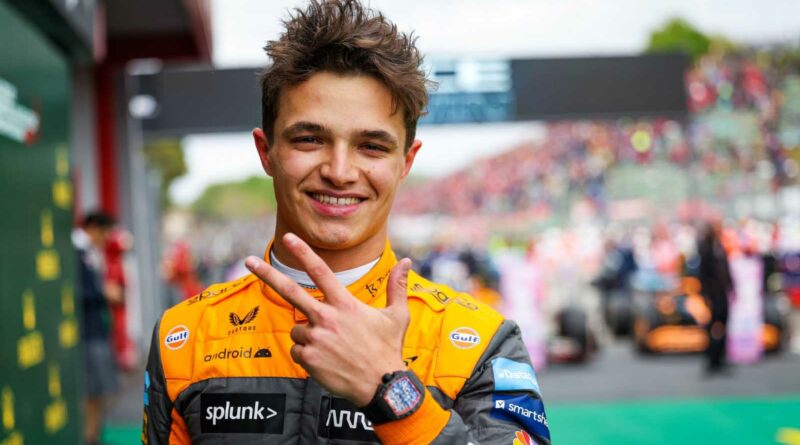 Lando Norris revelled in his podium finish at Imola, adding that his McLaren team “deserve” their success after a tricky start to the year.

Having been rooted towards the back end of the midfield at the season opener in Bahrain, McLaren have steadily got themselves back towards those around them – and Norris rewarded the team by taking a surprise podium finish in tricky conditions on Sunday.

He qualified superbly on Friday and kept himself in contention in sprint qualifying on Saturday, starting P5 and benefiting from both Ferrari drivers’ misfortunes – Carlos Sainz’s collision with the sister McLaren of Daniel Ricciardo, and Charles Leclerc’s unforced spin late on promoting him up the field.

But such was his advantage over those behind, Norris ran something of a lonely race as he could not match the Red Bull drivers ahead but was able to keep George Russell’s Mercedes at arm’s length.

Unsurprisingly, he was thrilled with a second consecutive podium finish at Imola.

“Amazing race, amazing weekend to be honest,” Norris said after the race. “I’m happy. The team deserve it. From where we were in race one to now scoring a podium they all deserve it, so top job to the team.

“I think today and this weekend, it wasn’t necessarily all about the car. I think a lot of it was the teamwork. The pit-stop was amazing and just how we executed the weekend, which is what gave us this result.

“With the start, the strategy, the qualifying, judging the tyres and all of this stuff, the smaller things you don’t get to see, it’s what got us this podium today so it’s lovely to see.

“I guess fourth would still have been an amazing position, amazing result for us and better than we were expecting coming into the race and into the weekend for sure.”

Having seen the work behind the scenes at McLaren, the 22-year-old added he was happy to see how well the team had performed – although he admitted the small upgrades they had brought to Imola were not enough for him to believe they would make the jump in performance they eventually managed.

“We worked so hard in Bahrain and we got so little out of it,” said Norris. “And even the more effort we put into the last few races, it’s nice to see it paying off in a way. Honestly, we brought some small things but nothing which has boosted us into P3.

“Me being me, I don’t believe we had the third best car today behind Red Bull and Ferrari. The Alfa Romeo was extremely fast as well. The improvements we’ve been bringing are definitely moving us forward, slowly forward, and we definitely need to try and keep that up.” 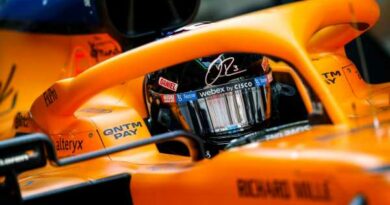 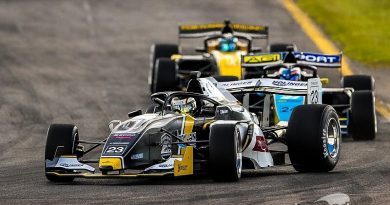 S5000 to race at Sandown Supercars round 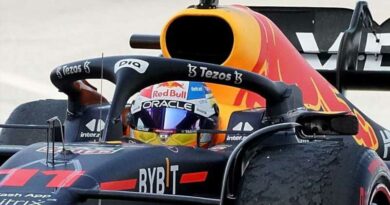