Home » Racing » Kimi Raikkonen: 'Why would I get emotional' about retirement?

With less than 10 days remaining in his F1 career, Kimi Raikkonen seems perplexed as to why anyone would think it is a sad occasion.

The Finn announced earlier this year that 2021 would be his 19th and final season in Formula 1.

Having made his debut with Sauber back in 2001, Raikkonen will end his career with the Hinwil team, now known as Alfa Romeo, having also had stints at McLaren, Ferrari and Lotus.

With one World title from 2007, 21 grands prix wins and 103 podiums, it is fair to say that he has had a successful time in the sport.

But it is chapter that he is more than happy to close.

Speaking to the media in the Jeddah Corniche paddock ahead of his penultimate grand prix, he was asked if he was feeling at all emotional.

He gave a rather Kimi answer.

“No, why would you get emotional about it?” he said as per F1i.com.

“I’m looking forward to it. I’m happy that it’s soon over. So it’s nothing sad, nothing bad about it. I think it’s good.”

Why change the habit of a lifetime, right Kimi? 😂#SaudiArabianGP 🇸🇦 #F1 pic.twitter.com/x5GGw1PnFD

Alfa Romeo threw Raikkonen a farewell party in the build up to the Saudi Arabian Grand Prix, the 42-year-old and his family cheered on by the team personnel.

It was the driver’s final visit to Hinwil, and it was “nice”.

“[It was] the last time I go there, so I went with the family, stayed there for a while and so I saw all the people and signed quite a bit of stuff for them,” he said.

Raikkonen has yet to announce what, if anything, he’ll be doing next season in terms of motor racing.

But while he may still keep an eye on Formula 1, one thing that he is unlikely to do is set an alarm to watch it on a Sunday.

“I’m sure not, but probably… I’m sure I’ll see some of them” he added.

“I don’t know fully, but we’ll see what happens.

“I doubt that I’ll put on an alarm clock to make sure that I don’t miss it, but I’m sure I’ll see some of them.”

Raikkonen has scored 10 points this season, sitting P16 in the Drivers’ Championship. 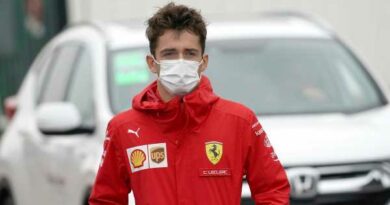 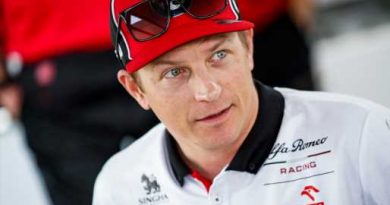 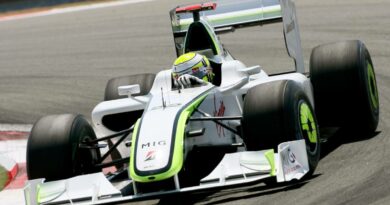 Honda: Similarities in development of Brawn and Red Bull cars