Jolyon Palmer thinks the stewards must have had the 2019 Canadian Grand Prix in mind when they decided not to penalise Max Verstappen in Brazil.

The most controversial moment of the Sao Paulo Grand Prix came with just over 20 laps to go when Lewis Hamilton, who had been hunting down his title rival, made his first attempt to overtake.

Trying to go around the outside at Turn 4, the Mercedes man was forced wide by the Dutchman, causing both of them to go off-track.

It seemed likely the Red Bull driver would get a penalty but, to the surprise of many, the stewards ruled no investigation was necessary – a decision that has since been officially questioned by the German team following the emergence of previously unseen on-board footage.

Palmer says it was a clear penalty and thinks one was not given as the stewards wanted to avoid a repeat of what happened in Canada in 2019.

There, Sebastian Vettel, holding off Hamilton, went onto the grass but just about stayed in the lead, squeezing the Mercedes when returning to the track.

He was ultimately deemed to have rejoined unsafely and therefore had the win taken from him after the race, with the then-Ferrari man being given a five-second time penalty.

“You couldn’t get a more obvious case of forcing another driver off the track if you tried,” Palmer said of the incident between Verstappen and Hamilton, on the Chequered Flag podcast.

“I don’t know how you could make it clearer and yet there was no investigation.

“It’s one of those ones – I think the stewards, it all comes back to that Canada 2019 Vettel penalty and it ruined the race for everyone watching it.

“We didn’t get that here and we had a great spectacle, but if Hamilton hadn’t have won the race on track I think it would be a bit of an outrage.”

Every angle on their Lap 48 battle 👀 #BrazilGP 🇧🇷 #F1 pic.twitter.com/9NLHajCiPv

The battle between the two was crucial for the title fight, with Hamilton ultimately getting ahead and closing the gap to Verstappen by seven points heading into the final three rounds.

Given its importance, Palmer understands why the 24-year-old was so aggressive but says that sort of driving cannot be allowed in the sport.

“I can understand why he did it because it’s an all or nothing, chuck it in and just see what happens. If he doesn’t do it he’s lost the place, so he might as well try,” he said.

“But it can’t be fine to do that, to drive your rival off the road and to be so far off the road yourself in doing it. It’s quite clearly forcing another driver off the track.

“If Verstappen stays on the track but forces Hamilton off, you are talking about forcing a driver off the road. Is it okay? That’s a grey area.

“But I don’t see how there is a grey area in this. Verstappen was so late on the brakes, scythed his way down the inside, Hamilton slowed down enough to make the corner but there’s nowhere he can go and Verstappen has just flung himself so far off the corner anyway just to keep Hamilton behind.” 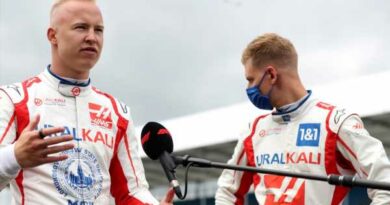 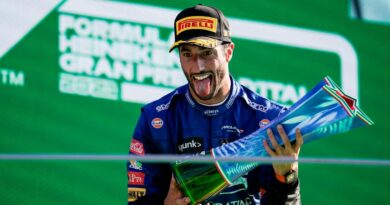 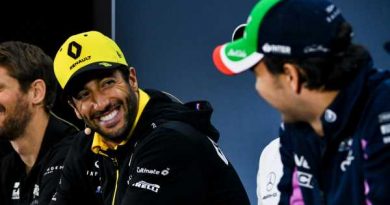 'Bring Cyril Abiteboul back to fulfil his tattoo bet'