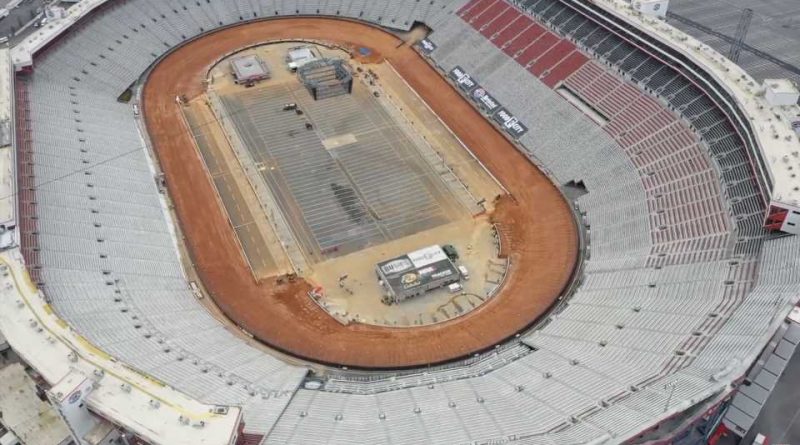 This Sunday, for the first time in over half a century, the NASCAR Cup Series will return to its loose-surface roots by racing on dirt once again. Not by visiting one of the hundreds of dirt short ovals dotting the nation, but by turning Bristol Motor Speedway in northeast Tennessee into one. And contrary to what some may expect, the process was anything but a breeze.

2021 actually marks the third year Bristol has been run as a dirt oval, with the track laying down clay in 2000 and 2001 for NASCAR-adjacent World of Outlaws. Though the conversion reportedly drew in fans, trucking in all the necessary dirt reportedly wore heavily on local roads, and when all was said and done, track operators had to clean the surface up again. This time around, the process involves just as much heavy lifting, but technological advances and a bit of clever thinking let track owners do the job smarter, rather than harder. 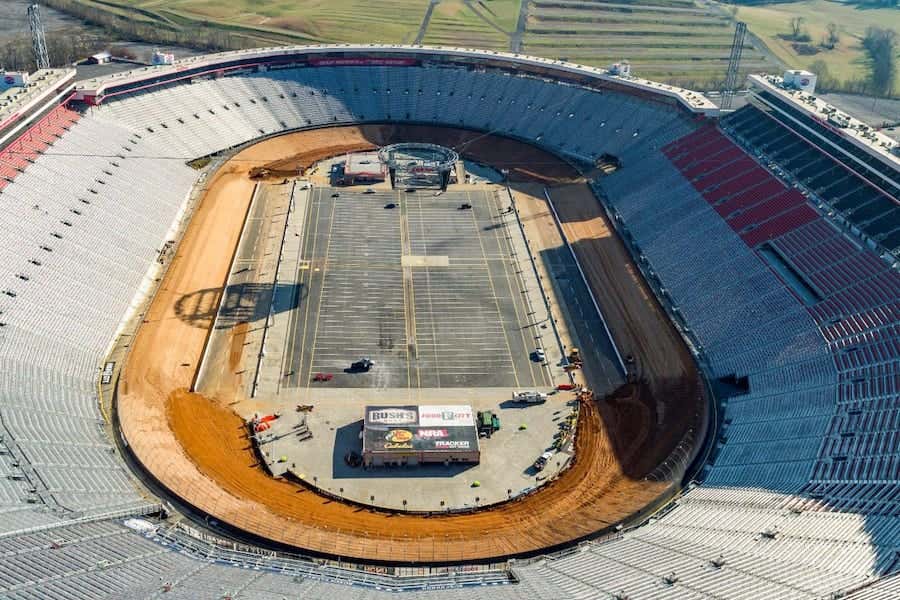 The three-month conversion process began Jan. 7, reports ESPN, with a scattering of sawdust—an insulating layer that’ll simplify cleanup. According to Autoweek, this layer extended down onto Bristol’s infield apron to widen the racing surface from 40 feet to 50, consequently reducing the banking from 24-28 degrees to 19. This will reduce vertical and increase lateral cornering loads, which NASCAR hopes will make racing more competitive. 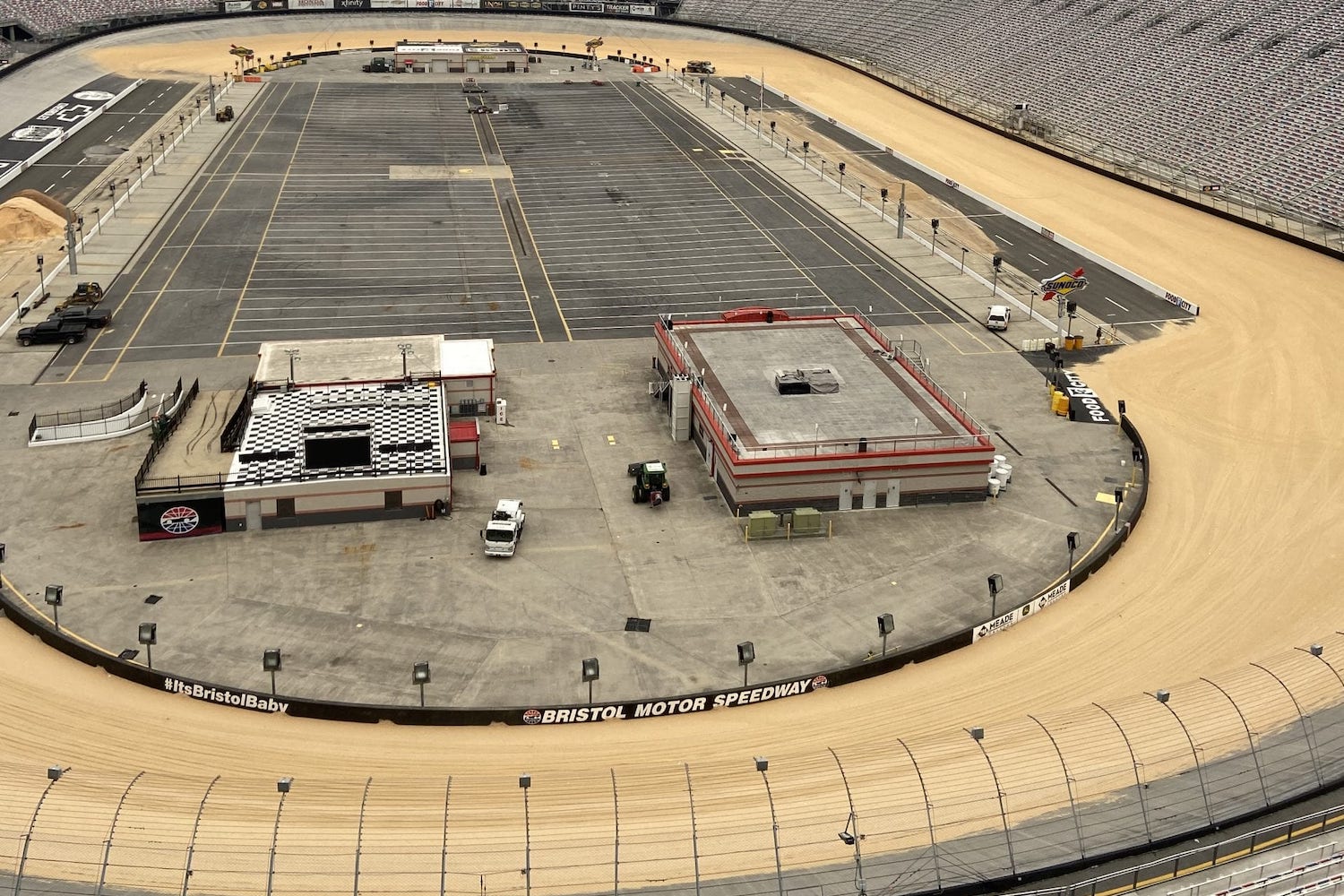 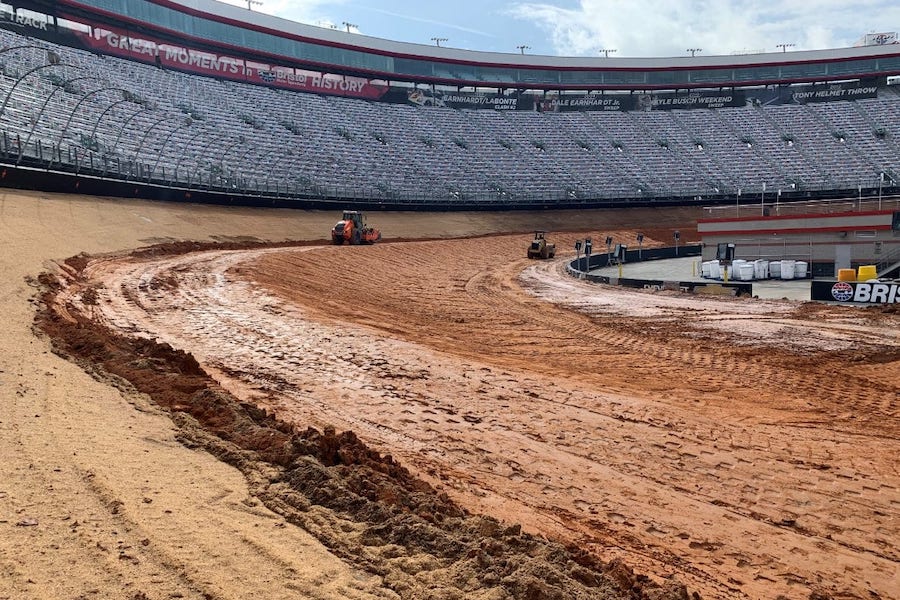 Next came foundational and filler layers of dirt. Some of it was repurposed from Bristol’s last dirt conversions—it had reportedly been stored nearby. This earth was spread and compacted precisely using GPS-equipped bulldozers and graders, to ensure an even, stable surface. Timing and scoring equipment was laid down before the completion of the final layer, the racing surface, whose construction proved deceptively complex.

When it comes to building an unpaved oval, a dirt-is-dirt attitude is a recipe for disaster. Soil with too much sand can reportedly accelerate tire wear and retain little moisture, while too much silt results in an unstable surface. Dirt tracks need the right proportions of these to clay, plus a specific pH generated by microbial life to produce a stable surface that retains moisture and thus doesn’t kick up too much dust.

Finding a suitable surface material reportedly required scouting 20 separate sites, and sending off soil samples for analysis. With appropriate earth identified—mercifully, nearby—the material was then trucked in to bring Bristol’s total dirt import to a reported 2,300 truckloads, or the equivalent to 23,000 cubic yards, weighing some 30,000 tons. This final layer underwent the same careful distribution and grading process before being tamped down with test cars, and finally, a trial last weekend by Dirt Late Models.

NASCAR will get its racing boots dirty starting today, Friday, with practice sessions for both its Truck and Cup series for their respective races on Saturday and Sunday. World of Outlaws will get its own chance at the dirt next month before track management begins cleaning the mess up in preparation for NASCAR’s return in September for an asphalt race—though one imagines it’ll be hard to completely hide the evidence of hundreds of cars roaring around on dirt. 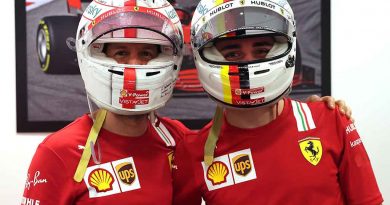 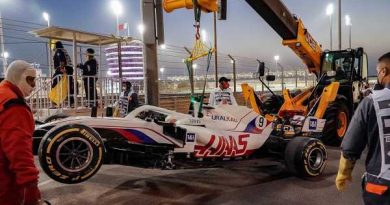 Haas: Just beating Williams will be an achievement 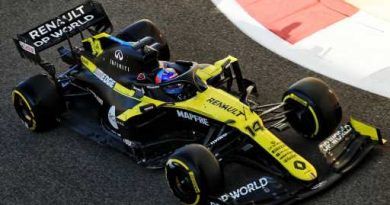